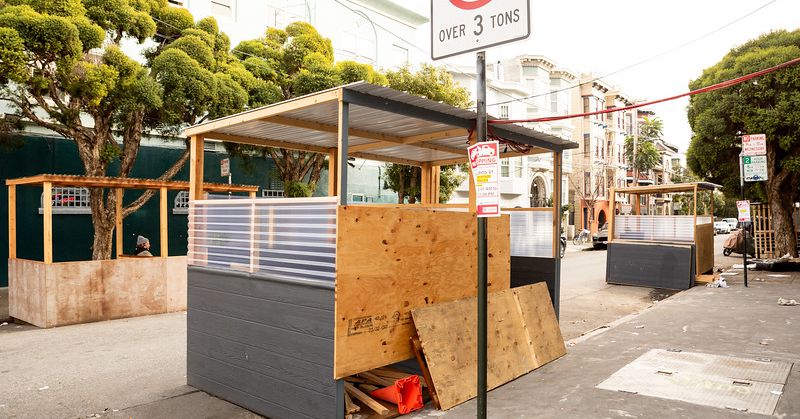 This post originally appeared on January 9, 2020 in Amanda Kludt’s newsletter “From the Editor,” a roundup of the most vital news and stories in the food world each week. Read the archives and subscribe now.

I never put much stock in a new year bringing a fresh start, but wow 2021 is really building on the chaotic and depressing energy of 2020 right out of the gate.

I am, of course, referring to the insurrection this week, but things aren’t looking especially bright in the world of food and restaurants either. Restaurants close. Unemployment grows. Subcultures find it harder and harder to hang on. We’ve been covering the idea of restaurants going into “hibernation” since the fall, but in the last few weeks there’s been a bit of a groundswell, at least where I live, of places deciding to hunker down until the spring. (Which again ties back to that unemployment number).

But if we want to focus on the positives going into 2021, some restaurant workers will get the vaccine in February. Some small business owners will get to access a new round of PPP loans, in addition to new grants from local governments and charities. Some chefs continue to prioritize people in need. And for those restaurants that make it through, some investments (outdoor dining infrastructure), collaborations, and adaptations (retail, product lines) could pay off in years to come.

Best of all, Viennetta, everyone’s favorite ‘90s freezer aisle dessert, is coming back. Oh and Democrats control the Senate, which should lead to, among many other things, more money in the pockets of American restaurant workers. So not exactly New Year New You, but we have something to hold on to.

— Grocers in Southern California announced plans to lay off hundreds of in-house delivery workers and instead use the independent contractors from Uber and its ilk; Massachusetts became the latest state to enact commission caps on delivery apps; and hundreds of restaurants were removed from third party delivery apps in California as a law went into effect banning the platforms from partnering with restaurants without their consent. New York is now considering a similar bill.

— To-go cocktails are finally legal in Oregon. They still aren’t in Minnesota but indoor dining will be allowed starting January 11.

— The father-and-son team behind New York’s popular Prince St. Pizza is stepping down from day-to-day operations after being called out for racist Yelp comments

— During the D.C. curfew, World Central Kitchen mobilized to feed National Guard troops streaming into D.C. and police officers after the attack on the Capitol building.

— What it’s been like for a chef who moved to Nashville in February 2020 only to encounter a tornado, a pandemic, a house fire, and a Christmas Day bombing.

— While most restaurateurs are struggling to keep their shirts right now, Ombra in the UK (aka your “4th favourite Italian restaurant”) is having the best year ever.

— Bill Esparza tracks the history of birria, from its origins in Mexico to the recent boom in the United States.

— Robert Sietsema files a review on the most exciting restaurant in New York … which just went into hibernation.

— VP-to-be Kamala Harris visited a restaurant that has plastered posters of her all over their outdoor dining tents.

— Three designers on their inspiration and process for creating trendy wine labels.

Home Videos The WORLD of WINE – Wine News. Cheap wine, tasting notes and cooking with wine The World of Wine – May 2021 … END_OF_DOCUMENT_TOKEN_TO_BE_REPLACED

How to visit Napa Valley on a Budget. In this video Carson and I explain a few ways to enjoy Napa on the cheap. Tip and advice about how to visit Napa … END_OF_DOCUMENT_TOKEN_TO_BE_REPLACED

Home Videos Get To Know Argentina Wine | Wine Folly If you love Malbec, Argentina is your ultimate wine region. But that’s not … END_OF_DOCUMENT_TOKEN_TO_BE_REPLACED