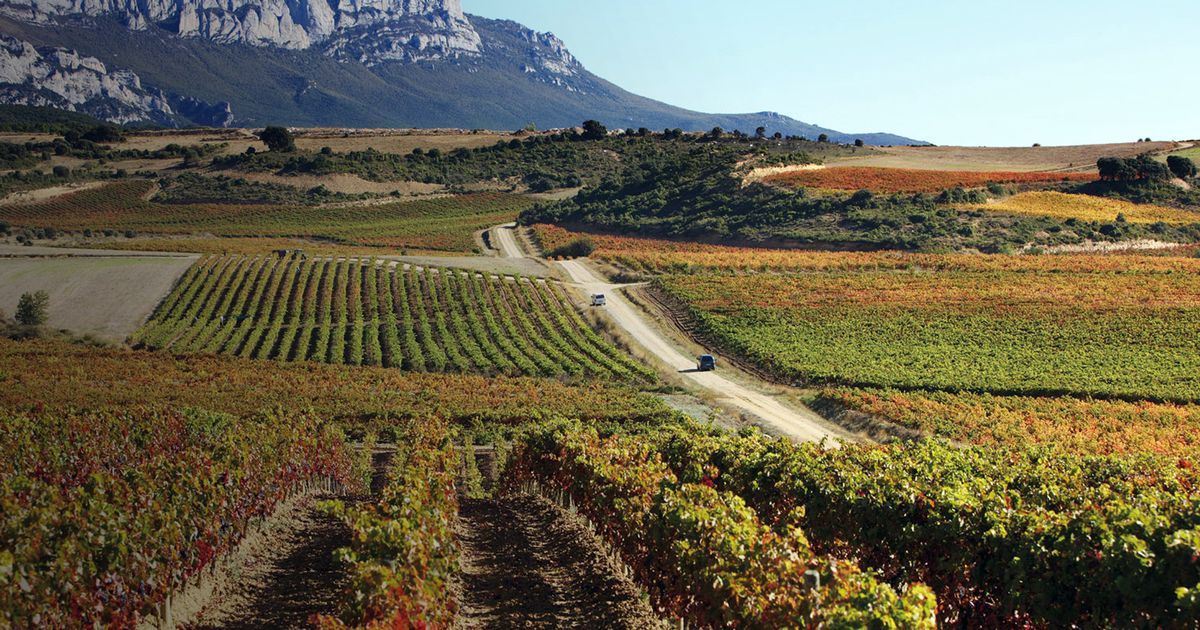 I had a particularly eventful day a while back when embarking on a week off from newspapering – if that’s a thing.

They are always a challenge for me, as I find it very difficult to keep my gabbering to under an hour.

Like a Duracell wine bunny powered by high-octane grape juice, I blather on.

And as an added bonus for those logging on, my connection kept failing so I had to switch my video off and they just had to put up with my wine witterings and not the sight of me in a smoking jacket and joggers.

I was aided and abetted by the wonderful Shumana Palit, co-owner of Ultracomida, who is not only one of the coolest people I know, but has great knowledge of her wines and produce.

We focused on the wines of Rueda, which is located in Castilla y Leon and is made up of 72 municipalities, which are located in the south of the province of Valladolid, west of Segovia and north of Ávila.

The region acquired DO status in 1980 and the two main white varieties are the local verdejo and international variety sauvignon blanc.

The first wine is from Palacio de Bornos, which boasts 308 hectares of their own vineyards, in the towns of Rueda, Pollos and La Seca, which are more than 30 years old.

The soil of their vineyards are characterized by a clay subsoil and gravelly topsoil, with a high concentration of boulders, allowing for good aeration and drainage, ideal characteristics for the successful development of the vine and perfect for the two varieties featured.

The passionfruit punch on the palate is immediately on the attack, with a little citrus kick alongside its tropical partner in crime.

As you’d expect from wines from this area, the mineral structure gives it poise and balance.

Through the mid-palate and finish the refreshing tone continues.

This is a fulsome and attractive sauvignon blanc that would certainly give the Kiwi sauvignons a run for their money. Delicious.

Next up, the Bodega Cuatro Rayas brings together the vineyards of more than 300 winegrowing partners distributed by up to 30 towns in the provinces of Valladolid and Segovia; a mosaic of payments, municipal terms and vineyard areas that allow a fairly complete tour of the variety and richness of soils and slopes.

More than 2,400 hectares of vineyards are mainly planted with verdejo, but also sauvignon blanc, viura, palomino fino and tempranillo.

The BODEGA CUATRO RAYAS CHARENTA VENDEMIAS SAUVIGNON BLANC 2019 (£10.95, Ultracomida.co.uk and Curado Bar, Cardiff) has floral perfume across the bouquet with aromas of cherry blossom and honeysuckle alongside quite restrained tropical fruit.

That all changes on the palate with some herbal notes sitting alongside full-throttle orchard fruit and a smidge of fresh citrus tones.

The mid-palate dries out when the mineral influence takes hold and there is lots of concentration to the fruit across the finish.

I have a confession to make – I have to admit I was rather underwhelmed when tasting the verdejo wines from Rueda many moons ago.

There were too many examples showing overblown minerality that washed across apologetic fruit, but boy how times have changed.

Winemaking expertise, focus and understanding the global market have resulted in wines that show versatility and so much depth.

The PALACIO DE BORNOS VERDEJO 2019 (£10.95, Ultracomida.co.uk and Curado Bar, Cardiff) has very prominent crisp orchard fruits with some floral prettiness too on the bouquet.

On the palate a mouthwatering attack of bright grapefruit citrus notes is aided by stoney structure through the mid-palate keeping things bouncing across the tastebuds.

As it develops in the glass, more weighty stonefruits begin to drift in, adding texture and heft to the finish.

To underline its versatilty, this wine would be delicious with oily fish, seafood or a crisp summer salad. This is what spring lunches were made for.

Unlike most wines, this could even handle pesky asparagus – the enemy of most white wines.

Finally the BODEGA CUATRO RAYAS CUARENTA VENDIMIAS VERDEJO 2019 (£10.95, Ultracomida.co.uk and Curado Bar, Cardiff) is hewn from old vines – around 40 years old – which explains the weighty texture and although they won’t produce as much yield as younger vines, the flavour profile is much more pronounced.

The wines are also left for four months on the lees, giving more texture and a glorious mouthfeel.

On the nose the herby white fruits have an almost savoury note to them.

In the mouth the white fruits are full-throttle and generous while never getting flabby due to the dash of lime citrus through the mid-palate.

The finish is long and interesting, with many flavour profiles coming through as the wine breathes in the glass.

This is a Swiss army knife of a wine, suiting many foodstuffs, but you’d struggle to get a stone out of a horse’s hoof with it…

Neil Cammies is a member of the Circle of Wine Writers

Home Videos The WORLD of WINE – Wine News. Cheap wine, tasting notes and cooking with wine The World of Wine – May 2021 … END_OF_DOCUMENT_TOKEN_TO_BE_REPLACED

How to visit Napa Valley on a Budget. In this video Carson and I explain a few ways to enjoy Napa on the cheap. Tip and advice about how to visit Napa … END_OF_DOCUMENT_TOKEN_TO_BE_REPLACED

Home Videos Get To Know Argentina Wine | Wine Folly If you love Malbec, Argentina is your ultimate wine region. But that’s not … END_OF_DOCUMENT_TOKEN_TO_BE_REPLACED