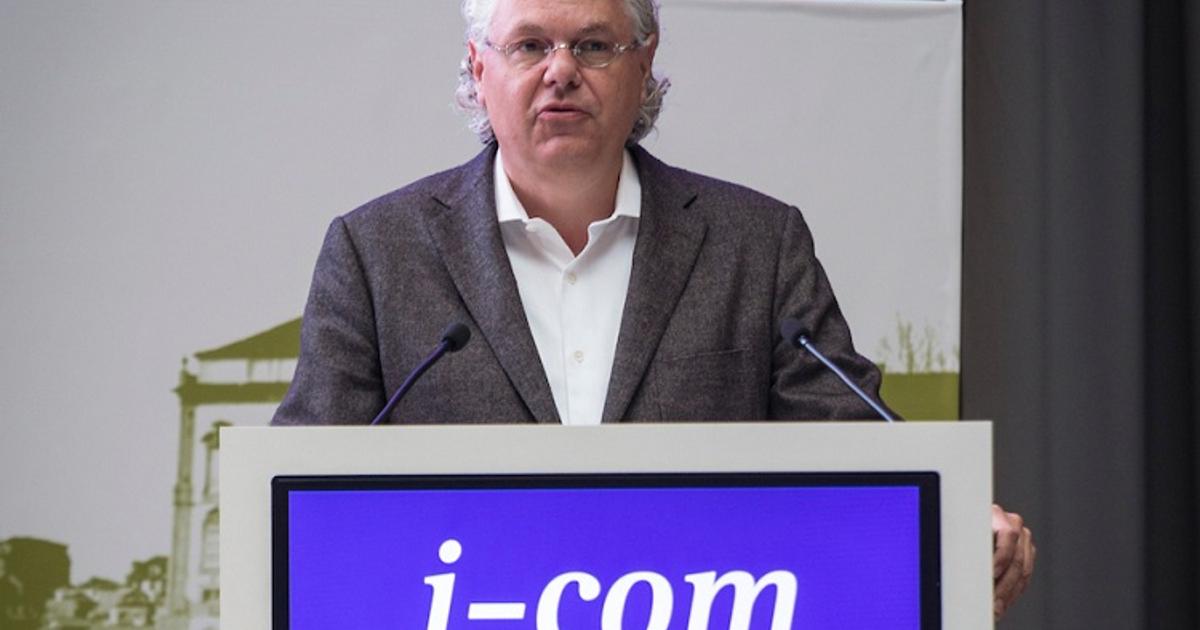 Moving events to the virtual space is one of the many disruptions the Covid-19 pandemic has thrown in. The I-Com Global Summit, which was scheduled to be held in Cadiz (Spain) in May 2020, was pushed to September before it was taken online. This summit, targetted at ‘smart data marketing leaders’, saw three hours of live content daily for two weeks in November 2020, instead.

We caught up with Andreas Cohen, founder and chairman, I-Com Global, to learn about the challenges behind an online event, the possibility of an on-ground event (given that the organisers of the Cannes Lions have announced an on-ground festival in 2021), the sponsorship interest and more…

You moved from a four-day summit to a two-week-long online event. What was the response?

We have never received more compliments. It was the most acclaimed event we have done in terms of positive feedback and overall, we were very pleased.

The journey of how we got there is what’s important. A lot of what we do in our space is about facilitating meaningful connections. When you’re looking at a virtual event it’s easy to go down the path of offering packages, shooting shows and putting it up. You have to look at what people in your community want and why they came to you. We took a hard look and adapted a forum we have – the Data Meet-Up.

Normally, it’s a dinner we hold in cities around the world but that wasn’t possible because of the pandemic. Our brand is very culinary-oriented and the glue for everything we do in the data marketing world. We created a format where we had a mixture of business presentations and discussions on Zoom, but also added wine-tasting break-out sessions so people could get to know each other in small groups. It was a huge hit. We started at the peak of the Covid panic in New York in March or April 2020. Then, we rolled it out across the world.

The Data Meet-Ups were the start and we scaled that up for our Global Summit. We picked different things for people to interact and have fun with. We had talent shows and wine and chocolate tastings. We delivered boxes to our delegates across the globe where it was legally allowed.

Unlike a few virtual conferences, the I-Com Global Summit was streamed live. What were the challenges for the same? Did technology support you throughout?

We decided to go live and that made it really difficult. However, we stuck by it. I personally think people shut down after a while when it’s not pre-recorded and then shown live through some slick post-production. Engagement is low too then.

For us, this was like live television but more. We were stretching technology to do a lot. It wasn’t perfect and we had technical errors sometimes, but people didn’t think that was important; they thought the ability to connect with others was important.

Were sponsors hesitant to invest money for an online event?

The last year has been special and we are still living in those special circumstances. Having said that, I-Com is a community and more like a club. We were given the benefit of the doubt and all our sponsors were super happy with the results. Sometimes, and more so than in an on-ground event, because they had analytics to know exactly who was attending it. It was really good for them to make contacts, too.

Not everyone liked the online event, but then some also preferred it. This was especially for people who aren’t connected with fellow attendees or who find it difficult to mingle with strangers. Here, they were guided to online rooms. We took the pain behind that out and took people there.

Were there any other challenges involved with the online event? Would you like to share some learnings with those who are looking to host virtual summits?

I think that the major challenge is technology. You’re limited by what it allows you to do. If you wanted to create exactly what you want, it can’t be found on the shelf. Then you have to start hacking with technology and that’s not without its glitches.

Then the other thing is – it’s not just events, but people’s new lives – it’s blocking people’s schedule. Our summit was only three hours in a day, but people had difficulty spending those three hours. Today, in this new normal, there’s a fundamental disrespect for people’s time – because people are home throughout. It doesn’t matter what the schedule is.

During the old paradigm, people would say I’m going to Malaga (or wherever we hosted the event) and be out for those four days. People would respect that. Now, they are constantly being nudged for their time making it a major challenge of the ‘new normal’.

The Cannes Lions organisers have announced that they will go ahead with the event. Are you looking at an on-ground event in 2021, too?

Not only do we have to become logistics experts, but we also have to become experts of the viral. I personally don’t think it’s viable to have a large, in-person event. My connections are pointing towards the vaccine being sorted out by the end of the year. Hosting an event in Q3 or Q4 is very difficult and we usually don’t see large global events then, simply because by then travel budgets are usually exhausted. This year, I am not sure that those travel budgets from pre-Covid even exist.

So, if you look at all the risk factors, I don’t just see it happening.

We will be holding the Summit virtually again. But, instead of running it daily for two weeks, we are looking to space it over the months. We’ll have three days each month starting in May.

Are there any advantages of an online event? Were you able to get more registrations last year given that people didn’t have to travel?

We are fortunate to achieve a good reputation in the online sphere of events. We had exactly the same registrations last year versus the year before (when it was on-ground). The reason for this is that we are a closed community and the bulk of our ticket sales are happening through memberships.

Going forward do you think a combination of on-ground and online for events is possible?

I can only speak for I-Com – and we have a specific idea of how things work. For us, we’ll definitely be going the hybrid route. We have done this in the past where we have had a Data Meet-Up in Germany and had people virtually and physically connect. Germany is a lot like India and is decentralised. Like India has cities like Mumbai, Bengaluru, and New Delhi, Germany, too, doesn’t have one central hub, and so it’s a challenge to get people to travel for dinners.

People appreciate this because the efficiency is higher and people don’t need to leave their homes. My feeling is that we’ll replace on-ground for that region completely with a virtual meet up.

For the Summit, we’ll potentially have a virtual one connecting to the content being done live. I’m pretty sure that’s the way going forward.

Home Videos The WORLD of WINE – Wine News. Cheap wine, tasting notes and cooking with wine The World of Wine – May 2021 … END_OF_DOCUMENT_TOKEN_TO_BE_REPLACED

How to visit Napa Valley on a Budget. In this video Carson and I explain a few ways to enjoy Napa on the cheap. Tip and advice about how to visit Napa … END_OF_DOCUMENT_TOKEN_TO_BE_REPLACED

Home Videos Get To Know Argentina Wine | Wine Folly If you love Malbec, Argentina is your ultimate wine region. But that’s not … END_OF_DOCUMENT_TOKEN_TO_BE_REPLACED