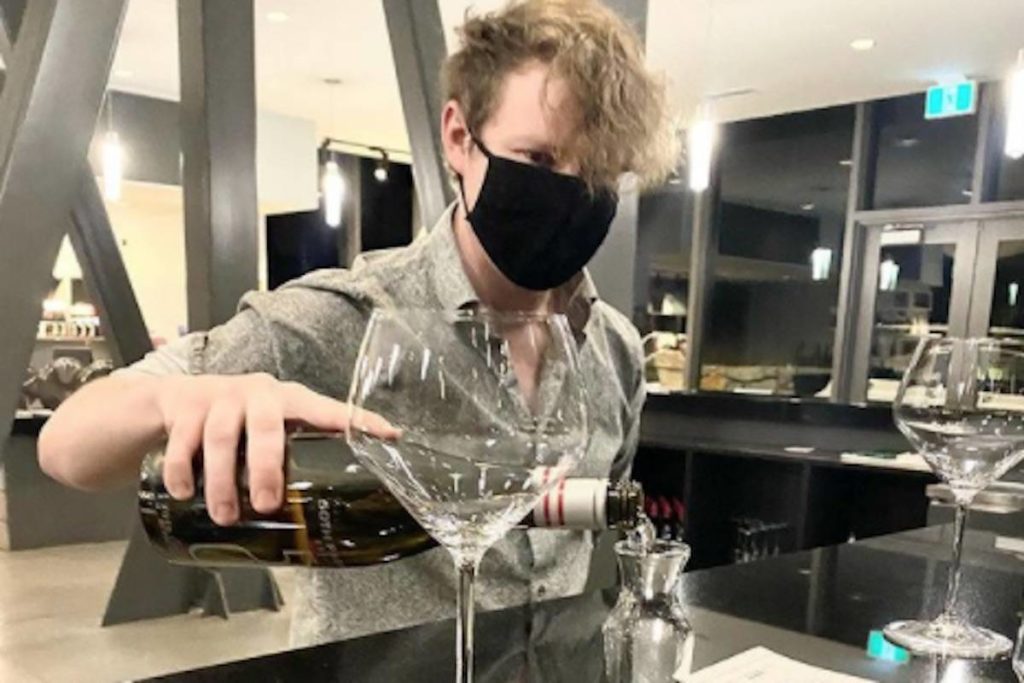 According to Miles Prodan, the president and CEO of Wine Growers British Columbia (WGBC), wineries were partially spared by provincial health officer Dr. Bonnie Henry’s latest “circuit breaker” health restrictions because wine tastings are viewed as a retail necessity, not a social gathering.

“You wouldn’t buy a pair of pants without trying them on; you don’t buy a wine without having a taste,” Prodan said.

Many of the wineries across the province have a system that requires people to book a sampling reservation in advance. Tasting sessions don’t typically last longer than 10 minutes and participants are only given three 1.5-ounce samples.

“People were there to taste and to get to know the wine and to buy the wine. It’s not as though they were standing around and having a glass of wine,” said Prodan.

When this concept was explained to health authorities, they gave wineries the green light to host indoor tastings.

“Interior Health’s ultimate goal is to keep people from gathering inside, and that’s why they moved all food and alcohol services outside,” he said. “They said, ‘As long as your tasting isn’t sitting down, we’ll permit that to happen inside.’”

In an email to Kelowna Capital News, Interior Health (IH) said that provincial manufacturers of wine, beer, cider and spirits are permitted to be open and provide tastings indoors.

“This must be for tastings only and be served for the purpose of tasting with intention for purchase,” said IH. “Where possible, it is encouraged to do this outdoors. As well, businesses need to have an approved COVID-19 safety plan.”

After a busy Easter weekend, Ron Kubek, the owner of Lightning Rock Winery in Summerland, said the new restrictions are a “double-edged sword.”

“We’re seeing a lot of people locally that have not been out to our winery and been out to the Summerland area coming to experience all the great wineries,” said Kubek. “We actually had a busy weekend of tastings.”

Kubek added that he was surprised — but not shocked — that indoor wine tasting was permitted.

“I wasn’t surprised in the sense that we really worked hard as an industry last year … wineries, distilleries, breweries are run by entrepreneurial people,” he said. “Those are what the rules are, and we’ll adapt.”

He said that COVID-19 has forced the wine industry to take reservations more seriously, highlighting that the winery has tasting sessions booked right up until June.

Despite this silver lining in the restrictions, Prodan said that many wineries across the province feel the pressure of the new restrictions.

“If a winery has a restaurant, they now have to do that outside. There are restrictions in space, weather dependant and not everybody has a patio to move out into,” he said.

Prodan said that a similar survey was conducted after the province implemented the last round of restrictions — 75 per cent of those who responded were anticipating a loss of income.

“We’re disappointed because of how it’s going to impact all industries, in particular ours, but we understand that it’s something that needs to happen,” he said.

Get local stories you won’t find anywhere else right to your inbox.
Sign up here

Home Videos The WORLD of WINE – Wine News. Cheap wine, tasting notes and cooking with wine The World of Wine – May 2021 … END_OF_DOCUMENT_TOKEN_TO_BE_REPLACED

How to visit Napa Valley on a Budget. In this video Carson and I explain a few ways to enjoy Napa on the cheap. Tip and advice about how to visit Napa … END_OF_DOCUMENT_TOKEN_TO_BE_REPLACED

Home Videos Get To Know Argentina Wine | Wine Folly If you love Malbec, Argentina is your ultimate wine region. But that’s not … END_OF_DOCUMENT_TOKEN_TO_BE_REPLACED