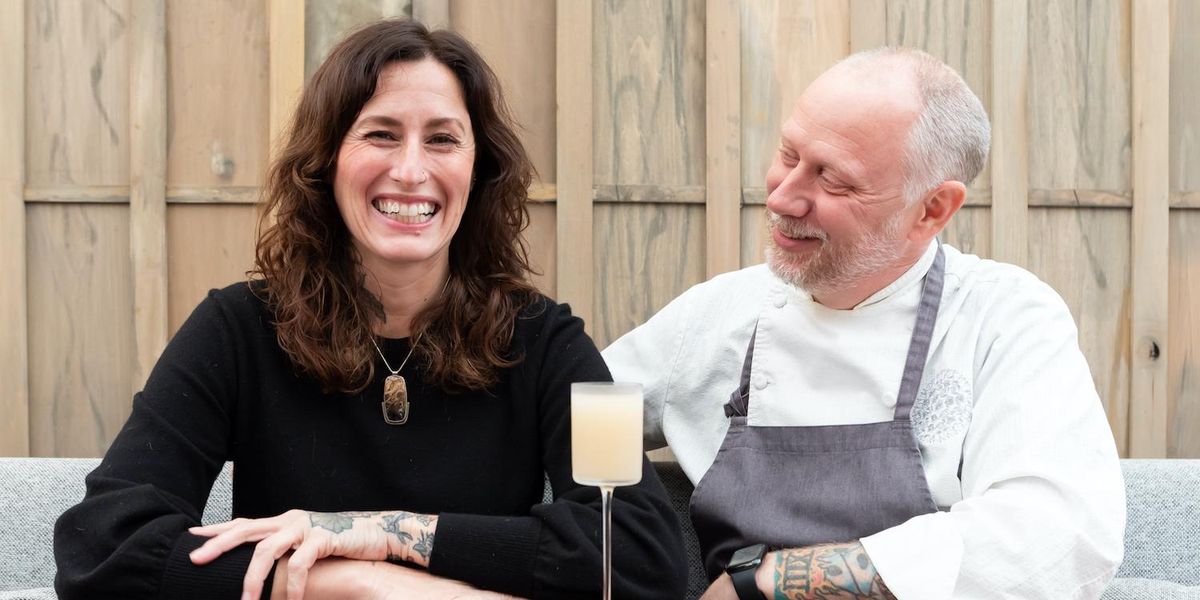 Sonoma seeps through SingleThread’s every pore. It’s in the farm’s heirloom Gravenstein apples and cabernet vines. It’s in the dining room’s clay-tiled walls and local burl wood oshibori trays. It’s bottled in the wine and cooked within the kitchen’s Japanese donabe pots.

“I think so much of what we do is informed by our sense of place,” says Katina Connaughton, SingleThread’s co-owner (along with her chef-husband Kyle Connaughton) and head farmer and florist. “Not to say that we couldn’t do a version of SingleThread in southern California, but it wouldn’t be the same. There’s so much biodiversity here in this county that ranges from the land to the sea and I think that’s something that just inspires us.”

In just six years of operation, SingleThread‘s Japanese-influenced Sonoma cuisine has run away with nearly all of the world’s most prestigious food, wine and restaurant accolades, including three Michelin stars, a James Beard Award, and a World’s 50 Best Restaurant Award. Not even the pandemic—not to mention a wildfire season straight from hell—could put the brakes on the Connaughton’s Healdsburg juggernaut. Not that they didn’t try.

“It’s like we were riding two rollercoasters at the same time,” says Kyle. “We were evacuated, we had to shut down our whole outdoor program at Kistler [Vineyards] for awhile, and there is literally no volume of takeaway you could do to not be in the red.”

But survive it has, thanks in large part to the support of the community from which SingleThread was forged. “The currency exchange last year was really built off of compassion and community and gratitude. We had the ability with our takeaway and meal donation programs to really get into the hearts and homes of the community,” Katina says.

With the pandemic’s third wave now in the rearview mirror, the culinary and experiential creativity for which SingleThread has always been known is back on site with Usu-Zan, an homage to Hokkaido, Japan, the couple’s former home. The rustic outdoor dining room designed by Ken Fulk isn’t just SingleThread al fresco, it tells an entirely different story.

“It’s really more about how Hokkaido shaped us as people and our philosophy, and ultimately how it became expressed at SingleThread,” Kyle explains. Cloistered in a heated tent, surrounded by folk art ink rubbings, custom bamboo screens and greenery, Usu-Zan is a transformative journey to a distant land that merges the best of Sonoma with the best of northern Japan.

The nine-course dinner hinges on a special family-style hot pot prepared in handmade donabe vessels shaped and fired by a family of artisans in Iga, Japan and opens with an apple amazake, a sweet and spicy non-alcoholic aperitif. The base of the drink is amazake, a rice beverage that ferments like sake but in which the liquid is removed before alcohol production begins.

“We combine that with Gravenstein apple and spices so it’s kind of a hybrid of very Japanese flavor from the amazake and Sonoma and American flavors,” says Kyle. “It’s a fun representation of the two sides of us.”

It’s versatile, too. Served without alcohol or with an added dash of spirits, the drink pairs well with savory and umami flavors that balance out the sweetness and viscosity in the glass. Kyle suggests preparing it alongside a roasted or braised pork or with a heavy holiday meal.

While You’re in Healdsburg…

Sonoma County is the first stop on our 2021 California Culinary Road Trip, a collaboration between 7×7 and The Spice Hunter. While you’re in Healdsburg, visit the wineries, restaurants and more delightful spots recommended by 7×7 and by SingleThread’s Katina and Kyle Connaughton.

Hit the trail and take in spectacular views of Sonoma County at the Fitch Mountain Park and Open Space Preserve, one of the Connaughton’s favorite places to decompress (401 Grove St, Healdsburg).

Get a closer look at the farms and ranches that form the backbone of Sonoma County on a farm tour or overnight farm stay. Frolic with baby goats at Redwood Hill Farm-Capricopia (5480 Thomas, Sebastopol), one of the country’s original goat cheese, milk and yogurt producers, or cavort through Rollin F Ranch’s vineyards and orchards on horseback (100 Sparkes, Sebastopol). New Tree Ranch offers a luxurious farm retreat complete with plant-based cooking classes and yoga (3600 Wallace Creek, Healdsburg).

Amazake, a fermented rice beverage similar to sake but without the alcohol, acts as the base of a fresh fruit aperitif served at the start of SingleThread’s Hokkaido-meets-Sonoma Usu-Zan dinner experience.

*For a summer variation, try swapping the apple juice with carrot or strawberry juice and the cinnamon with fresh mint.

// SingleThread is open for outdoor dining and limited indoor dining Thursday through Monday with seatings from 4pm to 6:30pm; 131 North St (Healdsburg), singlethreadfarms.com.

Home Videos The WORLD of WINE – Wine News. Cheap wine, tasting notes and cooking with wine The World of Wine – May 2021 … END_OF_DOCUMENT_TOKEN_TO_BE_REPLACED

How to visit Napa Valley on a Budget. In this video Carson and I explain a few ways to enjoy Napa on the cheap. Tip and advice about how to visit Napa … END_OF_DOCUMENT_TOKEN_TO_BE_REPLACED

Home Videos Get To Know Argentina Wine | Wine Folly If you love Malbec, Argentina is your ultimate wine region. But that’s not … END_OF_DOCUMENT_TOKEN_TO_BE_REPLACED