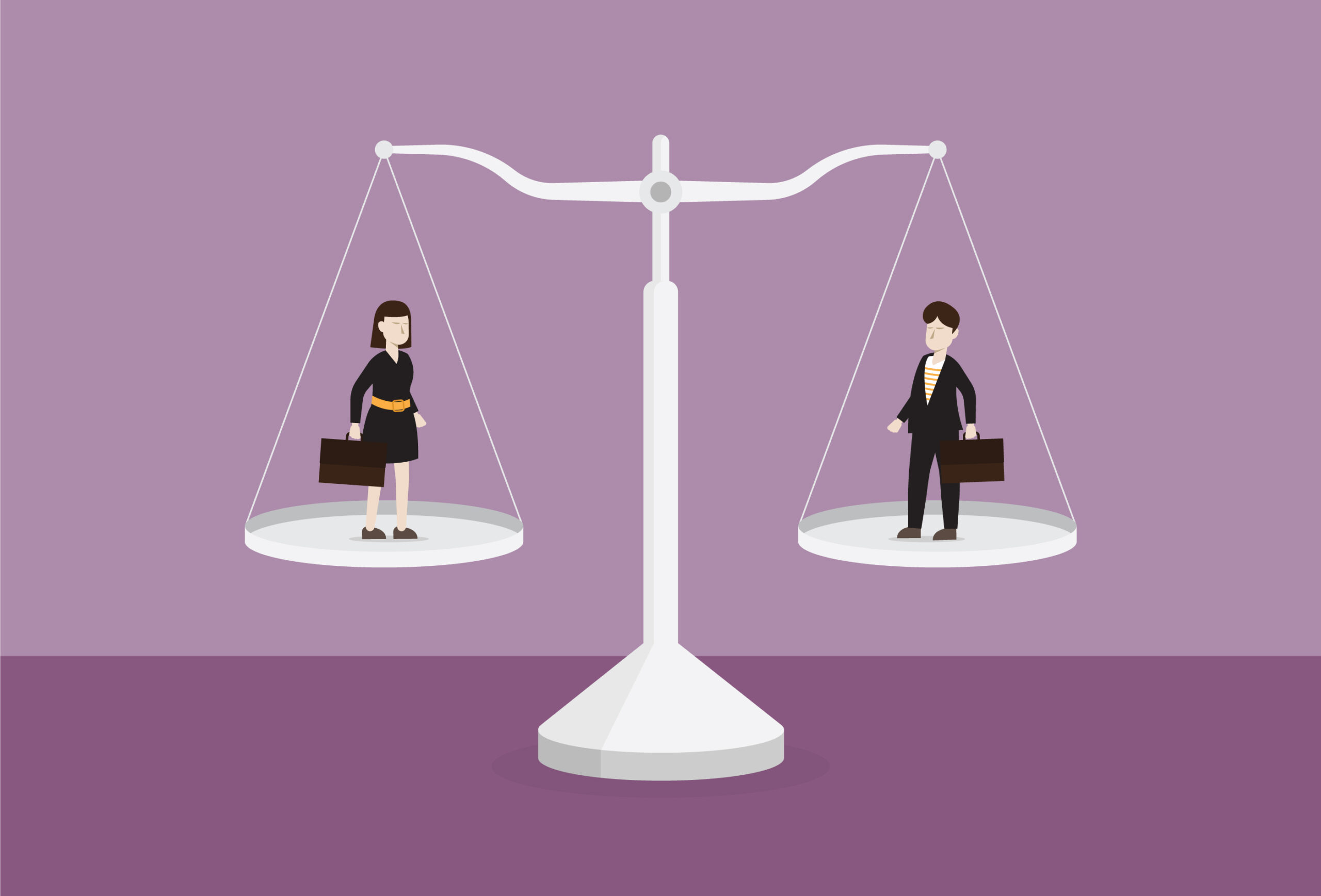 
While there is still a way to go before gender equality is achieved and sexism is stamped out of the wine industry, the trade is making positive progress towards becoming a more inclusive and meritocratic sector, as Emily Robotham discovers. 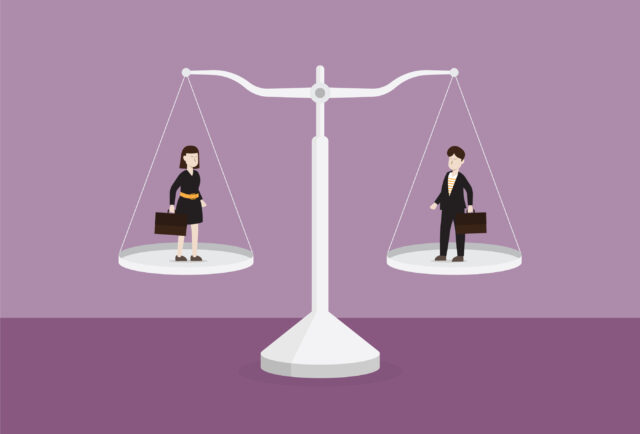 For many who work in wine, lockdown has provided an unsought moment of reflection that has led to important conversations about the opportunities available to women working in the industry, and the intersection between gender, race and new technologies.

In October 2020, a collection of private messages edited to look like a newsletter from an anonymous source using the alias ‘wineb*tch’ circulated on Twitter, the provocative contents of which caused offense to many members of the trade, not least those who were targeted in the posts.

The author maintains that the messages were never meant to end up in the public domain. While some reacted with shock at being targeted, many of the women referenced in the posts found the experience to be wearily familiar. 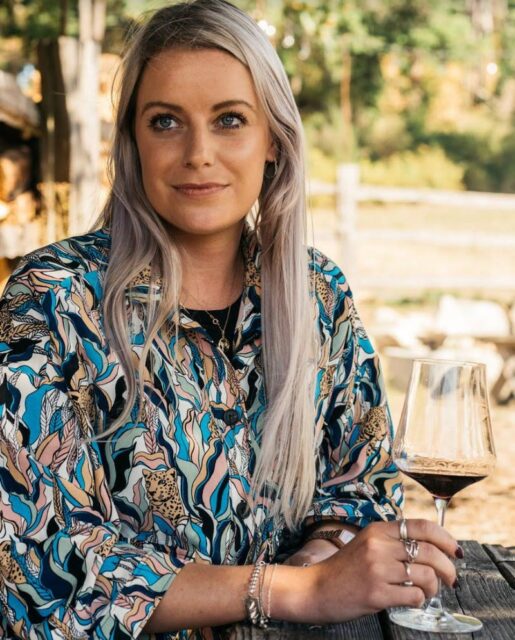 All of the women I spoke for this piece agreed on one thing: there are very few deliberate agents of misogyny in the wine trade; the story is not that women feel threatened by men, but that there are barriers that prevent women from fulfilling their potential in the industry. Some women see the barriers coming from the psychology of individuals, others as structural problems that are part of the make-up of the industry, which may be putting young women off entering it.

While 35% of Masters of Wine are women, accounting for 47 of the 89 that have passed the exams since 2014, proving that this top rung of wine knowledge is no longer the preserve of men, female wine influencers, who tend to rely on visual storytelling rather than expertise, have recently come under fire from a number of male members of the wine trade.

For wine marketing and communications specialist Anne Burchett, the solution lies in finding allies. “You have to make your own luck in this industry,” she said, though she believes things are improving. “My generation took it on the chin when they were the subjects of dirty jokes from winemakers. It was a rite of passage”.

But Christina Rasmussen, digital communicator and founder of Little Wine, thinks that kind of behaviour is still going on. “You’re told, ‘sit there, that winemaker likes to sit next to a pretty girl’. Men have to do some of the calling out.”

While few people would openly consider themselves sexist or racist, ‘implicit bias’ puts a term on the prejudice or stereotypes that people can subscribe to without meaning to. It is one of the most consistent findings in recent psychological science that people, on average, display biases on implicit measures.

The wineb*tch messages could be viewed as the “endemic subconscious sexism” of the wine trade, according to Master of Wine Sarah Abbott, that in other forms affects hiring decisions, earning rates and the number of women in leadership positions. 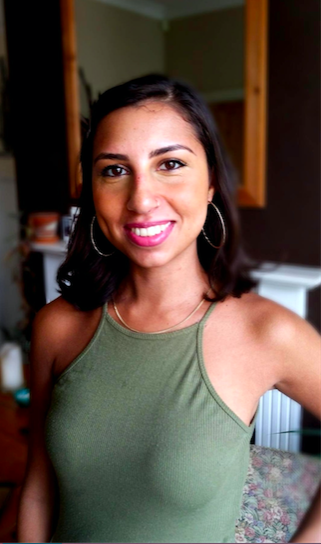 The wine industry follows the national average in having very few women in senior leadership roles. Abbot has been working with a business psychologist on how to bring implicit bias awareness and leadership workshops training to the wine trade. Not much can be revealed at this point, but drinks distributor Boutinot looks to be an early partner to the scheme.

Abbott believes there are “unfriendly assumptions and practices in the wine trade”. Many of the women I spoke to believe there is a lack of opportunities for women seeking to have a family while working in wine.

Diversity training schemes increase awareness of implicit biases, and have the potential to redress the balance in the wine industry, which is “heavily seesawed in a white direction”, according to Rasmussen. The devil is in the detail with implicit bias training. Still in its early stages, some courses have proved to be counter-productive, increasing resistance to diversity.

Tackling implicit bias is about wanting to create an inclusive environment. BAME professionals in particular face unconscious scrutiny in contexts such as wine tastings. “People look at you like you’re exotic,” Anoushica Matthews of POC wine specialist Sweet Spice told db. On a wider scale, Matthews says wine marketing that focuses exclusively on white faces creates unhelpful impressions that wine is not for BAME people. Companies need to be cautious, both internally and externally, about how they portray what wine drinkers look like.

Some of the women I spoke to thought that the structures that underpin the wine industry contribute to the exclusion of different groups. Many wine companies have become more self-aware of gender pay gaps in recent years, and it paints an interesting picture about where women working in wine end up. https://www.thedrinksbusiness.com/2018/04/gender-pay-gap-at-uk-beer-wine-and-spirits-companies-revealed/

Some firms, like fine wine merchant Berry Bros. & Rudd, reported a 0% gender pay gap for median pay in 2019: the ‘middle’ man was paid the same as the ‘middle’ woman. But most women never make it out of the middle. The mean pay gap of 10.6% is a reflection that most of the top roles in the company are still held by men. 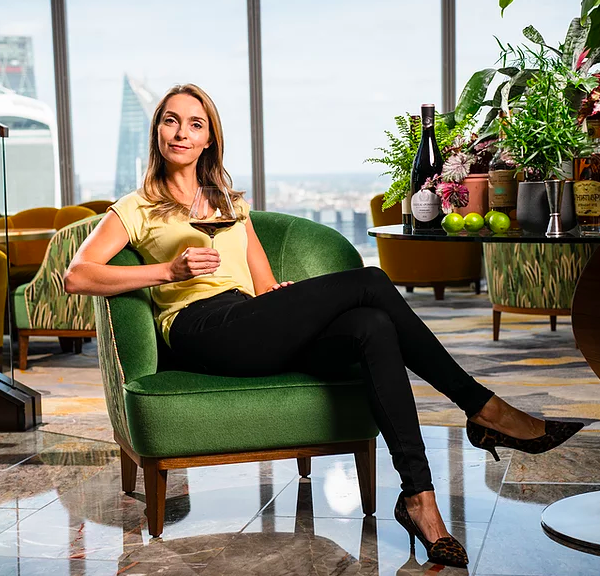 Helena Nicklin of The Three Drinkers

Sometimes pay gaps only tell half the story. Majestic and Enotria, for instance, have a gender pay gap in favour of women. Rather than this being a reflection of more women in leadership roles, it is due to large teams of warehouse operatives, who are mostly male and paid the minimum wage. Enotria reported that its median female employee was paid £1.20 for every £1 that a male employee made in 2020, but only 16% of its leadership team was female.

The wine industry has been slow to grasp digital trends, believes Abbott, and has fallen behind other aspirational industries like travel, interiors and art that have all become digitally native. The trade’s hostility towards social media is framed as wry good taste, as highlighted in this Wine-Searcher article “The Incurable Plague of Influencers”.

The old model of wine communication is based on sharing technical knowledge, while so-called ‘influencers’, many of whom are women and people of colour, focus more on the enjoyment of wine and making it accessible to a wider audience without aiming to instruct.

Another issue facing the wine trade are its low margins, which partly explains why talented people go elsewhere, even if they’re passionate about working in wine. “It’s hard to get around the fragmentary structure of wine,” says Burchett.

A company’s cash flow could mean the difference between a comfortable maternity and considering different career options. According to Burchett, it’s understandable why a smaller wine company might be wary of taking on the risks of women not coming back after maternity leave. 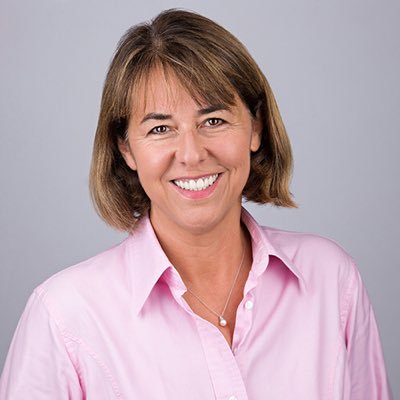 Abbott believes that the wine industry needs to have conversations about young women coming into wine. Many of the women I spoke to have had experiences of being ignored, denigrated or even gaslighted when it came to wine tasting, even if their conclusions were correct.

When drinks presenter Helena Nicklin styled herself on social media as ‘The Wine Bird’, she was keen on creating a female-friendly approach to wine, making use of visual storytelling. The value of this sort of content creation to the wine industry was, she said, that “more female communicators means more female drinkers.” Social media offers influencers the opportunity to playfully subvert sexist terms as a way of transcending them, like Nicklin’s alter-ego.

Lockdown has led to important conversations around gender and diversity that might not have otherwise happened. Burchett welcomes the beneficial impact of furlough on men, who have realised that they can take a more active role in family life.

In many ways, the wine trade is no different from any other industry, where all executives look alike. In order to move forward the industry needs confront its own unconscious bias in recognising talent before and after the hiring stage. Change must come from the top down. It may take time and willpower, but there are a number of high-profile companies making positive changes. 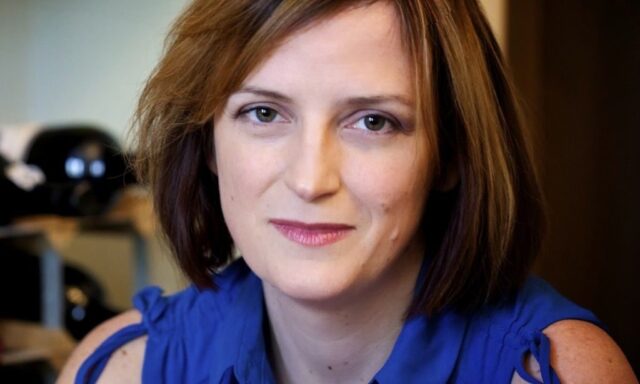 In spirits, Diageo sets a high standard for representation, with 39% of leadership roles held by women, including 55% of the board of directors. The firm also offers 26 weeks of paid maternity and paternity leave. Last year, Diageo asked all of its employees to think about how they would individually contribute to change and more recently the drinks giant was ranked by the Hampton-Alexander Review as the number one business in the UK for gender equal representation.

Jancis Robinson’s 2017 article on the smashed glass ceilings in the wine trade is reflective of this positive change, with women sitting on the boards and in executive roles at an increasing number of companies. As the number of women working in wine grows, so too does the number of women in leadership roles.

Champagne Louis Roederer, in collaboration with Robinson, has a mentorship scheme for young BAME people in the wine trade, which seeks to foster connections between the establishment and talented young blood.

Majestic’s scheme to put up to 50 BAME scholars through WSET Level 2 for free, without any obligation to join the company, has likewise been seen as step in the right direction. Such schemes look to break down the often prohibitive cost barrier to entering the wine trade.

Other companies, including The Drinks Trust, are creating communities to help new recruits in the trade. Women in Wine LDN aims to increase the number of women at higher levels in the UK wine industry, while the Hue Society and companies like Matthews’ Sweet Spice seek to do the same for people of colour.

In the US, Women of the Vine & Spirits is dedicated to pushing the drinks industry towards being a more diverse, equitable and inclusive arena that empowers all to succeed. Recently, it has demonstrated what a large-scale grassroots organisation can do, providing health, financial and legal assistance to those in need during the pandemic. In the face of the current pressures, it makes sense to stand together.

Home Videos The WORLD of WINE – Wine News. Cheap wine, tasting notes and cooking with wine The World of Wine – May 2021 … END_OF_DOCUMENT_TOKEN_TO_BE_REPLACED

How to visit Napa Valley on a Budget. In this video Carson and I explain a few ways to enjoy Napa on the cheap. Tip and advice about how to visit Napa … END_OF_DOCUMENT_TOKEN_TO_BE_REPLACED

Home Videos Get To Know Argentina Wine | Wine Folly If you love Malbec, Argentina is your ultimate wine region. But that’s not … END_OF_DOCUMENT_TOKEN_TO_BE_REPLACED