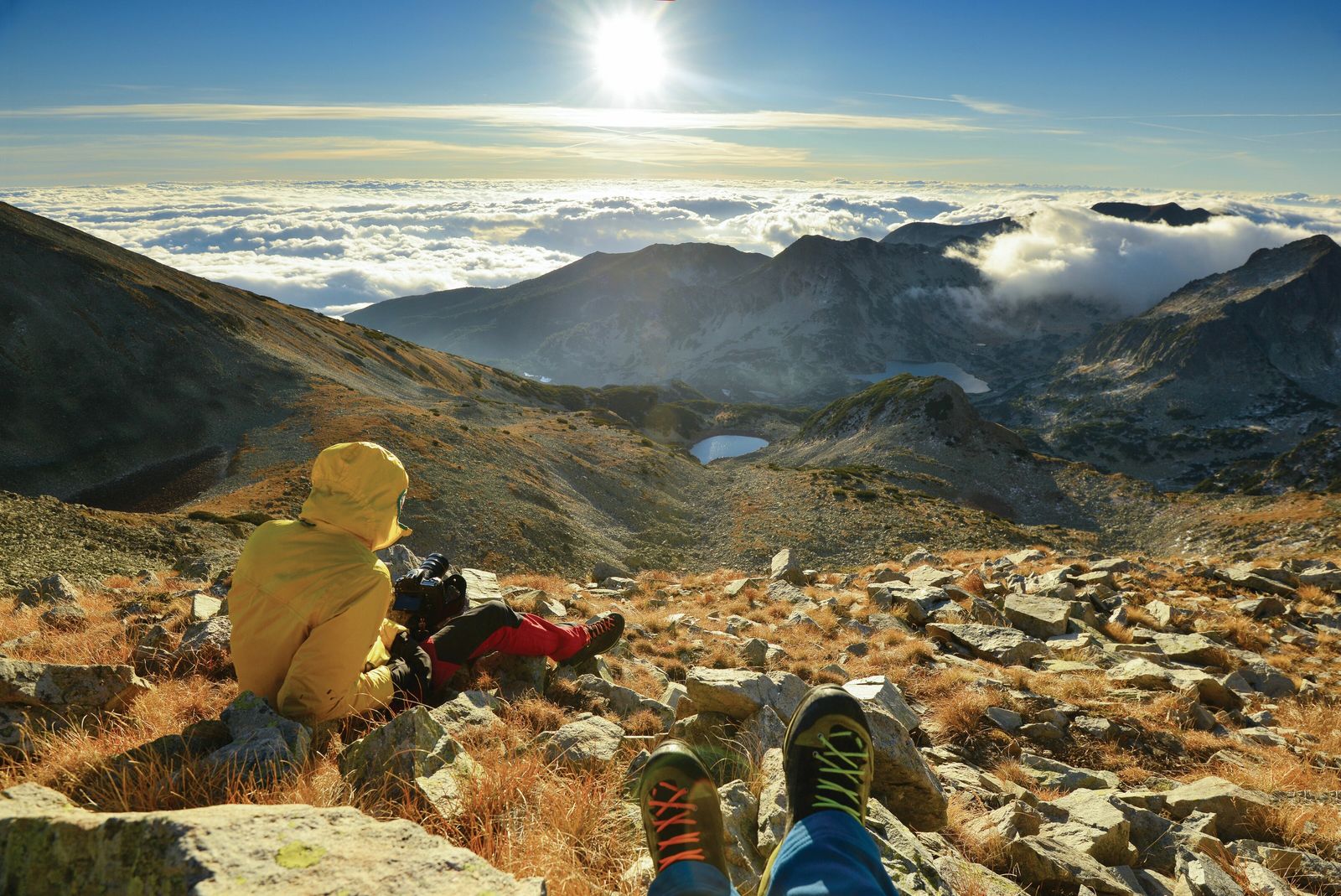 Rise early to explore the UNESCO-listed Pirin National Park, home to mountains, glacial lakes and swathes of ancient pine forest. How you explore this outdoor playground is up to you: in summer, choose from a guided hike or horse-ride to Muratovo lake or Mount Vihren, Bulgaria’s second-highest peak. In winter, meanwhile, there are 30 miles of blue, red and black slopes for skiers and snowboarders. Before setting off for the day, stop by Le Petit Nicolas for sandwiches to go (the smoked salmon and cream cheese baguette comes highly recommended).

After a day in the mountains, ease aching muscles in one of the local baths. There are a number of modern spas drawing on the area’s thermal waters, but Izgreva Hotel Complex in Banya offers a rustic alternative. Heated by mineral springs, its three open-air pools are kept between 32C and 45C degrees, and for just seven lev (£3), you can bask in the balmy waters while soaking up views of the Pirin Mountains. There’s a particular appeal during the colder seasons, when a plunge in the steaming stone pools requires a bracing, barefoot tiptoe across the snow.

Once rested, it’s time to hit up Bansko’s nightlife. Join the ski crowds for two-for-one cocktails and live music at après bar Happy End, followed by a late-night DJ set — and a karaoke session if the mood takes you — at the indoor-outdoor Bar 360. If you’re not into the party scene, or you’re visiting in the quieter summer months, opt for a cooking class at a local’s house. You’ll learn to make specialities like kapama (layers of meat, sauerkraut and rice cooked in a clay pot) and rakia, Bulgaria’s national tipple, made from fermented fruit.

Whether it’s a journey through wine country or a trip to see glimpses of ancient monastic life, most excursions from the town are easily undertaken by car or via organised tour

On the forested slopes of the Rila Mountains sits one of Bulgaria’s most celebrated architectural marvels. The Rila Monastery, famed for its striking black-and-white archways and daffodil-yellow domes, has been home to Eastern Orthodox monks for more than a millennium and was added to the UNESCO World Heritage List in 1983. Visitors often arrive on day trips from Sofia, but the monastery is closer to Bansko and can easily be visited independently or on a tour. For an immersive experience of the lives of Rila monks, consider staying the night in one of the guest cells.

Set amid towering sandstone cliffs and ancient ruins, the town of Melnik is considered Bulgaria’s wine-making capital, having produced wine for more than 600 years. The picturesque town — home to just 300 people — can be explored on a full-day wine-tasting tour from Bansko. As well as stops to sample the town’s signature red, Melnik 55, at a number of local wineries, most tours include a visit to the medieval Rozhen Monastery, the Melnik Pyramids (the town’s landmark 330ft-high sandstone formations) and Kordopulova, a grand house built in Bulgarian National Revival style.

For sun and sea: Kavala

How about swapping stews for souvlaki? It might feel a world away, but Bansko is just a couple of hours’ drive from the port of Kavala, sitting pretty on Greece’s Aegean coast. There’s no denying the appeal of the sandy beaches and seafront restaurants along this stretch of northern Greece, but there’s plenty more to tempt history and architecture buffs across the border, too. Highlights of a visit here include the well-preserved aqueduct and the picturesque, pastel-coloured old town, which is squeezed onto a narrow peninsula and dwarfed by a rambling hilltop fortress.

Home Videos The WORLD of WINE – Wine News. Cheap wine, tasting notes and cooking with wine The World of Wine – May 2021 … END_OF_DOCUMENT_TOKEN_TO_BE_REPLACED

How to visit Napa Valley on a Budget. In this video Carson and I explain a few ways to enjoy Napa on the cheap. Tip and advice about how to visit Napa … END_OF_DOCUMENT_TOKEN_TO_BE_REPLACED

Home Videos Get To Know Argentina Wine | Wine Folly If you love Malbec, Argentina is your ultimate wine region. But that’s not … END_OF_DOCUMENT_TOKEN_TO_BE_REPLACED