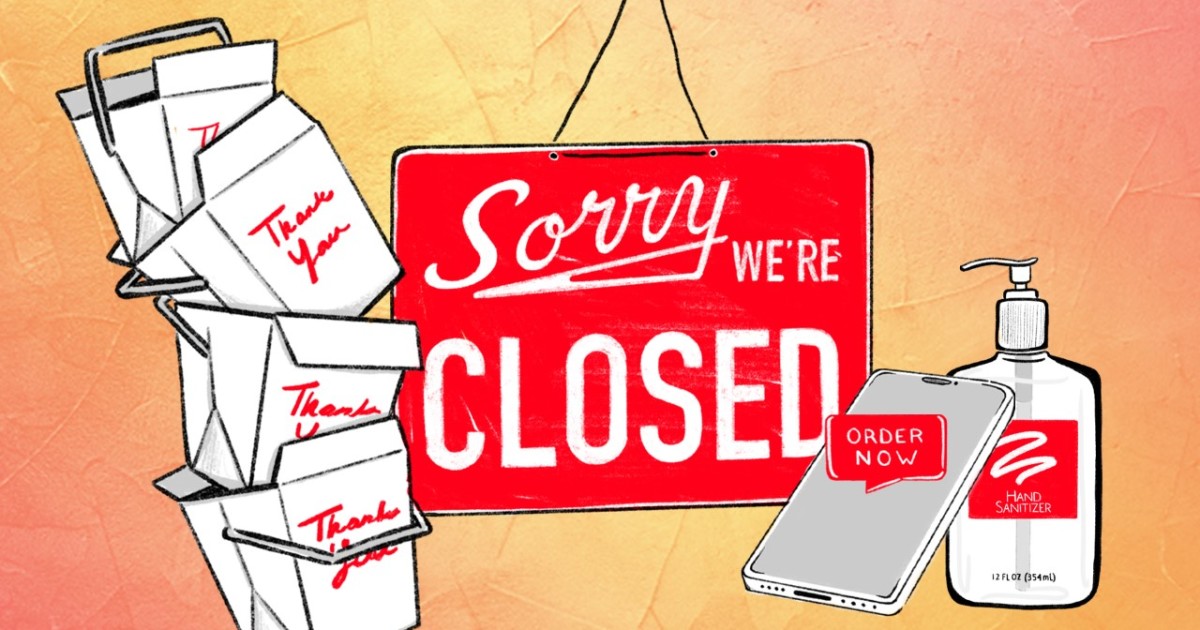 For this weekend’s Food section, the Food team marked the anniversary of the pandemic-related shutdowns and its rippling effects on Los Angeles’ dining and cooking culture.

Jenn Harris profiles four longtime hospitality workers to find out how they survived the last year: Dante De La Rosa, a server at Las Brisas in Laguna Beach; Abby Zialcita, service operations manager for Tartine Silver Lake and Sycamore; Cynthia Longley, director of operations for the Lucques Group; and Enrique Rosas, a bartender at Tam O’Shanter in Atwater Village for more than 40 years. The dine-in closures and the roller-coaster months that followed entwine their narratives, but each of them have very different and compelling stories.

Enjoying this newsletter? Consider subscribing to the Los Angeles Times

Your support helps us deliver the news that matters most. Become a subscriber.

Lucas Kwan Peterson makes the case that we should pay more to eat in restaurants. “This won’t be a popular opinion; raising restaurant prices would put dining out, already a luxury, out of reach for some,” he writes. “But as a country, we’ve become so used to the idea of cheap food, we’ve forgotten the actual cost of hospitality: the time and labor that goes into growing, preparing and serving a responsibly sourced meal.”

Brian Park writes about the mutual aid groups — including No Us Without You LA, Polo’s Pantry and Ktown for All — that have galvanized or increased their efforts to feed Angelenos in need during the pandemic.

Ben Mims looks back at how his job as a cooking columnist — and others in food media who produce cooking content — changed over the last year. There’s plenty to unpack. “After years of conversations with friends and associates in the food world about how we wished more people cared about cooking, our dream had come true, although not in the environment we’d hoped,” he says. And more vitally: “The new breadth of voices and dishes appearing in magazines, newspapers and online led to a more engaged audience that no longer simply wanted ‘basics’ as presented through a white ‘American’ lens but was eager for fundamental techniques and dishes from around the world that could teach them about different cultures too.”

In the piece Ben also talks about an exchange at a dinner party he had right before the shutdown, when a guest wondered aloud if they should be gathered together. It stirred my own feelings from March 2020, which many of you probably shared: I took growing concerns of the novel coronavirus seriously but it was still inconceivable to me that the rhythms of life could and would simply stop. Even when they did cease — when I drove empty highways to pick up takeout to write about, when I walked up hills in my neighborhood to exercise and those of us on the sidewalks crossed the street to avoid one another — it was still hard to believe the crisis would settle in so disruptively.

For my contribution to the section, I asked myself what an L.A. food writer in 10 years might want to read to help make sense of the moment, so I pulled together a month-by-month timeline tracing the crucial moments of the last 14 months. It felt important to encapsulate an overwhelming time, if only to help us remember the layers of meaning that restaurants bring to our lives. It was a painful exercise, to be honest.

And the pain continues, as we watch the news about the Atlanta spa shootings this week — a heinous capstone in the escalation of anti-Asian hate crimes that have escalated since the pandemic’s inception. As Mary McNamara said in her Times column this week on Cherokee County sheriff’s office spokesman Capt. Jay Baker’s statements regarding the shooter: “The ‘bad day’ comment may go down as the official worst public statement ever made by a law enforcement officer, but honestly, the entire early narrative offered by Cherokee County was horrifying.”’

A jigsaw of societal failures led to this tragedy — the pieces are easy enough to fit together but collectively they’re difficult, maybe impossible, to solve. One place to start if you’re feeling as angry and answerless as I am: a donation to the Asian American Legal Defense and Education Fund.

— Julie Giuffrida, our test kitchen coordinator, shares three approaches to cooking for Passover, and all of them abide by the holiday’s dietary laws.

— Steven Spurrier, who organized the 1976 wine tasting that came to be known as the “Judgment of Paris” and helped put California wines on the global map, has died.

— Stephanie Breijo reports on a city ordinance that would require restaurants to provide utensils only if requested — with one councilmember hoping the ordinance would go into effect by Earth Day, April 22.

— And to conclude on a hopeful note: Luke Money and Hayley Smith write about the optimism fueling California’s reopening economy.

Home Videos The WORLD of WINE – Wine News. Cheap wine, tasting notes and cooking with wine The World of Wine – May 2021 … END_OF_DOCUMENT_TOKEN_TO_BE_REPLACED

How to visit Napa Valley on a Budget. In this video Carson and I explain a few ways to enjoy Napa on the cheap. Tip and advice about how to visit Napa … END_OF_DOCUMENT_TOKEN_TO_BE_REPLACED

Home Videos Get To Know Argentina Wine | Wine Folly If you love Malbec, Argentina is your ultimate wine region. But that’s not … END_OF_DOCUMENT_TOKEN_TO_BE_REPLACED