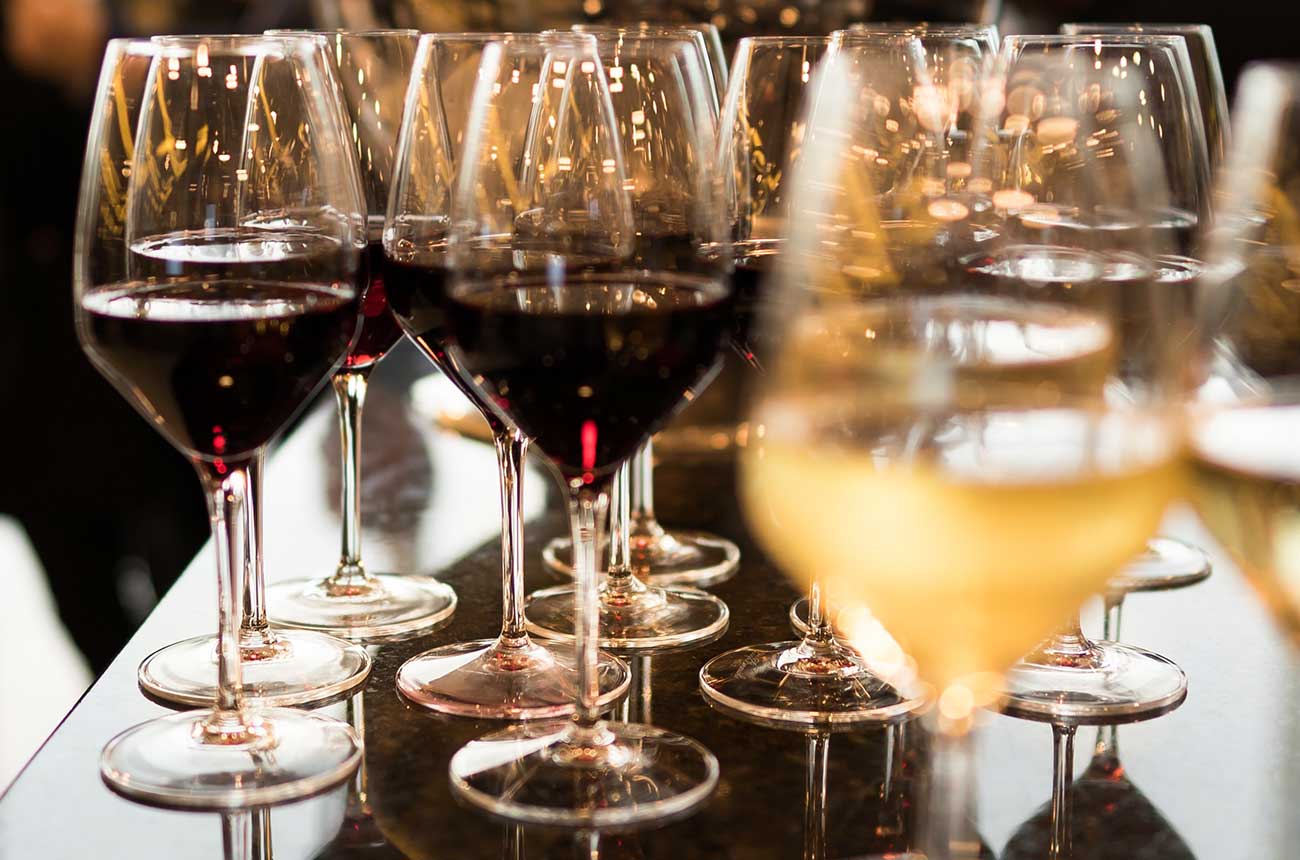 Where do calories in wine come from?

Calories in wine and other drinks can come from sugar content – depending on the style – but alcohol itself is a major contributor.

‘If you are looking to limit your calorie intake, you are right to focus on the alcohol content of wine, as this is by far the most significant determinant of its calorific content,’ wrote Beverley Blanning MW in response to a Decanter reader query in 2016.

‘Alcohol weighs in at a hefty seven calories per gram, which is only two calories fewer than pure fat.’

You might hear calories in wine referred to as ’empty calories’, because they are not considered to have any nutritional value.

So can wine make you gain weight?

‘Wine can cause weight gain because it is a concentrated source of calories, even if it feels light to the taste,’ said Blanning, who has contributed to The Oxford Companion to Wine on wine and health.

Her comments followed a reader query from Chicago-based Maria O’Connell on links between calories in wine and alcohol level, and who also asked whether Champagne is a good option for limiting calorie intake.

‘Champagne can be a good choice, because it is often relatively low in alcohol compared to other dry whites – albeit residual sugar levels would also be a factor,’ Blanning said.

It’s also important to think about serving size, however.

Blanning added, ‘A dry Sherry such as Manzanilla is a fortified wine, so will be high in calories, but as it is often drunk in smaller volumes, the calories consumed could end up being fewer than a lower alcohol, unfortified wine.’

From a broader health point-of-view, it’s also important to take into account guidelines on how much wine should be consumed.

How many calories are there in a bottle of wine?

Blanning recommended using this formula to calculate the number of grams of alcohol in a bottle or glass of wine:

‘Multiplying this answer by seven will give you the approximate calorie content,’ she wrote.

‘Using this model, a standard 750ml bottle of wine with an abv of 13.5% would have approximately 567 calories. Guideline total intake for women in the UK is 2,000 calories daily, and 2,500 calories for men, according to the National Health Service (NHS).’

Health professionals and charities often try to put the numbers in context by equating the amount of calories in alcoholic drinks to other foods, from chocolate and ice cream to fish fingers.

‘Drinking 4 bottles of wine a month adds up to a yearly consumption of around 27,000kcal, which is equivalent to eating 48 Big Macs per year,’ said the NHS in a guide to calories in alcohol, last updated in 2020.

Calories in a glass of wine: Online calorie counting tools and advice

There are various online tools that can help to give you a rough guide, too.

The Drinkaware charity in the UK has an alcohol unit and a calorie calculator, for example.

In the US, the newly published federal dietary guidelines for 2020-2025 defines a standard drink as five fluid ounces of wine (around 150ml) at 12% abv. It says drinkers should expect this to contain around 120 calories.

It also recommends using the US health department’s online calorie calculator for alcoholic drinks, ranging from beer to dessert wine to cocktails.

What about residual sugar?

Blanning said, ‘One other point to bear in mind is that a dry wine may not always be the best choice for a low-calorie option.

‘A sweeter wine with low alcohol (like a German Kabinett Riesling) could be lower in calories than a high-alcohol dry white, because the residual sugar is a less-concentrated source of carbohydrate than alcohol, at four calories per gram.’

Labelling and the politics of calories in wine

There has been lots of debate about calorie labelling on alcoholic drinks, from discussion around whether it should be mandatory or voluntary to differing opinions on how best to do it.

The UK’s Royal Society for Public Health (RSPH) has previously accused the alcoholic drinks industry of ‘hiding’ on the issue of nutrition labelling.

A number of wineries and retailers have supported moves to provide more information, although this is sometimes done online rather than directly on labels.

The issue returned to the fore in the UK this week following media reports that pubs and bars might have to print calorie information on menus or beer taps.

The UK government said last year that it would be looking at the issue as part of its new strategy to tackle obesity.

It said it intended to require restaurants and cafes to give calorie information on menus. It also said it ‘will be consulting on our intention to make companies provide calorie labelling on alcohol’.

New guidance in the US

US regulations don’t require ‘nutrient content labelling’ for alcoholic drinks, according to the country’s Alcohol and Tobacco Tax and Trade Bureau (TTB).

But the TTB issued new guidance in 2020 and the California-based Wine Institute said this would make it easier for wineries to give drinkers more nutritional information.

It said the new guidelines give wineries greater leeway to report ‘typical values’ when giving calorie amounts. Previous rules ‘involved expensive testing of multiple batches of wine close to the time of bottling’, the Institute said.

Separately, rules set out by the Food & Drug Administration – and enforced from 2018 – said calorie information has to be given on ‘standard menu items’ in restaurants with outlets in 20 or more locations. This includes alcoholic drinks in certain circumstances.

This article has been updated in April 2021. The original copy in response to a Decanter reader query was written by Beverley Blanning MW, a writer and author who contributed to The Oxford Companion to Wine on wine and health.

Home Videos The WORLD of WINE – Wine News. Cheap wine, tasting notes and cooking with wine The World of Wine – May 2021 … END_OF_DOCUMENT_TOKEN_TO_BE_REPLACED

How to visit Napa Valley on a Budget. In this video Carson and I explain a few ways to enjoy Napa on the cheap. Tip and advice about how to visit Napa … END_OF_DOCUMENT_TOKEN_TO_BE_REPLACED

Home Videos Get To Know Argentina Wine | Wine Folly If you love Malbec, Argentina is your ultimate wine region. But that’s not … END_OF_DOCUMENT_TOKEN_TO_BE_REPLACED