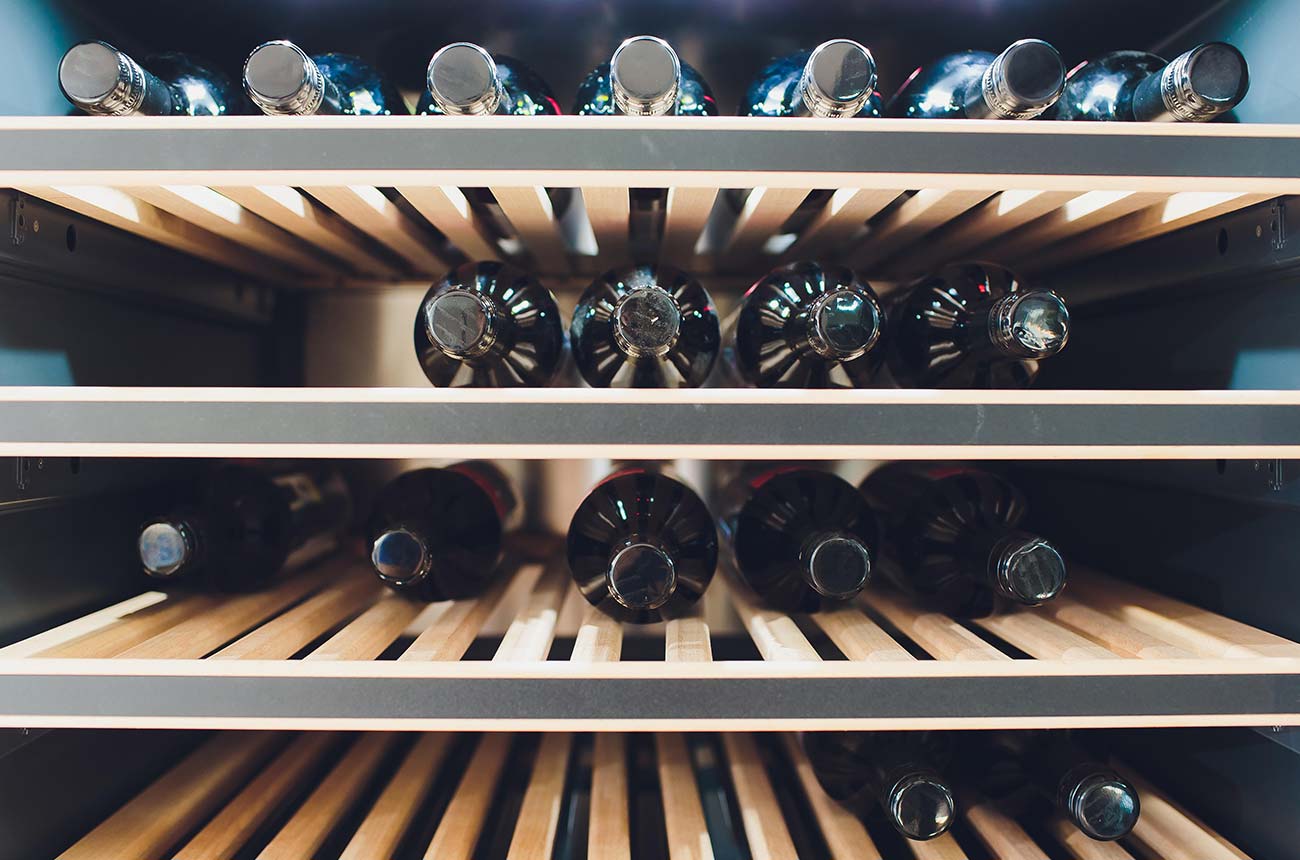 How long can an open bottle last in the fridge?

If you’re wondering how long wine can last after opening, a bottle of white or rosé wine should be able to keep going for at least two to three days in the fridge, if using a cork stopper.

But it varies depending on the style involved. Some wine styles may last for up to five days after opening.

Sparkling wines, such as Prosecco or Champagne, can stay fresh and will keep some fizz for a similar amount of time, but need to be properly sealed – ideally with a specific Champagne bottle stopper.

Champagne expert Tyson Stelzer said that many people would be surprised that an open bottle will ‘still keep some fizz in the fridge for some days’.

The most reliable way of keeping them fresh is ‘to use a Champagne stopper that provides a tight seal, and to keep the bottle as cold as possible’.

So don’t listen to fables about spoons in the Champagne bottle-neck.

How long does red wine last after opening?

While some lighter styles of red wine can be chilled, it’s generally better to keep full-bodied reds out of the kitchen fridge once opened.

Colder temperatures may make a heavy red wine taste unbalanced by bringing tannin and oak to the fore. Ignore this if you have a temperature-controlled wine fridge, of course.

Red wines can generally last three to five days if stored with a stopper in a cool, dark place, said UK retailer Laithwaites after publishing a study in 2017 on the amount of wine people throw away.

Does fortified wine last for longer after opening?

Some fortified wines are built to last and can be kept in the kitchen fridge for up to several weeks once opened.

‘I nearly always have a bottle of tawny on the go in the fridge,’ said Decanter Port expert Richard Mayson in 2016.

In her recent feature on serving and preserving sweet and fortified wines, Anne Krebiehl MW said ruby and reserve will last a few weeks and Tawny could have up to six weeks in the fridge.

The only one to not keep hanging around is vintage Port, which should be drunk up in a few days.

‘These wines are resilient,’ Aline Baly, co-owner of Château Coutet in Barsac, previously told Decanter. ‘That you can keep a bottle open for more than a week is a fact unknown to many.’

It’s worth bearing in mind that there are also a diverse range of gadgets claiming to make your wine last longer, although we haven’t tested them for this article.

Would you know if a wine has gone off?

In particular, look out for the wine becoming oxidised. Have the fruit aromas and flavours become dulled, or has the colour dimmed or gained a brown-edged tinge?

The colour gauge works less well on a Tawny Port, because the wine has already been subjected to controlled oxidation to a greater extent.

Also, look out for vinegary notes, which may be the result of bacteria causing a build-up of acetic acid.

See this guide to common wine flaws and faults for more information.

One of the advantages of bag-in-box wine is that it tends to last longer than an opened bottle.

What about keeping an unopened wine in the fridge?

How sure are you about the plan to drink this particular bottle? We have some helpful tips on chilling wine in a hurry.

Louis Roederer’s chef de cave and executive vice-president, Jean-Baptiste Lécaillon, told guests at a Decanter Fine Wine Encounter in 2014 that one should ‘put Champagne in the fridge 48 hours before drinking it’, if possible.

However, remember that wine generally doesn’t enjoy big temperature fluctuations; unlike vineyard managers, who often speak about the importance of diurnal range during the growing season.

This is one of the reasons why it’s generally recommended not to store wine in the kitchen or near radiators.

Paolo Basso, named the world’s best sommelier in 2013, says that age is an important consideration . ‘Like any food product, exposure to cold will slow or stop the ripening process,’ he said in Decanter magazine in 2016.

‘If you do this only once to a young and robust wine, it will generally resume its ageing process without consequence after a period in the fridge.

‘But a more mature wine, which is less resistant to shock, may suffer. Wine is like us; in youth, we will recover more easily after an accident but when we are older, recovery will be more difficult.’

Wine corks can also harden if a bottle is in the fridge for too long, which may allow air through and give you oxidation problems.

Do you have a ‘wine fridge’?

This doesn’t mean throwing out the vegetables and packing your ‘normal’ fridge with bottles.

A temperature-controlled wine fridge will naturally give you an advantage by helping you to maintain constant, ideal conditions for storage more easily.

‘Some wine fridges offer multi-zone temperature control as well as humidity control, allowing wines to be chilled ready to serve while other wines are maturing at ‘cellar’ temperature,’ said Decanter‘s James Button.

Original article published in 2016 with comments from Paolo Basso. Updated for Decanter.com by Chris Mercer in July 2019 and again in March 2021.

How to let a wine breathe, and when

How to store Champagne at home

Home Videos The WORLD of WINE – Wine News. Cheap wine, tasting notes and cooking with wine The World of Wine – May 2021 … END_OF_DOCUMENT_TOKEN_TO_BE_REPLACED

How to visit Napa Valley on a Budget. In this video Carson and I explain a few ways to enjoy Napa on the cheap. Tip and advice about how to visit Napa … END_OF_DOCUMENT_TOKEN_TO_BE_REPLACED

Home Videos Get To Know Argentina Wine | Wine Folly If you love Malbec, Argentina is your ultimate wine region. But that’s not … END_OF_DOCUMENT_TOKEN_TO_BE_REPLACED