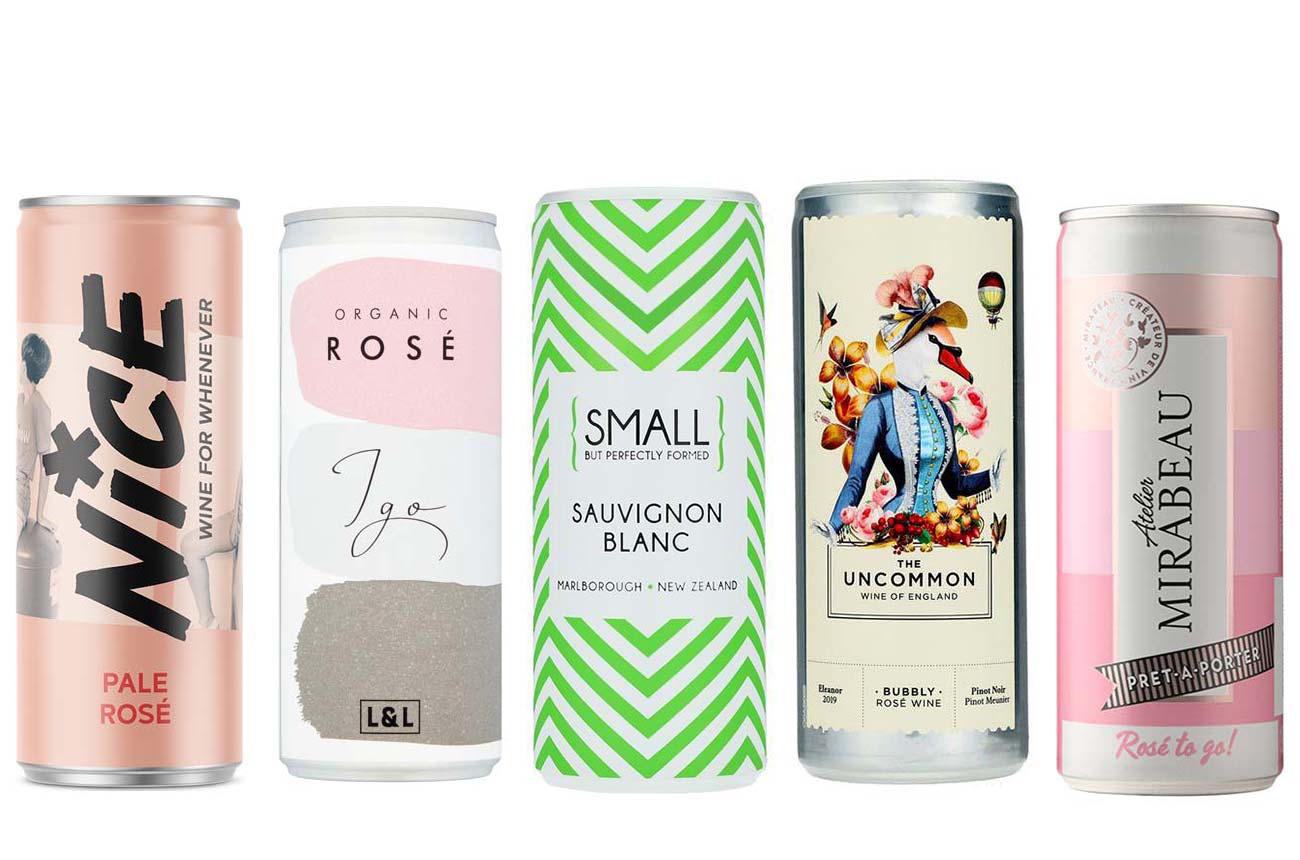 The modern canned wine movement has been developing apace in the US for several years, but the concept has also become more popular in the UK recently.

Cans are a great option for al fresco drinking and picnics, which is something to consider as the UK government prepares to allow more outdoor meet-ups.

There’s no need to pack a corkscrew for one thing.

Canned wine on the rise in UK

‘More retailers are now stocking wine in cans in the UK,’ said Andy Howard MW in the August 2019 issue of Decanter.

‘Waitrose, Tesco, Sainsbury’s and the Co-op have increased their range, while English wine is also getting in on the act with brands such as The Uncommon Bacchus.’

Helen Tordoff, head of wine at Morrisons, said, ‘The past few years have seen different packaging formats become increasingly popular with consumers, and canned wines are no exception.

‘The rise of alfresco drinking during lockdown has only bolstered this, with customers selecting them for the convenience they offer, as well as also the option of a single serve.’

Producer Nice said, ‘Despite [the] significant impact of the pandemic on hospitality sales (especially festivals and sporting events), the business almost doubled its revenue in 2020 (85% growth) and sold over half a million cans.’

‘An advantage of canned wine is faster chilling. This makes cans a good choice for picnics, concerts in the park and drinking by the pool, where glass is most likely prohibited,’ said Eduardo Dinglar in a Decanter.com article in 2018.

Writing in Decanter magazine in 2019, Howard said, ‘Another major advantage of cans is a reduced carbon footprint – aluminium has far higher recycling rates than glass, and the carbon effect of shipping lighter containers is significant.’

Nice said that 72% of cans are recycled in the UK.

You’re also less likely to waste wine, because there’s no need to open an entire bottle.

Quality of canned wine: How good is it?

Don’t underestimate the quality, as long as you know where to look.

‘To date a number of wineries have contributed to the canned-wine world; in many ways elevating the quality and perception of the product,’ wrote Dinglar in 2018.

On price, he said, ‘Some canned wines [in the US] demand prices upwards of $25 per 37.5cl can (equivalent to half a bottle of wine) such as Sans Wine Company Napa Valley Cabernet Sauvignon, while the average price of most is around $5.’

Of the wines available in the UK listed below, many are under £5.

In terms of when to drink, ‘producers mostly agree that canned wine is designed to be consumed soon after buying’, wrote Dinglar in 2018.

It’s good to recognise many of these wines for what they are – enjoyable, fresh and fruity, for when the sun is out.

Bag in box wine: What to buy and why

Home Videos The WORLD of WINE – Wine News. Cheap wine, tasting notes and cooking with wine The World of Wine – May 2021 … END_OF_DOCUMENT_TOKEN_TO_BE_REPLACED

How to visit Napa Valley on a Budget. In this video Carson and I explain a few ways to enjoy Napa on the cheap. Tip and advice about how to visit Napa … END_OF_DOCUMENT_TOKEN_TO_BE_REPLACED

Home Videos Get To Know Argentina Wine | Wine Folly If you love Malbec, Argentina is your ultimate wine region. But that’s not … END_OF_DOCUMENT_TOKEN_TO_BE_REPLACED