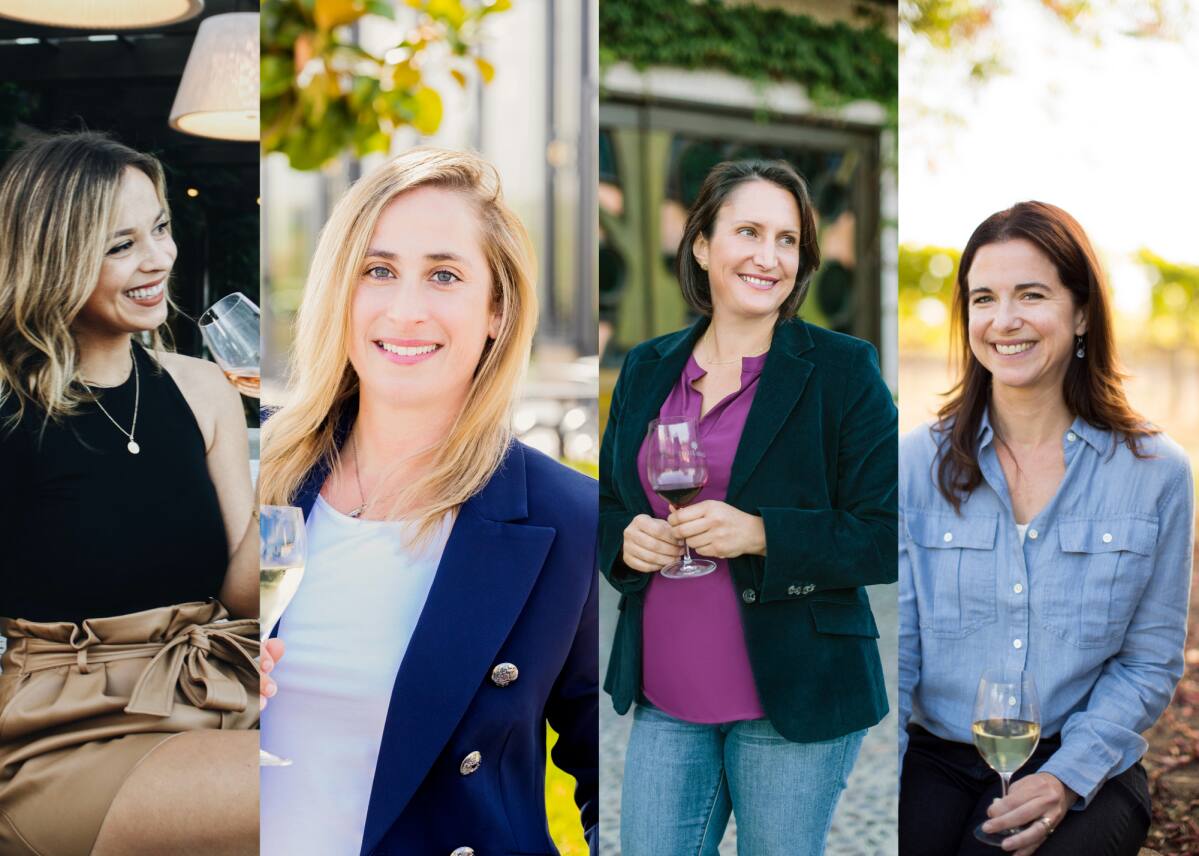 Shattered glass is the confetti when women break through a glass ceiling. With a nod to Women’s History Month, four female wine professionals weigh in on how they continue to break barriers in the wine industry.

Remi Cohen has this advice for women in the wine industry: Know your worth.

“I recognize that there is still a gender disparity in the industry, especially as you look at more senior positions,” Cohen said. “Men still hold the majority of the top winemaking and executive positions, and recent studies have shown women’s compensation to not be on par with men’s in these roles. It’s important for people in the industry to know their value, work hard and ask for roles and compensation that are commensurate with their contributions.”

Cohen, 44, said her role model was her mother — Bernice Cohen — and she mirrored her mettle.

“My mother is definitely the person that gave me the confidence that I can succeed in any career, even one that is traditionally male-dominated,” Cohen said. “She has always encouraged me to explore all avenues, play to my strengths and be confident in who I am.”

Joining Domaine Carneros in August 2020, Cohen is following in the footsteps of Eileen Crane, who had been at the helm since the winery was founded in 1987 by the Taittinger family from Champagne.

“As far as advice or a philosophy, it’s important to be willing to step outside of your role and help other people and departments,” Cohen said. “That helped me gain insight into the sales and marketing sides of the industry early in my career when my jobs were primarily focused on the grape-growing and winemaking operations.”

Developing resilience is also key in advancing in the wine industry, Cohen said. She relies on yoga to keep her stress level in check and has spent the last two decades diving into yoga study. During the pandemic, she took classes online with noted teachers in their fields.

The wine industry can be quite stressful, she said. “There are so many factors out of your control, beginning with one of the most important — Mother Nature. … Every day is different, and you’ll never be bored.”

Approaching one’s career from the standpoint of any particular gender association is limiting, Nicole Hitchcock said. What’s needed, she said, is to identify one’s personal limitations early on and break through those.

“I don’t feel there was a glass ceiling I had to break through as much as I needed to prove myself,” the winemaker said. “I’ve never felt that being a woman has been an added challenge, but it does give you a different outlook.”

Hitchcock, 42, joined Healdsburg’s J Vineyards & Winery in 2015. Growing up on the Central Coast, she worked at high-end restaurants in Carmel and said she was drawn to the winery because of its focus on food and wine pairing. J’s tasting room marries flights of wines with a selection of cheeses or small plates like a blood orange tart with pomelo and meringue. Hitchcock works closely with executive chef Carl Shelton on the tasting menus.

The winemaker said she had strong women in her family — her mother (Donna Robinson), her sister (Sarah Robinson) and grandmothers (Dorothy Boone and Florence Robinson) — who showed her there’s great promise in breaking new ground.

“Women come into the industry with unique perspectives on what has traditionally been a male-dominated craft,” Hitchcock said. “I think that it’s essential to respect and learn from tradition but not to be afraid to push the boundaries and chart new territory.”

Finding a respected mentor on your career path early on is crucial, she said.

“Don’t be intimidated by aspects of the wine culture that feel rigid or overly serious,” Hitchcock said. “Instead, know that incorporating your personal creativity and flair will benefit and inspire all of those wine enthusiasts out there.”

“There’s always a glass ceiling, something new that people don’t know if they can do,” Keller said. “Heading a winery from the beginning without the experience, my biggest fear was learning fast. I think I really had to ground myself and educate myself. Even now, at 50, I’m learning that there are things to learn and explore.”

Home Videos The WORLD of WINE – Wine News. Cheap wine, tasting notes and cooking with wine The World of Wine – May 2021 … END_OF_DOCUMENT_TOKEN_TO_BE_REPLACED

How to visit Napa Valley on a Budget. In this video Carson and I explain a few ways to enjoy Napa on the cheap. Tip and advice about how to visit Napa … END_OF_DOCUMENT_TOKEN_TO_BE_REPLACED

Home Videos Get To Know Argentina Wine | Wine Folly If you love Malbec, Argentina is your ultimate wine region. But that’s not … END_OF_DOCUMENT_TOKEN_TO_BE_REPLACED