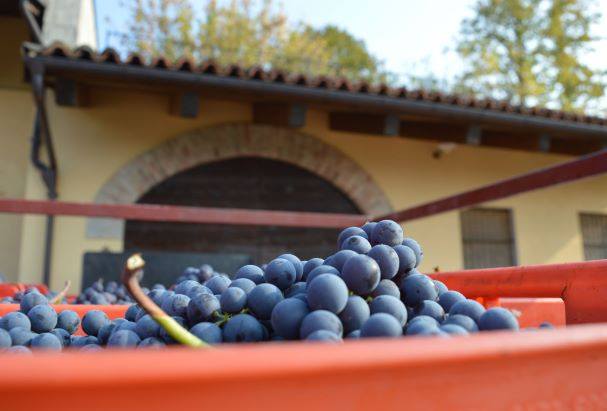 Italy’s winemakers have been hit hard by the coronavirus crisis. As harvest season begins, how are they faring? Piedmont-based wine expert Evan Byrne spoke to producers about the financial aid available and their experiences so far.

As far as financial assistance is concerned, different proposals were mentioned, but many producers were sketchy on the details because they were not applying, choosing instead to try riding it out

On July 27th a meeting was held in Castagnito, Piedmont, in which various proposals were discussed by representatives of the consorzi (winemakers’ consortiums) present.

Each of these was approved.

What financial aid is avalable to winemakers?

For emergency distillation – in order to ‘reduce speculation in the bulk wine market’ – the national fund is €100 million.  Piemonte got €4 million of this.

For the harvest, the compensation on offer to growers to reduce their yields is as follows, and is provided by the Italian state:

This is based on the number of hectares under vine for the 2019/2020 harvest.

This is for reducing the yield by 15 percent, rather than leaving the entire crop unpicked.

No figure was given for the size of the fund for purchasing new tanks.

At least one producer I contacted had also received a contribution from the Italian government of 15 percent of the difference in turnover between May 2019 and May 2020.

These packages mean different things to different producers. To those not applying for any assistance, they will not mean anything. Larger ‘industrial’ producers will want to shift stocks and, perhaps above all, empty tanks and barrels for the incoming harvest.

Emergency distillation is likely to be a course of action taken by these producers. They may also buy more storage capacity, but the wines they produce are ‘everyday’ wines, released and drunk young.

There will be little-to-no market for previous vintages in a year or two, so the producers will want to get shot of them.

Many smaller producers with a focus on higher-priced wines are trying to ‘tough it out’ and hang onto their stocks. They do not want to send them for distillation (the price differential between a litre for distillation and a finished bottle is unpalatable) or to sell in bulk unless they absolutely have to.

Selling a wine with an extra year in bottle will not worry them – as long as they can sell it.

They might even decide to continue with this in the future: ageing the wines a little longer before sale, and perhaps keeping some back each year to regulate the market and have some older stock to sell in years to come.

In addition to the practical aspect of the aid packages, producers have experienced some things for the first time this year.

How are wine producers coping?

The following was one producer’s tale – a small snapshot, perhaps, but illustrative of the situation for many here.

Their wine sales to the end of July were down 32 percent on 2019’s turnover, despite the market recovering slightly in June and July.

“The situation is difficult because the crisis is global, people aren’t going out much and don’t really want to “shut themselves up” in restaurants or wine bars, and for the autumn, given a possible second wave, I think it will be even harder.” the producer said.

They noted that prices for bulk wines had collapsed.  Some producers told them that prices of bulk wines are between 70 and 80 percent down on pre-Covid-19 levels.

This may not have much effect on someone with bottled Barolo to sell, but it will have a severe impact on those who sell a lot in bulk, and those repercussions will ripple right throughout the sector here.

For the harvest itself, they have a shortage of pickers – most come from Eastern Europe and are currently required to quarantine: many are not coming.

This particular producer has gone through humanitarian organisations to offer work to refugees and asylum-seekers.  Most producers are getting people wherever they can.

The work in the vineyards has continued as normal, so the effects of the pandemic will not be felt so much there.

So far, 2020 looks like being a great year for both quality and quantity, depending upon how much is picked.

But the effects in terms of the economy and lives of the people here will continue for some time – assistance payments and repayment ‘holidays’ will not last forever, and there may well be financial readjustments for some years ahead.

Evan Byrne is a British wine expert with over 20 years’ experience.  He first visited Piemonte in 2001 to work a harvest season, stayed three years and has been Piemonte-based full-time since 2008.  In addition to making and selling wine during his career, he also has a blog, PiemonteMio, and will launch his own wine as soon as coronavirus allows. You can email him here.

Home Videos The WORLD of WINE – Wine News. Cheap wine, tasting notes and cooking with wine The World of Wine – May 2021 … END_OF_DOCUMENT_TOKEN_TO_BE_REPLACED

How to visit Napa Valley on a Budget. In this video Carson and I explain a few ways to enjoy Napa on the cheap. Tip and advice about how to visit Napa … END_OF_DOCUMENT_TOKEN_TO_BE_REPLACED

Home Videos Get To Know Argentina Wine | Wine Folly If you love Malbec, Argentina is your ultimate wine region. But that’s not … END_OF_DOCUMENT_TOKEN_TO_BE_REPLACED