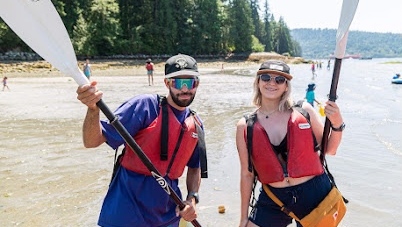 SASKATOON —
A woman from Lloydminster, Sask. and her partner from Vancouver are preparing to hit the road on Monday for a 40-day trip exploring campsites across Canada.

“We’re beyond excited. We both really never explored outside of B.C. and Alberta so getting to see what Ontario and Quebec have to offer is going to be a huge deal for us,” Brodie Younger said.

Younger, who now lives in Vancouver, and her boyfriend, Andrew Santos, were selected as the winners of Hipcamp’s national contest for the “Best Summer Job in Canada.”

Hipcamp, based in the U.S., bills itself as the world’s largest provider of outdoor stays. It recently launched in Canada and has over 850 locations all over the country, including several in Saskatchewan.

The job will see Younger and Santos travel to 20 camping and glamping sites in B.C., Alberta, Ontario and Quebec, creating vlogs and taking photos along the way.

“There’s a few cool places like a luxury teepee that I’m really excited about,” Younger said. “It’s a mixture between actual tenting on properties to cabins, yurts, tree houses.”

Santos added, “We’re going to be staying in a barrel as well, a bunk bed in a barrel, which is exciting. But yeah I don’t have too many expectations and I’m going in just to be surprised.”

Younger said one of the things she is looking forward to most is getting to connect with the hosts of the campsites, some of whom also offer experiences like horseback riding, strawberry and blueberry picking, wine tasting among other things.

“Seeing what the hosts have to offer, hearing their story about how they got the land and why they want it to be on Hipcamp is what we’re really excited for,” she said.

Younger and Santos will be staying at each campsite for two days, and while they say it may be a challenge as they’re moving at such a fast pace, they’re prepared.

Santos said he has done a lot of international travel and has been shooting video for 10 years. 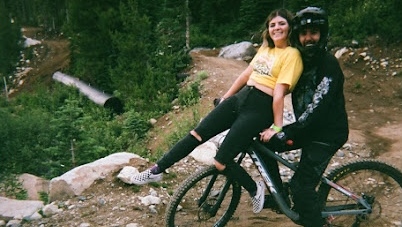 Younger does freelance marketing and has a passion for sustainability and the outdoors.

The pair had to submit a video to be considered for the role — something that stood out to Hipcamp Canada’s general manager, Tegh Singh Bedi.

“I think it was a combination of their compelling application, which was very, very hilarious and also just shows how good of storytellers they are, and combining that with their true passion for the outdoors and the passion towards camping,” he said.

The contest was created to help launch Hipcamp Canada and show Canadians what other camping options are available.

“We really wanted to use this as an opportunity to help more and more Canadians understand that private land camping is another really large opportunity for them to go out and experience nature and be outdoors and recreate responsibility.”

Younger and Santos said their hope is to share their love of camping with the rest of Canada and inspire others to explore the outdoors.

“We just want to inspire everybody to get outside of your house right now. It’s a really good time to do it and explore your own backyard. Like, we are used to doing international travel, but you don’t need to do that, there’s so much to see [in Canada],” Santos said.

Younger added camping is a good way to get away from the hustle and bustle of the city.

“Turning off your phone and turning off all electronics and just being with the Earth is so important and you need to do it. Humans were made to do that, we weren’t made to be on laptops all the time. And as far as if you’re not familiar with camping, you can work your way into it, do some of the glamping ones,” she said.

Along with scoring a cross-Canada camping trip, Younger and Santos got a cash prize of $20,000 that they will be splitting and using to prepare for the trip.

Younger and Santos will start their 40-day adventure on Monday in B.C. and will end in Quebec on Sept. 16.

The pair said they will be posting videos and photos on their personal Instagram accounts and on Hipcamp Canada’s Instagram.

Home Videos The WORLD of WINE – Wine News. Cheap wine, tasting notes and cooking with wine The World of Wine – May 2021 … END_OF_DOCUMENT_TOKEN_TO_BE_REPLACED

How to visit Napa Valley on a Budget. In this video Carson and I explain a few ways to enjoy Napa on the cheap. Tip and advice about how to visit Napa … END_OF_DOCUMENT_TOKEN_TO_BE_REPLACED

Home Videos Get To Know Argentina Wine | Wine Folly If you love Malbec, Argentina is your ultimate wine region. But that’s not … END_OF_DOCUMENT_TOKEN_TO_BE_REPLACED