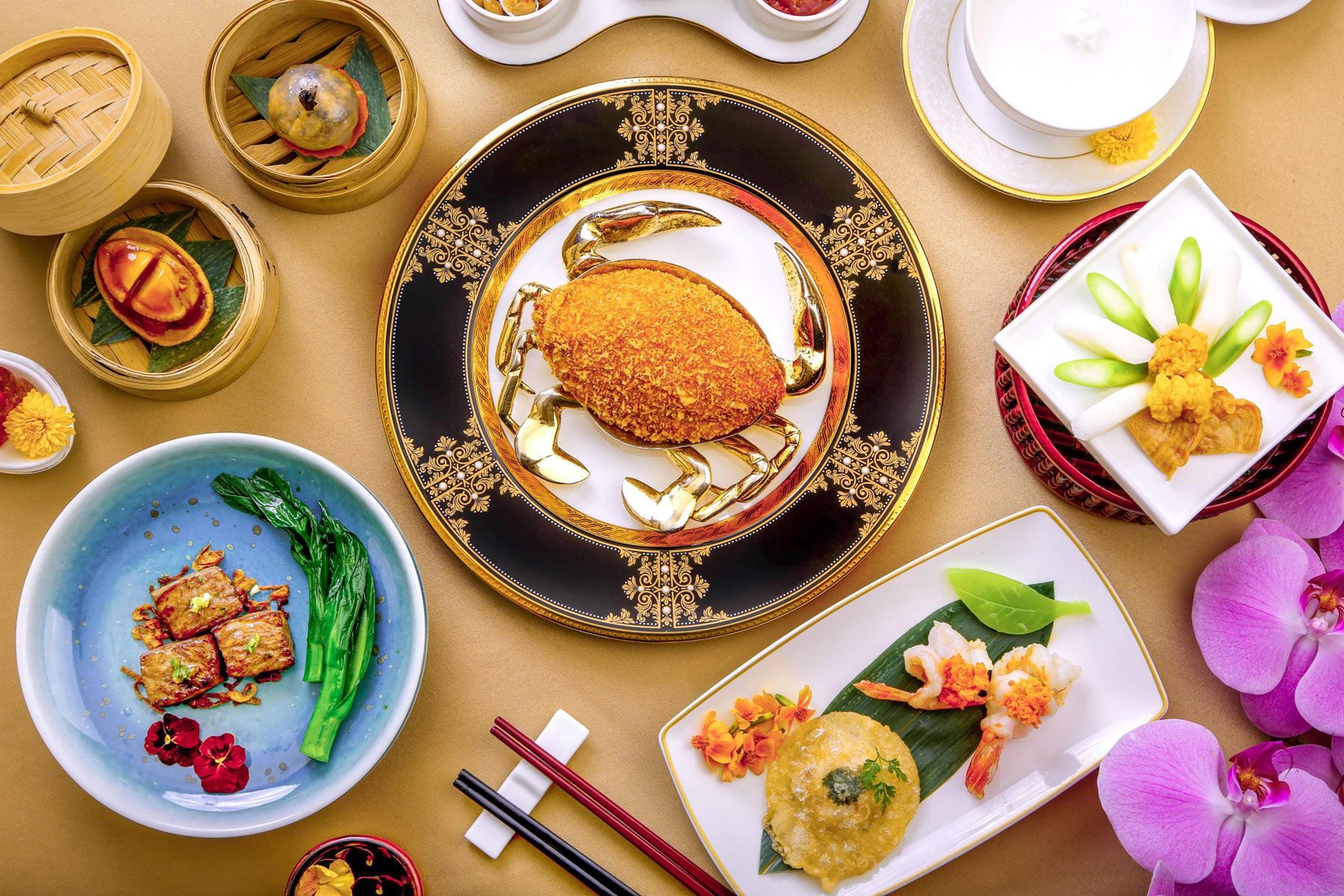 The streets are alive again as Hong Kong wraps up its first week of nighttime dining. With the further relaxation of the public gathering restriction from two people up to four, daily reported virus cases dipping into single digits, and the looming prospect of mass vaccinations, it seems that a semblance of normality may finally be around the corner. To get a taste of what that means, tuck into all the latest happenings this week in Hong Kong below.

See also: The Restaurants Our Editors Are Booking For Dinner Now That Restrictions Have Lifted

In a continuation of Feeding Hong Kong’s pre-Lunar New Year workshop on food insecurity with eight top Hong Kong chefs, Tate Dining Room‘s Vicky Lau is getting her entire staff of 30 in on the action to mark International Women’s Day. The team will split into two, with one group unloading, sorting and packing surplus food donations at Feeding Hong Kong’s Yau Tong warehouse, while the second group will pack 400 Emergency Food Boxes—each one contains enough essential food for 42 meals, including dry goods such as rice, noodles, oats, and beans, canned proteins, and beverages like tea and UHT milk.

“On this International Women’s Day, we decided to scrap the idea of cooking a special dinner at our restaurant and instead take direct action with the help of Feeding Hong Kong. We are passionate about this particular cause and hope as many hungry individuals receive the nourishing meals they deserve,” says Lau. “This will also be a very valuable experience for our teams to learn more about the shocking reality of food waste and food poverty in Hong Kong.”

If you would like to help alleviate food poverty, Feeding Hong Kong offers several options for you to make a difference, whether that be donations in the form of funds or food, volunteering your time, or–for those working at a restaurant, food wholesaler or distributor–arranging the redistribution of surplus stock to its Yau Tong headquarters. To find out more, head to feedinghk.org.

Signalling a change in seasons, Lucale’s head chef Alessandro Angelini adds a host of new dishes to the menu. Highlights include the burrata con Gamberi, which layers red Sicilian prawns, melon, avocado and green apple atop a bed of burrata; and the tonno fresco Siciliano, where a bouquet of Sicilian tuna ribbons is paired with with avocado cream, soy sauce and a dressing of Sorrento lemons. The showstopper is undeniably the raviolo gigante con ricotta—a gargantuan raviolo expertly stuffed with ricotta, mascarpone and egg yolk in a black truffle and green pea cream sauce. The new dishes will debut from March 4 onwards.

The Burmese restaurant in Central has added two Lethwei punches suited for two to four people to their drinks menu. Featuring a medley of tropical ingredients—think Nusa Caña rum, pineapple cider, and rhubarb and hibiscus cordial—the punches are served in Covid-safe fashion, in a hollowed-out pineapple with a tap on top, or a stacked tiffin lunchbox that can be separated into individual portions. Available only at the restaurant’s “Lethwei Nights” on Tuesdays, these libations can be had for HK$300 and up.

The longstanding yakitori eatery Yardbird celebrates its 10th anniversary from next month onwards, having recently secured its first Michelin star. To commemorate the occasion, they will be holding 10 events and releasing 10 special collaborations over 10 months—expect food, drink and product collaborations with a who’s who of the local F&B landscape. To stay updated on what they have in store, sign up for their newsletter online here.

Chow down on these new offerings from stalwarts of the Chinese restaurant scene, from Cantonese wine pairings to Nyonya cuisine.

Hong Kong-born cannoli brand Holy Cannoli is launching an all-new flavour of its signature pastry tomorrow (Saturday 27) at cocktail speakeasy 001. Blending bergamot and Earl Grey tea with a CBD infusion, the treat is sure to have certain therapeutic calming qualities. Starting from 3pm, the limited-edition flavour will be available while supplies last.

Home Videos The WORLD of WINE – Wine News. Cheap wine, tasting notes and cooking with wine The World of Wine – May 2021 … END_OF_DOCUMENT_TOKEN_TO_BE_REPLACED

How to visit Napa Valley on a Budget. In this video Carson and I explain a few ways to enjoy Napa on the cheap. Tip and advice about how to visit Napa … END_OF_DOCUMENT_TOKEN_TO_BE_REPLACED

Home Videos Get To Know Argentina Wine | Wine Folly If you love Malbec, Argentina is your ultimate wine region. But that’s not … END_OF_DOCUMENT_TOKEN_TO_BE_REPLACED