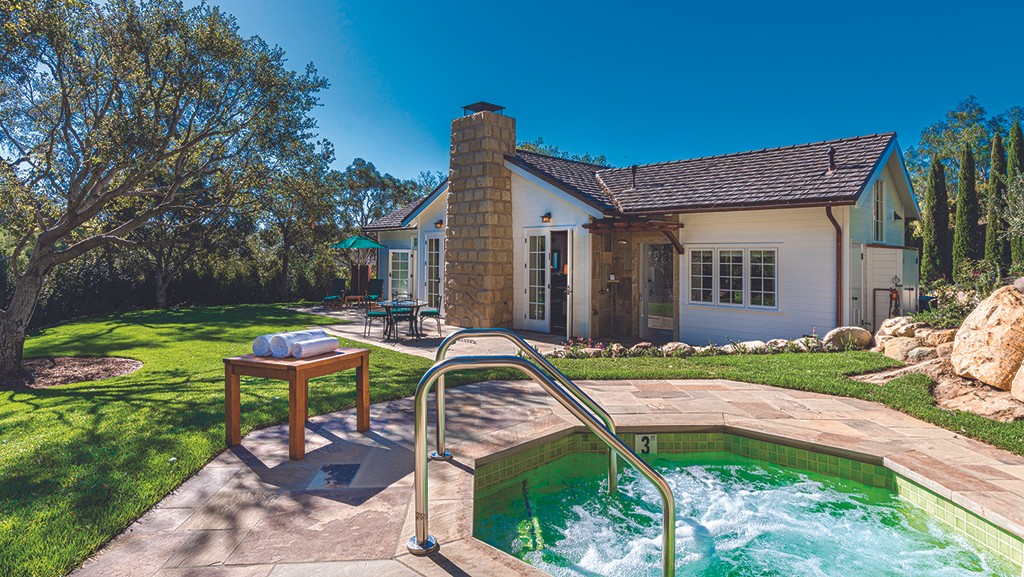 With spring break arriving in late March, many industry parents are looking for getaways after a winter of stay-at-home orders: “COVID responsibility and avoiding planes likely means a road trip.

After a year of social distancing and lockdowns, the travel industry is bouncing back just as spring break approaches for L.A. schools. “Everything has blown out in the last few weeks as far as bookings, thanks in part to the vaccine,” says luxury travel curator Jack Ezon, founder of Embark Beyond. “Current rates are higher than holiday time, and now it’s just about finding suitable remaining space at fine hotels.”

But some industry names are being more cautious about dipping their toes into venturing out in coming weeks. “My comfort level is still low,” says TV producer Patrik-Ian Polk (P-Valley, The Chi). “Driving to the destination feels best right now, so I’m looking at Post Ranch Inn in Big Sur.” UnbeliEVAble Entertainment’s Ben Spector (Eva Longoria’s producing partner) tells The Hollywood Reporter he’s looking to get away to California’s Central Coast as well. “As a single father of a 3-year-old,” he says, “juggling spring break with COVID responsibility and avoiding planes likely means a road trip to Paso Robles,” with a stop along the way at the Santa Ynez Valley guest cottage of friends Tracey and Shaun Cassidy, the singer-producer.

Given that many families have been forced to remain apart over the past year, some are using spring break as an opportunity for reunions. TV producer Mark Lafferty (The Right Stuff) and his family might drive to Northern California “to see our parents, now that they’ve been vaccinated.”

Others will use the time off to tour universities. “We’re talking about traveling around California via our trusty minivan to visit colleges my high school senior son got into and see our daughter at Berkeley while we’re at it,” says screenwriter Dan Mirvish. “Nothing too fancy, but it will be the biggest traveling we’ve attempted in the last year!”

Bookings are significantly up for rental homes in Laguna, San Diego and Santa Barbara, according to Adam Pedowitz of TurnKey Vacation Rentals, which manages more than 6,000 properties across the country. He reports “seeing stronger than normal interest in spring break travel this year with drive-to destinations performing particularly well.”

Mike Minchin of Auberge Resorts — whose properties include industry favorite Auberge du Soleil in Napa (where Julia Roberts has stayed) — says that travelers are still looking for stand-alone options during the pandemic. “We have many of our Hollywood clients booking two- to four-bedroom, home-style residences at our properties.”

One film producer who asked to speak anonymously because of privacy concerns shared that she’s booked a residence at Auberge’s Chileno Bay in Los Cabos, along with private air travel for her family. “My parents now have their vaccinations, so they’re coming too!” she adds. In fact, Ezon reports he’s seeing a 50 percent increase in multigenerational travel. “After being cooped up and isolated for so long, families are eager to be together.”

A version of this story first appeared in the March 18 issue of The Hollywood Reporter magazine. Click here to subscribe.

Home Videos The WORLD of WINE – Wine News. Cheap wine, tasting notes and cooking with wine The World of Wine – May 2021 … END_OF_DOCUMENT_TOKEN_TO_BE_REPLACED

How to visit Napa Valley on a Budget. In this video Carson and I explain a few ways to enjoy Napa on the cheap. Tip and advice about how to visit Napa … END_OF_DOCUMENT_TOKEN_TO_BE_REPLACED

Home Videos Get To Know Argentina Wine | Wine Folly If you love Malbec, Argentina is your ultimate wine region. But that’s not … END_OF_DOCUMENT_TOKEN_TO_BE_REPLACED