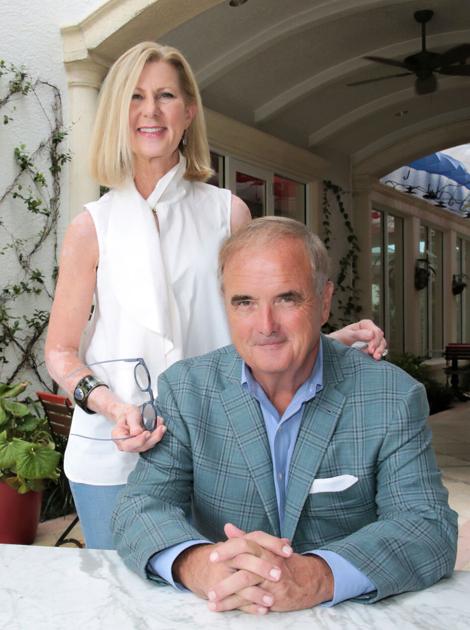 Hoffmann’s plans include construction of a hotel, a five-star restaurant, a nine-hole par-three golf course and other attractions.

If the plan is successful, the consolidated winery is expected to be the largest in the Midwest. The company also will be the largest owner of commercial real estate in Augusta.

To date, the company has purchased the 90-plus-acre Balducci Winery and Vineyards at 6601 Highway 94, the 53-acre Knoernschild Vineyards at Highway 94 and Jackson Street, the old Augusta Wine Co. building on Walnut Street and the old country feed store and winery. According to a press release, the company plans to purchase two additional Augusta wineries in late January or February, which will add another 250 acres to its holdings. The release said the company is in talks to potentially acquire other area wineries too. Details have not been disclosed.

Hoffmann, who now lives in Naples, Fla., said he sensed an opportunity to create a national destination in the region along the Missouri River and Highway 94 and started making the deals around October 2020.

“The uniqueness is in the beauty of the land and how it lays,” Hoffmann said. “The rolling hills and the grape vineyards themselves are just beautiful. It’s stunning.”

Hoffmann said he expects the investment to total more than $100 million.

According to a 2017 economic impact study, Missouri wine and grapes are a $3.2 billion industry, providing $1 billion in wages annually to almost 28,000 people and attracting more than 875,000 tourists each year.

Hoffmann did not disclose the closing costs on any of the acquired properties, saying the information was part of a confidentiality agreement he had with the previous owners.

Hoffmann’s plan also includes new transportation for the town such as a possible paddleboat dock along the river. The company purchased the old country feed store and grocery building, which it hopes to develop into a depot where it will offer trolley rides, horse and buggy rides and a wedding bus to rent. Hoffmann said meetings with Augusta city officials are planned for the coming weeks to apply for the necessary permits.

The Missourian attempted to reach out to Augusta officials, but calls were not returned as of press time. The Missourian also attempted to reach economic development officials with the University of Missouri Extension in St. Charles County but those calls were also not returned as of press time. Also in the development will be public restrooms for the downtown area and a playground Hoffmann plans to donate to the city of Augusta. His long-term goal includes opening a Washington tasting room featuring the products served at the wineries.

“We’ve got very big plans for this part of the world,” Hoffmann said. “And a plan for the people of the community to develop something they’re proud of.”

Hoffmann said he doesn’t know how many jobs the development will bring, but he has already hired several people to start renovations. He will maintain individual brands for the wineries in the development to honor their long histories.

Balducci Winery and Vineyards started with Rick and Carol Balducci, who opened the establishment in 2001 and named it for Rick’s father, a wine merchant in St. Louis for 33 years. The Tuscan decor inside honors Balducci’s grandparents’ native Tuscany, Italy. Hoffmann said he acquired this piece from the Balduccis directly, and their son, Nick, will stay on as winemaker. Rick Balducci also suggested Hoffmann’s company build an amphitheater to seat 500 to 1,000 people for concerts in the summer, an idea Hoffmann said he’s excited to get started on.

Hoffmann also has purchased the former home of the Augusta Wine Co., on Walnut Street. The company today includes Augusta and Montelle wineries and is owned by Tony and Cynthia Kooyumjian, according to state filings. The building on Walnut Street has been vacant since those wineries moved, according to Hoffmann, and he hopes to renovate it in the style of how it would have looked in the 1860s. The project is being financed in part with help from Bank of Washington, according to Hoffmann.

Hoffmann said his interest in wine blossomed during his time on the board of directors for the Naples Winter Wine Festival, an annual auction that raises $20 million to $25 million annually for the Naples Children and Education Foundation.

“I made a lot of relationships with vineyards in California, Europe, Australia, Uruguay, all over the world,” Hoffmann said. “So we have some unique insights into the wine business because of that experience that we plan to capitalize on.”

He added that the Augusta development also will utilize many of Hoffmann’s nearly 50 other companies to ship Missouri wine to grocery stores and other businesses.

“We’re going to be tapping into that channel of distribution,” he said.

Hoffmann Family of Companies also owns the Elmwood Golf Course between Washington and Union, where Hoffmann planted grapes about five years ago. The real estate owners have more than 200 locations worldwide, including 33 in Naples, Florida, 26 in Winnetka, Illinois, 13 in Avon, Colorado, and a home in St. Albans in the school district of Hoffmann’s alma mater, Washington High School. His wife, Jerri (Noelke), is a graduate of St. Francis Borgia Regional High School.

Editor’s Note: This story has been updated to remove incorrect information about Knoernschild Vineyards. The vineyard is not connected to Centennial Farms, which is a farm and orchard owned by Bob and Ellen Knoernschild. The Missourian regrets this error.

Home Videos The WORLD of WINE – Wine News. Cheap wine, tasting notes and cooking with wine The World of Wine – May 2021 … END_OF_DOCUMENT_TOKEN_TO_BE_REPLACED

How to visit Napa Valley on a Budget. In this video Carson and I explain a few ways to enjoy Napa on the cheap. Tip and advice about how to visit Napa … END_OF_DOCUMENT_TOKEN_TO_BE_REPLACED

Home Videos Get To Know Argentina Wine | Wine Folly If you love Malbec, Argentina is your ultimate wine region. But that’s not … END_OF_DOCUMENT_TOKEN_TO_BE_REPLACED