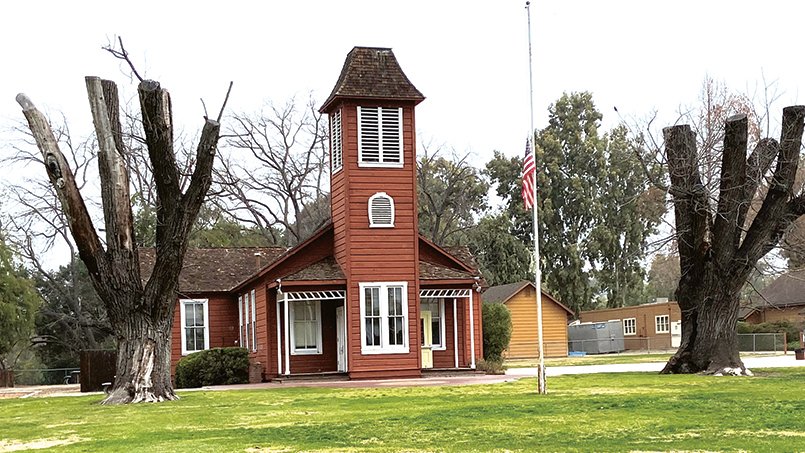 The Gathering Table in the village of Ballard is a four-star restaurant, but please, keep it casual, says owner/chef Budi Kazali, a hard person to pin down for a conversation.

I finally caught up with him nearly two weeks after visiting the restaurant and his boutique hotel, the Ballard Inn.

“We are dubbed a fine dining restaurant, but I want people to be comfortable,” Kazali explains. “I don’t want to be a place to go to for only a special occasion.”

Apparently both locals and visitors have gotten the message.

While staying at the equestrian-themed inn, we were encouraged to make reservations for dinner and it’s a good thing we did. Every table under the tents on the front lawn was occupied. Portable heaters kept us warm (Ballard sits in the middle of Santa Ynez Valley wine country; hence, nights are almost always cool) while I enjoyed an unmatched wild mushroom risotto and chicken with arugula and chimichurri sauce. All items are individual small plates, so guests can mix, match and share. (Warning: It’s difficult to choose.)

When Kazali and wife Chris bought the inn and restaurant in 2004, he made menu changes slowly so as not to “shake up” the town of 500. The award-winning chef transitioned to a “sharing menu” two years ago, so “now you can combine selections any way you want. We put the lightest fare at the top of the menu, and it gets bigger and bolder as you go down.”

The Gathering Table has survived the pandemic because locals ordered takeout.

“We made it go with to-go,” said Kazali, who arrived in Santa Barbara from Indonesia at age 12.  He credits his mother, “a great cook who has food on the table 24 hours a day,” for his interest in cuisine, and his wife for encouraging him to attend culinary school after he earned a degree in economics.

“I worked at my parents’ hotel as a kid — front desk, night shift — but there were lulls,” Kazali said. “I saw that kitchen life was more exciting and it was ongoing. The kitchen was exciting for 10 hours a day.”

Fortified with a full breakfast the next day, we make the six-minute, scenic drive from Ballard to another Santa Ynez Valley gem, the village of Los Olivos . If it’s learning about and sampling wine you want, park your car in front of any of the historic Victorian buildings and leave it. You’ll find more than 30 tasting rooms within a block. The most difficult task of the day is choosing which ones to visit. Fortunately, we don’t  have to decide; the tasting room chooses us.

About a half-block from our parking spot, we strike up a conversation with renowned neo-impressionist artist James Paul Brown, who is loading canvases into the back of his Toyota. It is parked in front of Artiste Tasting Studio, which doubles as an art gallery. Brown and other artists design labels for Artiste’s limited-edition blended wines, which are inspired by the artworks, explains Ashley Meehan, resident sommelier.

Brown’s paintings, many priced at five figures, are currently featured in the gallery. Artists’ works are rotated quarterly.

What started out as a quick look-see in the gallery morphs into a two-hour verbal voyage with Brown on his lifetime of travels and encounters with the world’s movers and shakers; a lesson in blending wines; and an unhurried wine tasting.

We buy a bottle with Brown’s painting of the Eiffel Tower on the label (34% Grenache, 33% Malbec and 33% Petit Verdot) and store it for a special occasion. He tells me later in a phone conversation that he plans to open his first bottle soon “and I’ll let you know if it’s good.”

Home Videos The WORLD of WINE – Wine News. Cheap wine, tasting notes and cooking with wine The World of Wine – May 2021 … END_OF_DOCUMENT_TOKEN_TO_BE_REPLACED

How to visit Napa Valley on a Budget. In this video Carson and I explain a few ways to enjoy Napa on the cheap. Tip and advice about how to visit Napa … END_OF_DOCUMENT_TOKEN_TO_BE_REPLACED

Home Videos Get To Know Argentina Wine | Wine Folly If you love Malbec, Argentina is your ultimate wine region. But that’s not … END_OF_DOCUMENT_TOKEN_TO_BE_REPLACED