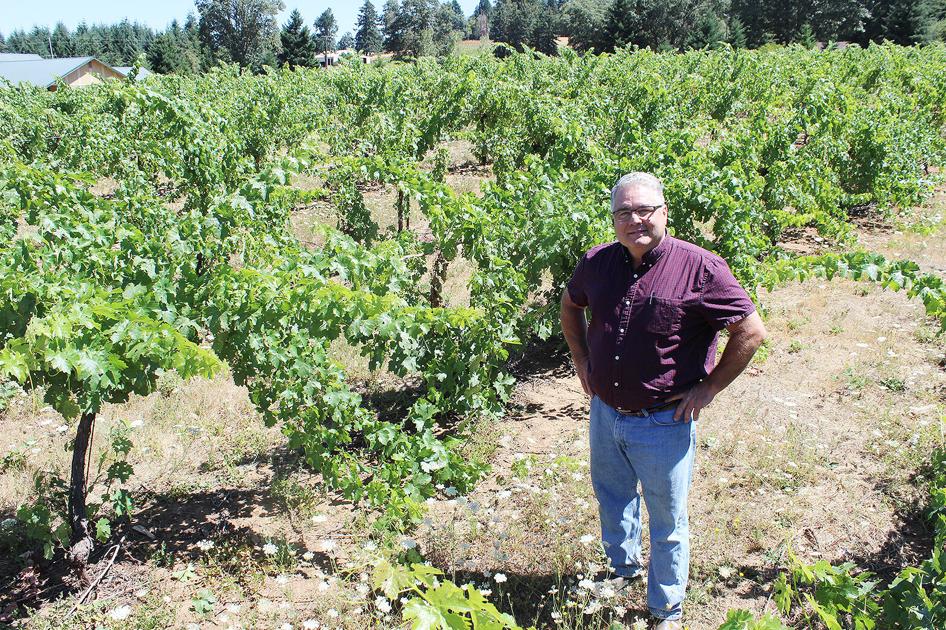 ROSEBURG, Ore. — When Dyson and Susan DeMara were in the market for a vineyard or property on which to grow winegrapes, their focus was on an “old school” operation.

“I’m a huge believer in dry farming, like in Europe,” Dyson DeMara said. “We were also looking for a hillside site with super powerful nature in order to make a fine wine.”

DeMara added that he and Susan didn’t want a financial partner.

Dyson had worked for 20 years in California’s corporate wine industry and he was ready for a small community, family-owned vineyard and winery.

The DeMaras’ thinking was similar to that of Richard Sommer, the founder of HillCrest Vineyard, a hillside vineyard a few miles west of Roseburg. The DeMaras purchased the vineyard and winery from the Sommer family in 2003.

Dyson and Susan are honored to carry on what Richard Sommer started when in the 1960s he planted a variety of winegrapes, but mainly Riesling and Pinot noir, on 8 acres that was previously a turkey farm.

Sommer planted his vineyard despite being advised by his University of California-Davis viticulture professors that Oregon’s wet and cold climate was not conducive to such a venture. But he succeeded, bottling the first commercial Pinot noir in Oregon with a 1967 vintage.

Since purchasing the vineyard, the DeMaras have had to remove most of Sommer’s vines because of their age and the infestation of phylloxera, an insect that kills the root system. There is one row of Chardonnay of Sommer’s original plantings still in the ground and still producing grapes.

Through the efforts of the DeMaras, HillCrest Vineyard has been certified as an Oregon state historic site. It is the only winery in the Pacific Northwest that has such a designation.

“People visit us because it is the oldest vineyard and winery in Oregon and because of its Old World ways,” Dyson DeMara said. “We talk about Richard Sommer here and we honor him.”

There are outside signs signifying the vineyard and winery as being Oregon’s oldest and there are framed articles in the tasting room explaining Sommer’s wine accomplishments.

“Richard had been forgotten for a while, but he’s now fixed in Oregon’s wine history,” DeMara said. “What he did is unsurpassed by anybody in the Northwest.”

The DeMaras have expanded HillCrest to 34 acres and are growing 65 winegrape varietals, some in just one row and some over several acres. The winery bottles 2,000 cases a year from the HillCrest grapes. The couple also recently purchased the 25-acre Misty Oaks Vineyard and Winery and plan a tasting room opening next summer. That vineyard is about 10 miles from HillCrest.

Dyson and Susan DeMara do all the winemaking, but have been joined on a full-time basis by their daughter, Hanna DeMara, this summer. She is a graduate of Udine Winemaking School in Italy and has worked in the industry in Italy, Argentina and Germany. The DeMaras’ son, Parker, helps on a part-time basis in sales.

“What was used in winemaking 100 years ago are the only things we use here now,” Dyson said. “What is most interesting about wine is its legacy and we want to remember and honor that here.”

Home Videos The WORLD of WINE – Wine News. Cheap wine, tasting notes and cooking with wine The World of Wine – May 2021 … END_OF_DOCUMENT_TOKEN_TO_BE_REPLACED

How to visit Napa Valley on a Budget. In this video Carson and I explain a few ways to enjoy Napa on the cheap. Tip and advice about how to visit Napa … END_OF_DOCUMENT_TOKEN_TO_BE_REPLACED

Home Videos Get To Know Argentina Wine | Wine Folly If you love Malbec, Argentina is your ultimate wine region. But that’s not … END_OF_DOCUMENT_TOKEN_TO_BE_REPLACED