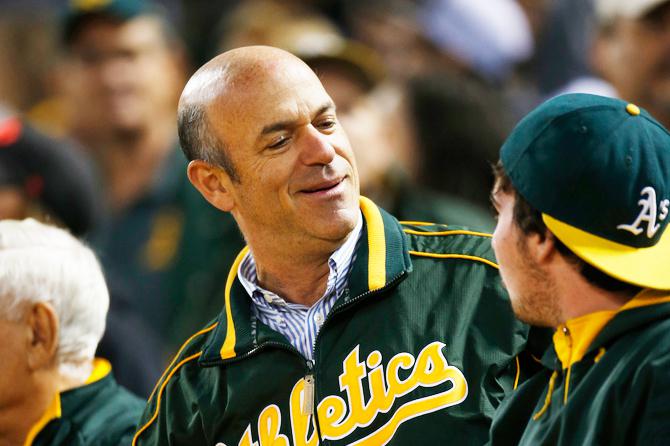 • If Oakland can snag that $352 million in state and federal infrastructure-improvement funds, is the best way to spend that money helping a rich guy build rich-people housing plus a ballpark where the tickets will be too expensive for many of the loyal A’s fans who haven’t yet been driven away by the rich owner’s ownership style?

• Has anyone asked the good people of Oakland if that’s how they want the city to spend this infrastructure gift certificate from the government?

• When are Giants’ fans who believe in cornball stuff like truth and democracy going to let the Giants know how they feel about the majority team owner who breaks his promises, as reported by SFGATE, to stop supporting politicians who support right-wing extremism and the Big Lie?

• Do you know that if you buy a Giants’ ticket, some of your money, funneled through the wallet of Charles Johnson, will directly support the re-election of several U.S. representatives who voted not to ratify the 2020 election? Enjoy the garlic fries!

• Is there a list of the Top 10 Most Likable Pro Sports Team Owners? Yes there is, and here is that list: 1. Marshawn Lynch.

• If major development projects, like the Giants are doing near their ballpark and the A’s hope to do at Howard Terminal, must include affordable housing, why aren’t ballparks that are built with the aid of public funds required to include a certain percentage of affordable seating?

• If those cardboard beds in the athletes’ Olympic Village in Tokyo are designed to discourage athletes from having sex, as some speculated, is this something you might overhear at the Olympic Village? “Doggone, that bed looks way too flimsy. Let’s just play Boggle instead.”

• Do you think Olympic athletes who are adventuresome enough to come to Tokyo without being vaccinated are going to be scared off by cardboard beds?

• The players on the Norwegian women’s beach handball team were fined for refusing to wear bikinis, which raises the question: Is every Olympic sport now played on sand? Aren’t the cyclists’ times going to be really slow?

• Isn’t it silly that someone thinks we viewers need some cheesy lure to get us to watch beach handball?

• Is there an Olympic sport for writers covering the games? Yes! It’s called “closing the bar,” and nobody ever wins because the media bars never close, although in the Tokyo media village, no bars!

• Is it true that the first Olympics basketball competition, in Berlin in 1936, was played on a court made of clay? Yes! And the U.S. won the gold-medal game 19-8. And no, wise guy, I did not cover that game. I was too hung over.

• Didn’t the modern Olympics begin in 1896? If the goal of the Olympics is to unify the world in peace and brotherhood, when does that start kicking in?

• Isn’t it funny that every time an aspiring Olympian gets injured, or a Games is postponed, the narrative is, “What a shame, he/she worked a lifetime for this opportunity”? Because America sent about 100 athletes to Tokyo who were willing to wreck their Olympic dream and that of U.S. teammates by non-vaxxing.

• And while we’re allowing those 100 or so Olympians their personal freedom to infect the rest of us, Sha’Carri Richardson is sitting on a couch somewhere, watching her Olympics?

• Shouldn’t the NFL’s new directive about teams forfeiting if a COVID outbreak limits their roster include this clause: If the outbreak can be traced to a specific non-vaccinated player, that player shall be docked his salary for the entire season?

• We’re not here to criticize the Cleveland baseball team ownership for re-naming its team the Guardians, but don’t those folks know there is a two-syllable limit for sports names? Isn’t that why the 49ers became the Niners and the Warriors became the Dubs? Don’t those Cleveland people realize that fans will come up with a two-syllable nickname to use instead of Guardians, and it probably will be Mall Cops?

• With baseball experimenting with electronic catcher’s signs to pitchers, isn’t it only a matter of time before a catcher dials up a fastball on his wrist device and hears in his earpiece, “We are experiencing a higher-than-normal call volume, but your sign is very important to us …”?

• I enjoy Chronicle wine critic Esther Mobley’s reports on our region’s top wine-tasting experiences, but have you ever been to a bad winery?

Home Videos The WORLD of WINE – Wine News. Cheap wine, tasting notes and cooking with wine The World of Wine – May 2021 … END_OF_DOCUMENT_TOKEN_TO_BE_REPLACED

How to visit Napa Valley on a Budget. In this video Carson and I explain a few ways to enjoy Napa on the cheap. Tip and advice about how to visit Napa … END_OF_DOCUMENT_TOKEN_TO_BE_REPLACED

Home Videos Get To Know Argentina Wine | Wine Folly If you love Malbec, Argentina is your ultimate wine region. But that’s not … END_OF_DOCUMENT_TOKEN_TO_BE_REPLACED