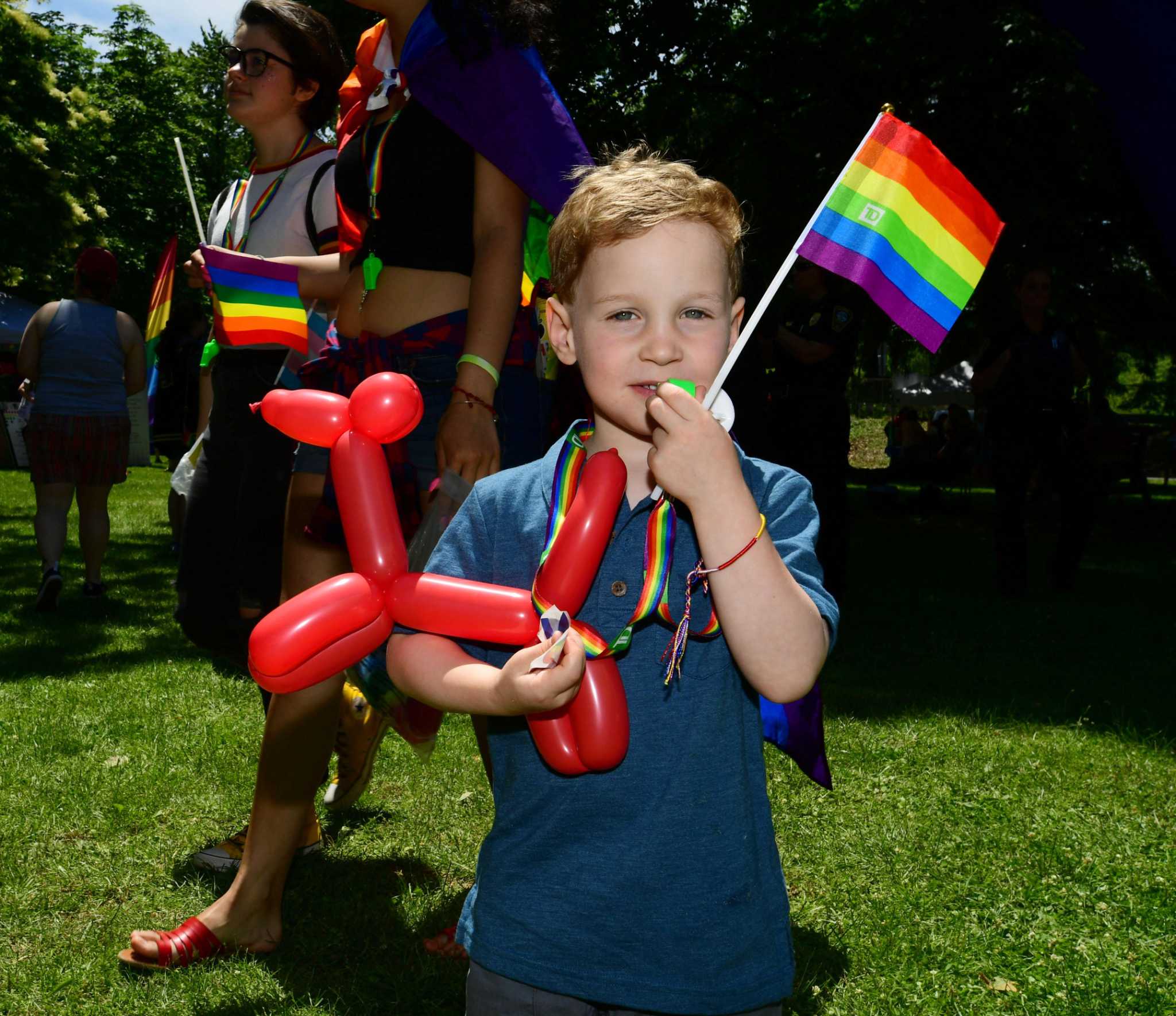 NORWALK — Among various events around Norwalk celebrating June as Pride month, the city is set to unveil a permanent testament to its LGBTQ residents in the form of a rainbow crosswalk.

The crosswalk, to be installed outside Mathews Park on West Avenue, will be unveiled on June 29, city spokesperson Josh Morgan said.

“They are milling and paving that area, so we don’t have to put the color down just to have to tear it up again,” Morgan said. “The work is all weather dependent, so fingers crossed for dry weather.”

The crosswalk was initially approved by the Common Council in September 2019, but installation was postponed due to the outbreak of the coronavirus pandemic. The crosswalk will not be installed with paint, but a different similar material that will be more long-lasting, Morgan said.

The crosswalk is one of four approved for design in 2019, totaling $76,870; however work on the crosswalks themselves cost $37,000. The bid was granted to New Haven-based Laydon Industries LLC.

Additionally, Mayor Harry Rilling declared June Pride month and a rainbow flag will be flown outside City Hall for the whole month.

The Triangle Community Center on West Avenue is hosting a series of Pride events throughout the month as well, in Norwalk and the surrounding municipalities.

While Pride in the Park, an annual festival at Mathews Park, will not take place this year due to COVID-19, other small-scale events will be held, according to the center’s website. The Triangle Community Center did not respond to a request for comment Tuesday.

Outside of Norwalk, three LGBTQ films nights will take place throughout the month at the Bow Tie Cinema in Stamford. Two open mic events will be held on June 30 at the Westport Country Playhouse. A festival of lesbian singers and songwriters will take place June 20 in Danbury.

A donation challenge and wine vacation raffle are held virtually, according to the website.

The Norwalk bar’s fourth annual “Camp PRIDE: Summer of Love” is returning this year on June 12, with tickets sold out within 24 hours, Fitzpatrick said. But another batch of tickets may be available soon.

“We are ecstatic that we can celebrate Pride safely under our disco ball dance floor and in our new outdoor picnic patio with lawn games that some Troupers have already labeled, ‘The Queer Garden,’” he said.

The all-day event will be hosted by drag queens Jasmine Rice LaBeija and Pissi Myles, along with Sienna Rose and Angelina D’Amor, Fitzpatrick said. The event will also include records for sale and a food truck.

“The feeling of being open this Pride month is really indescribable after what LGBTQ business owners experienced last year,” Fitzpatrick said. “We pinch ourselves every day that we are now open seven days a week at 6 p.m. We’d be lying if we didn’t say we took it one week at a time during the pandemic, honestly not knowing what the next week would bring.”

Home Videos The WORLD of WINE – Wine News. Cheap wine, tasting notes and cooking with wine The World of Wine – May 2021 … END_OF_DOCUMENT_TOKEN_TO_BE_REPLACED

How to visit Napa Valley on a Budget. In this video Carson and I explain a few ways to enjoy Napa on the cheap. Tip and advice about how to visit Napa … END_OF_DOCUMENT_TOKEN_TO_BE_REPLACED

Home Videos Get To Know Argentina Wine | Wine Folly If you love Malbec, Argentina is your ultimate wine region. But that’s not … END_OF_DOCUMENT_TOKEN_TO_BE_REPLACED