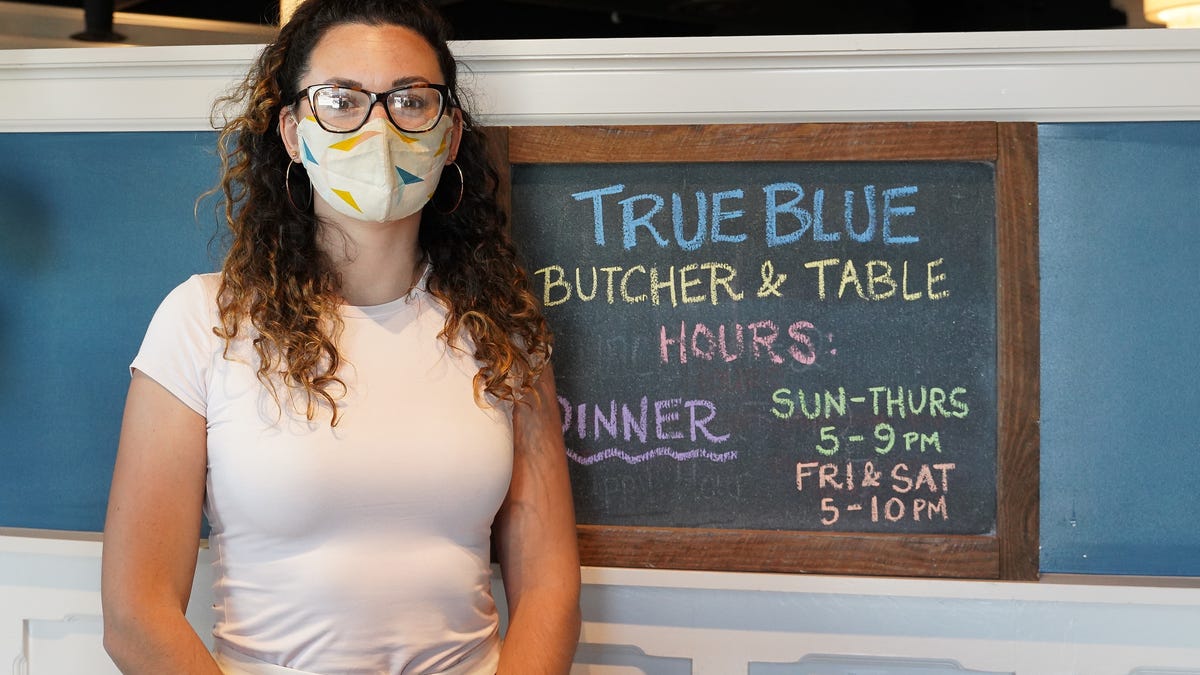 As more people in the Wilmington area get vaccinated, many local restaurants say they are seeing an uptick in business.

A recent warm day at Rusty Hooks Dockside Grill in Southport was like a busy summer day, said owner Cindy Capps. In Wilmington, restaurants from PinPoint to Soif de Vin note that customers say they are beginning to feel more comfortable being out and about.

But chefs and restaurateurs also say that doesn’t negate what many call the most challenging year they’ve experienced in the industry.  Busier days, optimism, and relief in the form of the targeted help in the American Rescue Plan are coming — but aren’t necessarily here yet.

Hiring, and continued ‘buy in’ from customers are two examples of challenges the industry continues to face.

In mid-March, Robin Hill, an owner at Panacea Brewing Co. in Wilmington said the hiring needs at the restaurant and kombucha brewery were critical.

“The customers are coming back in force, unfortunately new applicants are not,” she said. “This creates a bottleneck as restaurants cannot provide the best service when key cogs are missing from the machine.”

Other restaurants in New Hanover, Brunswick and Pender counties are posting a slew of open positions on hiring sites and social media. Others have announced that they are temporarily closing certain days of the week or shortening service hours to better accommodate the existing staff.

“Prior to COVID, we typically had at least 3-4 applicants more than we needed for each open position,” Hill said. That isn’t the case now.”

Bobby Zimmerman, owner of True Blue Butcher and Table and the upcoming Mariposa tapas bar in Wilmington, said he has used industry connections in Charlotte and New York to look for employees.

“I’m willing to pay someone to move here,” he said.

“We thought it would be a good chance to get face-to-face with people, and talk about our philosophy,” he said.

On social: The latest in Wilmington food is on your plate when you like us on Facebook

Restaurants have made it through disruptions in the supply chain, increased costs and say they will continue to make it work.

“We grew our business out of a VW bus at a farmers’ market,” Hill said. “If anyone can get creative and solve problems, it’s us.”

Billy Mellon, owner of manna in downtown Wilmington, helped advocate locally for the relief package spearheaded by the Independent Restaurant Coalition. He said he’s been busier than ever this past year, which is always good even if the returns are lower.

“It’s all extra time and hustle,” Mellon said. “But less to show financially for the effort.”

Some of the initiatives he’s created in recent months will continue due to the support they’ve received. One example is a curated virtual wine tasting, where Mellon asks leaders in the food and beverage industry from all over the county to participate.

Zimmerman, too, said he’s impressed with the ingenuity and innovation that many in hospitality have shown.

During the early days of the pandemic, he focused on the butcher shop at his business, and when that was a success, he added DIY kits that allowed customers to better recreate the True Blue experience at home. He’s also been working with other local businesses, like Casa Blanca coffee shop and Mon Ame Chocolate & Wine Bar on market collaborations.

It’s something he plans to continue, and thinks it’s a trend that could gain popularity.

Another struggle, Zimmerman said, is the need for continued buy in from supportive customers. As an example, he said those in restaurants found themselves as a place of debate for those who did (and didn’t) agree with masks and social distancing requirements, for example.

Hill said that she’s asking for continued patience and understanding for those in the business.

“Many restaurants have not recovered from losses sustained during 2020 and cannot continue to operate at a loss indefinitely,” Hill said

Hill, Zimmerman and others are trying to lay the groundwork now for a potentially busy summer.

“I see it coming,” Zimmerman said. “What that looks like, and when will that happen, who knows.”

Home Videos The WORLD of WINE – Wine News. Cheap wine, tasting notes and cooking with wine The World of Wine – May 2021 … END_OF_DOCUMENT_TOKEN_TO_BE_REPLACED

How to visit Napa Valley on a Budget. In this video Carson and I explain a few ways to enjoy Napa on the cheap. Tip and advice about how to visit Napa … END_OF_DOCUMENT_TOKEN_TO_BE_REPLACED

Home Videos Get To Know Argentina Wine | Wine Folly If you love Malbec, Argentina is your ultimate wine region. But that’s not … END_OF_DOCUMENT_TOKEN_TO_BE_REPLACED