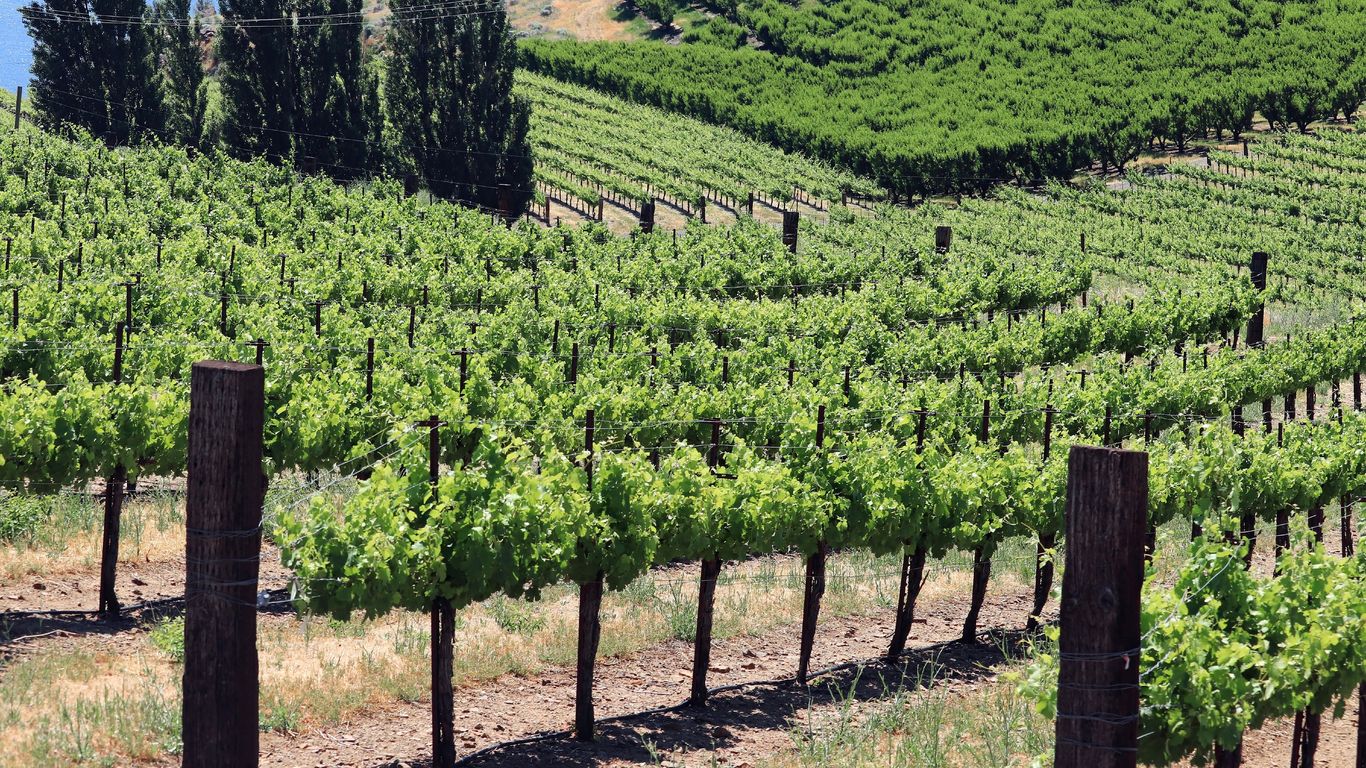 The heat wave that ravaged the Pacific Northwest signaled trouble for winemakers in Oregon and Washington, who fear the high temperatures could return and spur dangerous wildfires, AP reports.

Driving the news: The grapes suffered little, if any, damage in June, when temperatures hit 120 degrees Fahrenheit. “Earlier or later in the growing season, it could have been disastrous,” AP writes. Wineries in the Pacific Northwest intend to shield their crops from being toasted.

The big picture: A recent heat wave in Oregon and Washington killed almost 2oo people, the New York Times notes. Field workers in particular are at risk when faced with the high temperatures.

The state of Oregon on Thursday adopted an emergency rule that strengthens requirements for employers to ensure that workers can persist in extreme heat, including expanding shaded areas and increasing access to water, per AP.

The vegan revolution marches on — one step forward and two steps back, as Lenin would say.Celebrity chef Spike Mendelsohn is opening PLNT Burger in … END_OF_DOCUMENT_TOKEN_TO_BE_REPLACED

New ex-cellar stocks of Château Latour 2005 have joined the wave of September fine wine releases via the Place de Bordeaux. Latour 2005 is regarded as … END_OF_DOCUMENT_TOKEN_TO_BE_REPLACED

New aperitif for Indian food​ An aperitif made specifically to complement Indian cuisine has been created for the restaurant sector. Designed by … END_OF_DOCUMENT_TOKEN_TO_BE_REPLACED