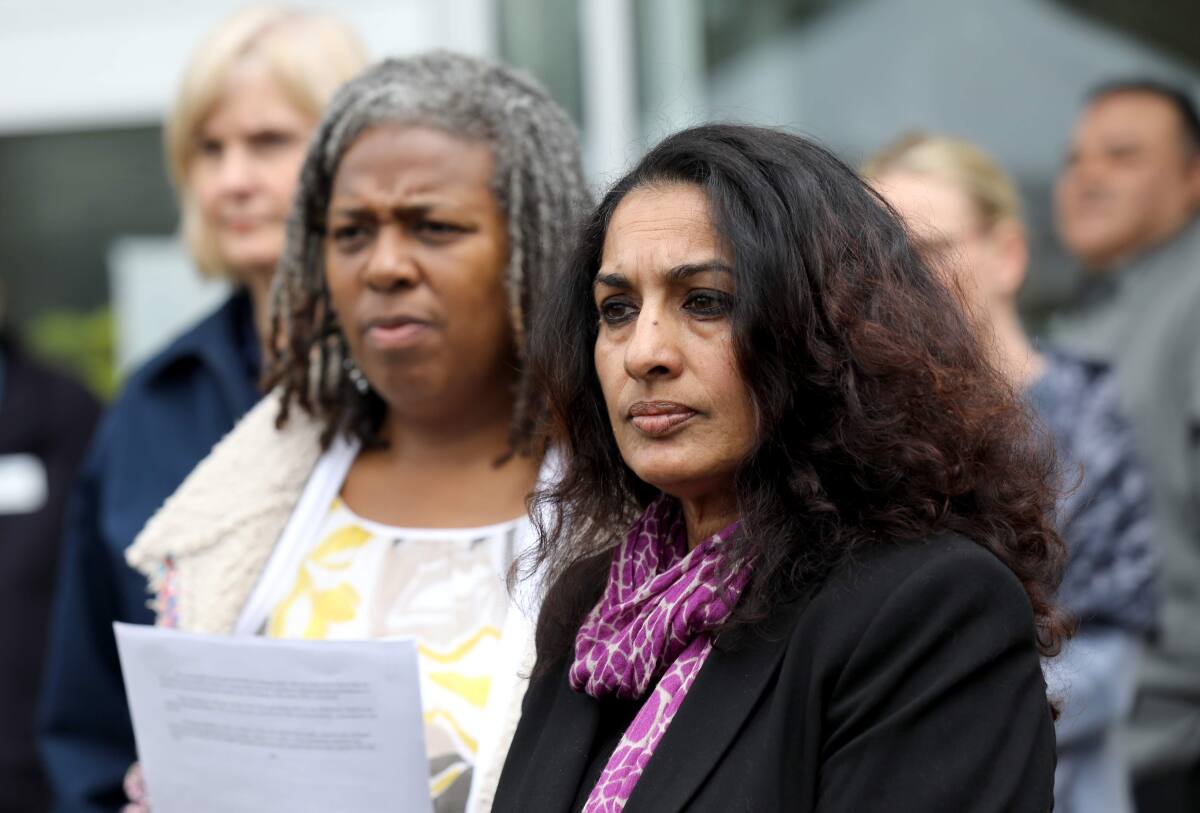 Uncertainty and strife over the duration of government restrictions has been a persistent feature and source of frustration throughout the coronavirus pandemic, as medical experts and officials wrestled with the unknowns of a new disease.

Inconsistent messaging by some leaders and policymakers and uneven public adherence to limits meant to keep people safe made predicting the course of the pandemic only more difficult.

But the two women at the head of Sonoma County’s response to the crisis say the sometimes painful measures imposed to reduce transmission of the virus did what they were intended to do.

She and Dr. Sundari Mase, the county’s health officer, nonetheless acknowledged heartbreaking side effects for people, including those who lost jobs and income and those who suffered from isolation as a result of restrictions.

There was also profound anger to confront — the seeds of resentment sown at the beginning, when “essential” was used to define those activities that would be allowed during the initial shutdown, a term deemed subjective and open to debate by some who had different ideas.

The use of face masks and other social distancing measures would soon become polarizing issues in a politically divided country facing the most disruptive presidential election in history.

Mase and Robinson said they felt the tremendous weight of decisions they knew would have profound effects on people’s health and lasting impacts on their lives.

Both spent nights lying awake worrying, wondering how best to tackle the roller-coaster curves of COVID-19 case rates. Each loosening of restrictions or seasonal celebration was followed by a spike in the caseload that never quite settled back to where it had been on its way to what’s now more than 28,280 infections in the county, or more than 1 in 20 people. Just over 300 people have died of the disease in the county.

The two women said they leaned heavily on one another and their committed staff through 16-hour workdays and seven-day weeks. There was often second-guessing, Mase said.

“I know that I don’t think we could have done it any differently,” she said.

When initially imposed last March, Sonoma County’s stay-home order was put into effect for three weeks, then extended for another month and eventually modified to align with statewide restrictions until the state took control of county reopenings altogether.

Mase, an infectious disease specialist who had worked for both the World Health Organization and Centers for Disease Control and Prevention, said she and everyone else in the field knew that controlling the virus would take many months, at least, given the ease with which it spreads person to person.

She was relieved and surprised by just how effective strict shelter-in-place efforts were in slowing transmission in the early months, preventing hospitals from becoming overwhelmed by critically ill patients as county health partners ramped up capacity for treating COVID-19.

But a long summer lay ahead in which infection rates soared with the temperatures, rising as newfound freedom to gather and conduct business allowed the virus to spread.

A particular challenge arose inside many of the county’s 20 skilled nursing facilities, where the frailest and most vulnerable among us reside and depend on close-contact care from providers who often work multiple jobs, making for rapid transmission inside any site where the virus was introduced. In an outbreak at one Santa Rosa site, St. Francis Assisted Living, the virus infected every staff member and all 20 residents, including three who died.

Combined cases among residents and staff at about 200 skilled nursing and other long-term care facilities in the county eventually would surpass 2,000 cases and 168 deaths — more than half of the county’s fatalities — before stricter adherence to protocols began to get transmission under control.

There also was shared frustration over decisions taken out of the hands of local officials by the state, which has frequently — and sometimes unexpectedly — stepped in to override county policy, contributing to confusion with drastically changing frameworks and rules.

In late August, the state launched its Blueprint for a Safer Economy, which established four color-coded tiers for California’s 58 counties defined by new COVID-19 case and transmission rates. The degree of business activity allowed in a county depended on the extent to which these metrics indicated the virus was still circulating in the population.

Though slight changes have been made to the formula since then, and exploding post-Thanksgiving rates plunged California back into a near statewide shutdown in December, little has changed in Sonoma County, which has remained locked in the most restrictive, purple tier and is just now on the verge of more leniency.

Indoor businesses including bars and theaters remain closed, with restaurant service, wine tasting and gyms limited to outdoor access, while substantial limits remain in place on a host of other business operations and activities — everything from retail stores to worship services, nail salons to swimming pools.

Robinson and Mase, both of whom have high school-aged children, said they understand the strain the pandemic has put on people. Their own friends and families have been affected by the confinement and constraints made necessary by the pandemic. They have not always had an easy time of it.

“We signed up for these jobs,” Robinson said. “We’re also human, and the impacts — emotional, physical and mental that others are experiencing — we also experience them.”

The work, she said, comes with “tremendous pressure, and we’re still here. In many counties, health directors, health officers, are no longer there, and we’ve stood shoulder to shoulder. I know Dr. Mase is a tremendous support to me.”

You can reach Staff Writer Mary Callahan at 707-521-5249 or mary.callahan@pressdemocrat.com. On Twitter @MaryCallahanB.

Home Videos The WORLD of WINE – Wine News. Cheap wine, tasting notes and cooking with wine The World of Wine – May 2021 … END_OF_DOCUMENT_TOKEN_TO_BE_REPLACED

How to visit Napa Valley on a Budget. In this video Carson and I explain a few ways to enjoy Napa on the cheap. Tip and advice about how to visit Napa … END_OF_DOCUMENT_TOKEN_TO_BE_REPLACED

Home Videos Get To Know Argentina Wine | Wine Folly If you love Malbec, Argentina is your ultimate wine region. But that’s not … END_OF_DOCUMENT_TOKEN_TO_BE_REPLACED