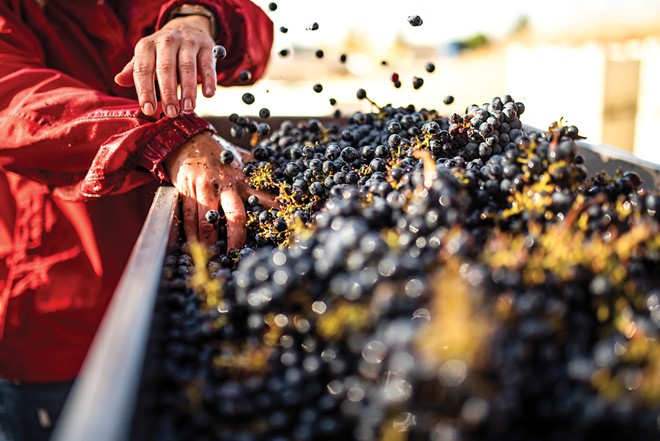 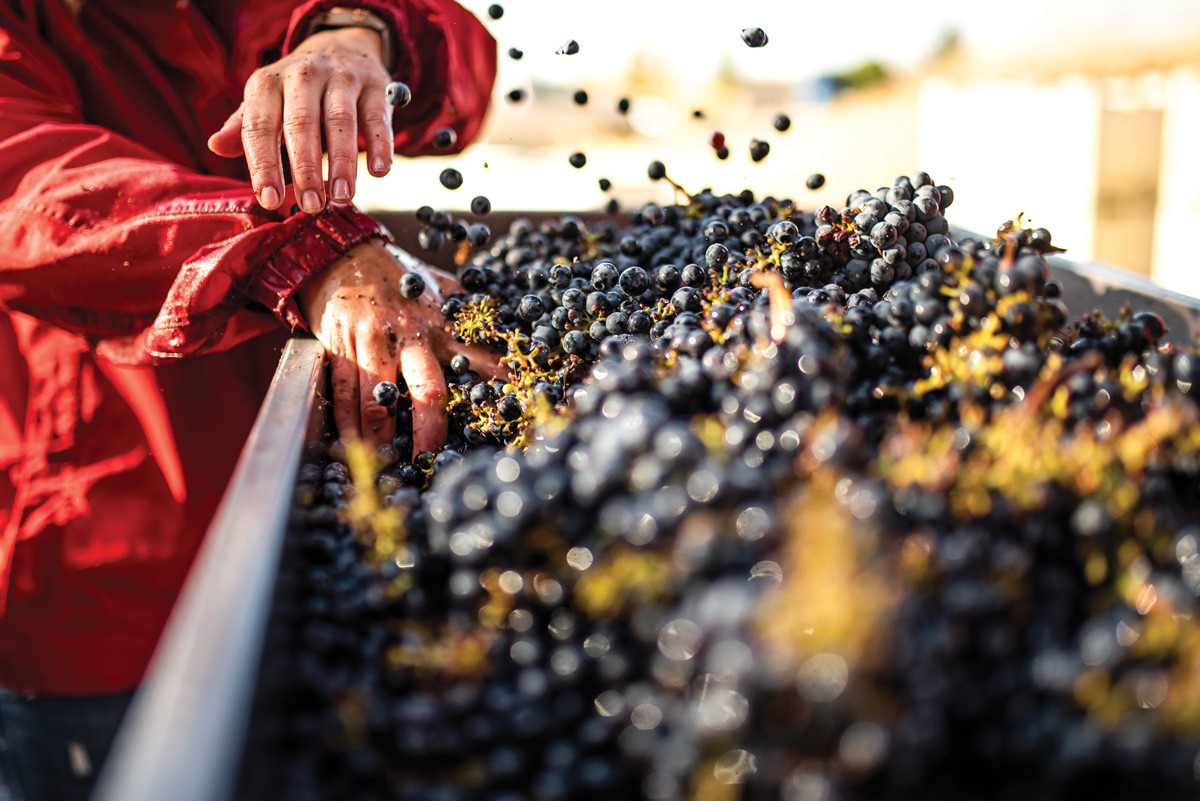 atrick Merry says his fascination with all things wine started long before he was ever able to taste any himself.

“I was born and raised in Montana, but as kids, my parents used to take us on vacations to California wine country,” he says. “I fell in love with the terrain, the diversity of the landscape, and even the smell of the wineries and cellars we’d visit there.”

Today he’s a full-time winemaker, and one of three eponymous co-owners of Pullman-based Merry Cellars winery.

Merry earned his bachelor’s degree in computer science from Rocky Mountain College and went on to earn a master’s in business administration from Gonzaga University in 2002. He then moved to Pullman and was in the midst of pursuing a Ph.D. in computer science at the University of Idaho, when his love of wine caught up with him.

“I started hobby wine-making in my basement using fruit from Stillwater Creek Vineyard out of Royal City,” he says. “But by spring 2004 I managed to convince my parents, Dan and Connie, to help me start a micro-winery in downtown Pullman.”

The winery started production in the basement of Pullman’s Old Post Office building at 245 S.E. Paradise St., creating an initial 450 cases of wine. “Those first cases then had to rest for about 18 months,” he says. “So for 2005, we tripled production, opened a downtown tasting room, and focused on branding and selling product to produce some cash flow.”

By 2008, the winery was producing 2,000 cases annually, and Merry decided to abandon his doctoral studies to focus full time on winemaking.

In 2009, Merry Cellars moved to a 7,000-square-foot, leased space in the Port of Whitman County Industrial Park. While the majority of the space is used for production, as well as barrel and case storage, the building also includes a tasting room and adjacent outdoor patio space.

“Our original vision was mostly for a production facility, but eventually we decided to close the downtown tasting room and move everything out here,” he says.

Merry says the types of wine Merry Cellars creates have traditionally been a combination of whatever he’s most interested in making and the geographical location that’s best able to produce a fruit to match.

“I’ve worked with other fruit growers in the past, but as of 2014, we get all of our grapes through Stillwater Creek Vineyard in the Royal Slope area,” he says. “We work with about 18 different varietals and produce both red and white varieties. However, I’d say the majority of our products — probably 80 percent — are red wines.”

Stillwater Creek’s vineyards are at a higher elevation and therefore it’s a cooler growing site, so its fruits have more acidity, lending Merry Cellars’ wines a bright, lively taste.

When it comes to the winemaking process, Merry says the winery strives to be as gentle and minimal as possible. “There are many tricks or things you can do to alter or enhance the product,” he says. “But we’re old-fashioned — handpicking and sorting fruit, gently pressing the grapes, separating the juice, and adding the minimum extras needed to keep our yeast happy,” he notes. “Some wines will have an earthy, leathery taste, or a sweet, jammy-ness,” he says. “Our taste is a bit leaner with more of a focus on the tannins, but we also try to keep it delicate on the palate.”

“We don’t like to brag, but when we do tout our own stuff, we usually talk about it being well-produced and thoughtfully crafted,” he says. “If you were to ask our customers, they might say the difference is our personality, flavor and the feeling you get from visiting.”

“The rosé is a summertime favorite, while the cabernet franc has a kind of peppery spice, as well as cherry and raspberry flavors, that add to its popularity,” Patrick Merry says. He recommends pairing high-fat meats and cheeses with their crisp white wines. “With that combination, I find the acidity of the wine is able to cleanse the palate nicely.”

Merry says he continues to be humbled by the support the winery gets from the surrounding community. “We focus a lot on direct to customer and retail sales, and through that we’ve developed many loyal relationships,” he says, adding that the majority of Merry Cellars wine is sold through its tasting room and walk-in storefront. The tasting room also offers customers the option of purchasing a one- or two-liter refillable growler as well as bottles or kegs of wine. The winery first started offering the option of keg or draft wine in 2009, and it’s become a big hit with customers.

“We weren’t the first place to run with the idea, but it has been good for business and good for the environment,” Merry says. “We estimate it’s saved us 120,000 pounds of packaging material since we started.”

While 2020 was a difficult year for many wineries due to the coronavirus, Merry Cellars enjoyed good support from the community and it’s customers. “We did have some challenges that forced us to rethink how we do things,” he says. “But some of the changes we made, such as extended wine club releases and tasting room specials, are things we plan to continue because they worked so well.”

Looking ahead, Merry says there are plans to build a new, state-of-the-art facility that would enable the company to triple its production to 15,000 cases of wine annually. “We’ve purchased some land adjacent to our current location, but as of now the details are still up in the air,” Merry says. “However, I can say we hope to be making wine at a new, larger facility there by fall of 2023.”

Home Videos The WORLD of WINE – Wine News. Cheap wine, tasting notes and cooking with wine The World of Wine – May 2021 … END_OF_DOCUMENT_TOKEN_TO_BE_REPLACED

How to visit Napa Valley on a Budget. In this video Carson and I explain a few ways to enjoy Napa on the cheap. Tip and advice about how to visit Napa … END_OF_DOCUMENT_TOKEN_TO_BE_REPLACED

Home Videos Get To Know Argentina Wine | Wine Folly If you love Malbec, Argentina is your ultimate wine region. But that’s not … END_OF_DOCUMENT_TOKEN_TO_BE_REPLACED