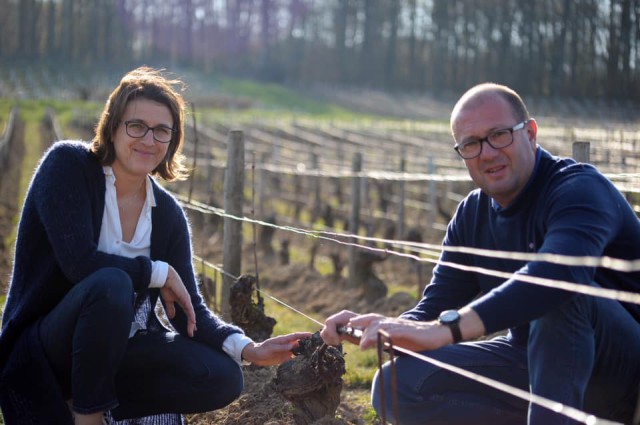 Hallgarten & Novum Wines has expanded its French portfolio with 29 new wines from 12 producers from across eight wine-producing regions.

The new additions have been brought into the Hallgarten portfolio to showcase the best of the country’s iconic sub-regions, including Cevennes, Savoy and Buzet.

Hallgarten French wine buyer, Beverly Tabbron MW, said: “Last year we set out to find some of the best quality producers from across France that not only epitomise the region the region they are making wine, but also encapsulate the essence of their sub-region. Whilst it has not been easy scouring the country in 2020, we believe we have found a group of producers, all with a focus on sustainability, that are making wines perfectly suited to the palates of the UK consumer, and will fit comfortably onto wine lists and in wine retail across the UK.”

In addition to the eight new producers, Hallgarten is also introducing a selection of wines from some its long-standing partners in France, including Gérard Bertrand’s ‘Orange Gold’, the biodynamic pioneer’s first ever orange wine, made from a blend of seven different varieties; a sulphite-free Grenache from Château De Campuget’s ‘1753’range; an Aligoté from Côte Chalonnaise’s Gouffier.

This 15-hectare estate is the passion of Guilhem Viau, who produces multi award-winning wines from vineyards situated at 658 metres’ altitude on the first spurs of the Cevennes and Massif Central hills. The Dame Jeanne range is named after his ancestor whom Guilhem describes as ‘an elegant, beautiful, very vivacious lady; a shepherdess on the high plains of the Bergerie du Capucin’. The vineyards are cultivated sustainably respecting the environment of this rugged landscape and allowing for the full expression of the garrigue and wild herbs that characterise this countryside.

Located in the Cevennes region and benefits from excellent exposure to the Mediterranean sun combined with the freshness of the Cevennes Mountains. In 1959, Maurice’s father, a ‘pepinierist’ by trade (a nurseryman specialising in vine rootstock and clones) bought Domaine de Gournier.

He pioneered planting noble varieties in a region where at the time hybrids were the norm, with the aim of producing quality wines. At the beginning of the 1980s, Maurice took over, producing wines under the Domaine name. Today, Maurice Barouin and David Helou take care of 180 hectares of vines located in 14 different villages, 50 hectares of which are already organic.

A 155-hectare estate, located in the centre of a triangle formed by three villages -Capestang, Maureilhan and Puisserguier – not far from Béziers in the Languedoc. The beautiful château dates back to the15th century and acquired its name from its 17th century owner Jean Provenquier. The estate was acquired by the Robert family in 1954 and it is now in the hands of the third generation who combine cutting-edge technology with careful vineyard management to create a wide selection of wines from their estate vineyards. The estate is certified as HVE3, demonstrating its commitment to the environment, biodiversity and sustainable viticulture.

Since his childhood, Olivier Coste’s favourite place to play was in the vineyards and the wine cellar at his family’s wine estate, which was founded in 1701 in Pézenas. With this upbringing, he developed a passion for nature, the Languedoc region and southern French wines. Brother and sister Olivier and Jeanne Coste took over Château des Adouzes in 2018. The estate is located in the medieval village of Roquessels in the heart of the Faugères appellation. Château des Adouzes is certified HVE3 which complements their existing ‘Carbon Neutral’ approach by reducing their CO2 emissions to a minimum and offsetting the rest by financing ecological initiatives, including projects in India. Olivier’s Original Stars range has been created for those who appreciate a modern, fresh and fruity varietal wine and is complemented by quirky packaging.

The Domain is located five kilometres south of Sancerre in Thauvenay and was created by Serge Laloue in the sixties. Christine and her brother Franck have continued their father’s work since the 1990s and Clément, Franck’s son, recently joined the Domain following his viticulture studies. The estate revolves around an environmentally responsible approach with meticulous work in the vineyards to respect the natural balance of the vines and obtain the highest quality grapes. In 2019, the domain started the conversion to organic farming, a natural progression as their farming methods were already very close to organic. The first certified organic vintage will be 2023. The domain is HVE certified, a complementary certification recognising environmental biodiversity and natural resource management.

Owners Diane and Benjamin began bottling their own wines in 2015, from vineyards that have been in the family for generations. Their 10-hectares of vines flourish on south facing slopes in Combe de Savoie, on the foothills of the Massif des Bauges. The estate is located on glacial moraines dating back 15,000 years, originating from the time when the valley was one large glacier. The vineyard is managed with great respect for tradition and terroir, using sustainable practices in order to gain the best and most authentic expression of the Savoie. The combination of rich soils and favourable climate, provide Domaine de Vendange with excellent conditions for their vine nursery. The production process has been mastered throughout the generations, and they sell a vast range of scions and rootstocks throughout France.

This 160-hectare estate dates back to 1927 when the Gessler family settled in Gascony and is now in the hands of the fourth generation of owner-winemakers. While the name ‘Joÿ’ brings to mind the apt modern English word meaning delight, the name of the estate actually dates back to the days of the French Revolution and is likely to be linked to the period of English rule over the nearby Aquitaine region in 14th century. The domain is certified HVE3 illustrating the family’s commitment to preserve the beauty and diversity of their surroundings. They produce stunning wines which truly reflect this wonderful terroir.

Founded in 1953, Les Vignerons de Buzet comprises 160 wine growers and is one of the few French cooperatives who control all stages of production: from the vineyards through to the bottled wines, accounting for 95% of the vineyards planted in the region. Since 2005, they have been committed to ecological and corporate social responsibility, a philosophy which extends to all their growers with an emphasis on sustainability with a positive environmental, economic and social perspective in all aspects of production. 95% of the vineyards are certified as Haute Valeur Environmentale and are either organic or in organic conversion

Home Videos The WORLD of WINE – Wine News. Cheap wine, tasting notes and cooking with wine The World of Wine – May 2021 … END_OF_DOCUMENT_TOKEN_TO_BE_REPLACED

How to visit Napa Valley on a Budget. In this video Carson and I explain a few ways to enjoy Napa on the cheap. Tip and advice about how to visit Napa … END_OF_DOCUMENT_TOKEN_TO_BE_REPLACED

Home Videos Get To Know Argentina Wine | Wine Folly If you love Malbec, Argentina is your ultimate wine region. But that’s not … END_OF_DOCUMENT_TOKEN_TO_BE_REPLACED