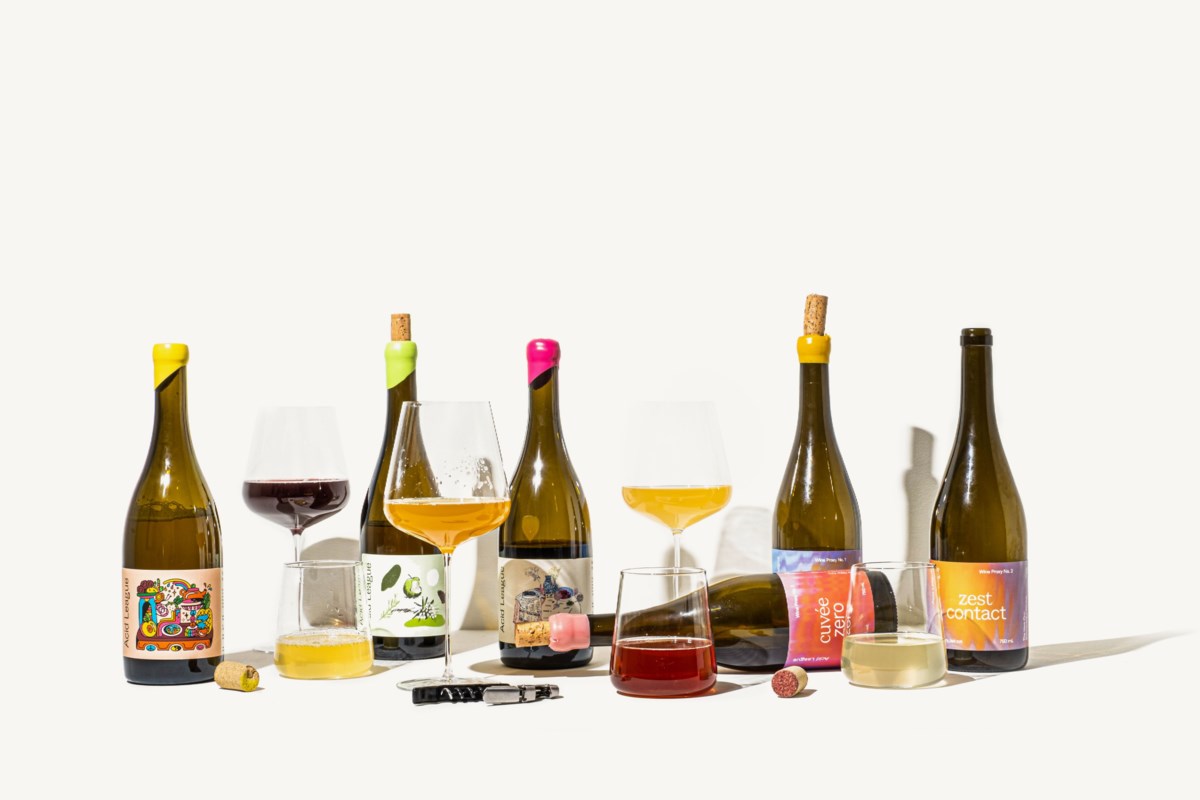 The team at Acid League, including two U of G grads, previously had big success with a line of vinegars

From a culinary standpoint, food scientists that met as students at the University of Guelph will tell you, the wine experience is better if you scrap the alcohol.

This idea helped the team create Acid League and launch a range of wine proxies with limitless possibilities of flavours while still retaining wine’s unique texture, acidity and what they believe to be the true essence of wine experience: food pairing.

Now the wine is being shipped across Canada and the US, tapping into the market of the health conscious, the non-drinkers, pregnant women and mostly, those looking for new culinary experiences.

“Food is not just about pairing flavour with wine, which is super important, but it’s actually about that texture really holding up,” said Guelph resident Allan Mai, co-founder of Acid League and U of G culinary graduate.

“We’re not just limited to grapes anymore. We can do all these different flavour profiles to pair with food a lot more accurately but even explore in a very experimental way,” said Mai.

Acid League was launched in Guelph less than two years ago by Mai, fellow U of G culinary graduate Cole Pearsall, and Scott Friedmann, an American food innovator.

What began as unearthing new methods to create vinegar in Pearsall’s basement and a U of G lab led the team of three to create a successful line of vinegars that are available across Longo’s and in Whole Foods in Canada and the US just 10 months in.

Their vinegar line began with extensive research on the process of making vinegar. As food scientists, they knew, if they wanted to use their recipes of vinegar, they would have to make it themselves rather than go to food manufacturers

“We chose a way no one can make it. We forced ourselves to make our own food,” said Mai.

Their next discovery, wine proxies, is something they stumbled upon while researching energy drinks.

Mai said the team always loved pairing wine with dinner but hated passing out on the couch after.

“We are more interested in the culinary experience,” said Mai. “We create a lot of products for us, it’s what excites us.”

In creating a non-alcoholic beverage for themselves, they began experimenting with a natural-tasting energy drink like an ancient Roman Gatorade which used vinegar, honey and herbs.

“Ultimately we’re like we’re already making vinegar, let’s just see if we can make this delicious with vinegar,” said Mai.

“What we realized is that there are some things about not using alcohol that actually open up proxies to actually performing better in the context of the culinary world.”

The team challenged itself to push the boundaries on flavours found in traditional wine by getting creative and scrapped the idea of the energy drink. Now it was mimicking wine without alcohol using their own lines of vinegar.

“If you look at the flavour profiles of our proxies, — really with anything we do — we’re always pushing the boundaries a little bit,”said Mai. “If it’s done by someone else, there’s no point in us doing it if they’ve done an incredible job.”

He said the team found that a lot of high-end restaurants were beginning to pair tasting menus with non-alcoholic beverages such as  juices and teas.

“That really interested us and when we looked at the non-alcoholic space, what we realized was there was a new non-alcoholic gin company popping every week,” said Mai.

They then brought another team member, Devin Campbell who travelled the world making wine and could show them how and why wine actually works with different food.

“It actually has to do as much with the texture as it does with the flavour,” said Mai.

“It’s the reason why you can’t really pair food with gin or mixed drinks.”

Mai gave the example of spicy food and alcohol. “Spicy and alcohol don’t really pair well together,” he said adding that it limits the experience of pairing for the entire Indian cuisine for example.

“There’s the classic pairing of Gewürztraminer and Thai Food and a lot of wine makers hate that because it throws the spice out of balance,” said Mai stressing that all these foods can be paired better with wine proxies which retain the unique structural components of wine by adding new structures like tea.

The inspiration of their wine Terre Sauvage was the Candian landscape and includes unique flavours such as spruce tips, caraway, cedar, juniper and Labrador tea.

“These are flavours that can never be found in wine and yet the actual proxy itself is all in the texture component of wine that make it excellent to pair with food.”

The team launches three new flavours online every month and has plans to launch it in retail. It’s also currently available in a few key stores in Toronto.

Mai describes wine without alcohol as a beverage with endless possibilities with structural, flavour culinary elements.

And yes, while alcohol does have its own structural component, Mai said the experience comes down to pairing, something beyond alcohol as an ingredient.

Home Videos The WORLD of WINE – Wine News. Cheap wine, tasting notes and cooking with wine The World of Wine – May 2021 … END_OF_DOCUMENT_TOKEN_TO_BE_REPLACED

How to visit Napa Valley on a Budget. In this video Carson and I explain a few ways to enjoy Napa on the cheap. Tip and advice about how to visit Napa … END_OF_DOCUMENT_TOKEN_TO_BE_REPLACED

Home Videos Get To Know Argentina Wine | Wine Folly If you love Malbec, Argentina is your ultimate wine region. But that’s not … END_OF_DOCUMENT_TOKEN_TO_BE_REPLACED