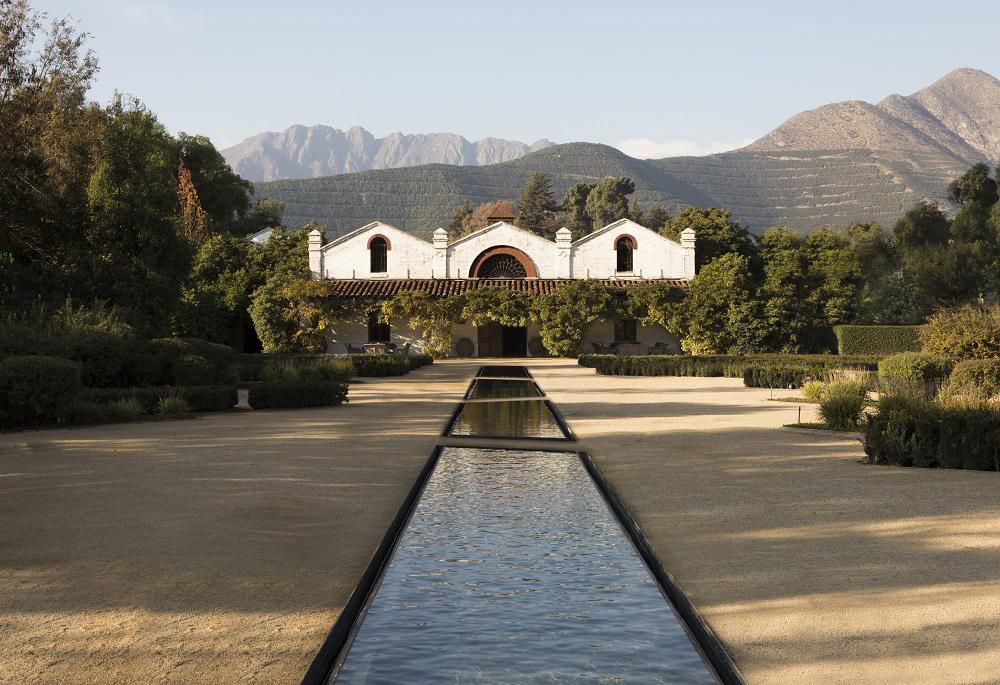 By most estimates, Chile is the world’s seventh largest wine producing nation, and has numerous vineyard regions with greatly varied characteristics producing many different grape varietals. But many American consumers view “Chilean wines” as just a single product, one best known for offering a good, lower priced value proposition.

It’s true that Chile offers some excellent options for the most budget conscious consumers, but it is also true that if produces standout world-class wines, the kind of celebratory bottles you might only associate with Napa, France or Italy. But even these maintain Chile’s trademark value properties, while delivering excellence suitable for any big night out.

Since the global coronavirus pandemic began, I have been eating at home nightly and in doing so, using the opportunity to greatly expand my wine horizons, trying different regions and varietals. Even though I’ve been stuck at home, the advent of the COVID-inspired virtual guided tastings across the adult beverage industry has actually opened up more educational options than before, when I would get on a plane in many cases to go taste some of these wines.

One of the most satisfying such experiences of the last year in wine was a tasting of the labels made by Chile’s most vaunted producer, Vina Errazuriz. Celebrating its 150th birthday, the winery is just two year younger than the oldest producer in the Napa Valley. In 2017, the estate received a special award from legendary critic Robert Parker for Best Chilean Winery, Wine Advocate Extraordinary Winery Award.

Don Maximiano Errázuriz founded the winery, and his personal slogan was “From the best land, the best wines.” This is not a new or novel concept, as top winemakers have always taken advantage of the best terroir, and in this case, while many of the large production Chilean wineries are clustered around coastal Santiago, Don Maximiano went for higher altitudes in the Aconcagua Valley. This area has traditionally enjoyed a near perfect grape growing climate, with a long dry season featuring warm summer days cooled off at night by breezes rolling in from the Pacific. The Andes are the world’s second highest mountain range after the Himalayas, and the peak for which the valley is named, Aconcagua, is the highest in the Western Hemisphere. As a result, the mountains get a lot of snow – I’ve been skiing in the region and it is awesome – and this means lots of water for irrigation even in the dry season. In addition, the soil is well suited for vineyards with lots of well-draining sand and coarse alluvial soil. It is here, in the most perfect spots of all, that the oldest vineyard blocks are planted, and the very best, Max I, Max II and Max V, provide the grapes for the brand’s flagship wine, Don Maximiano Founder’s Reserve.

Best described as a “Super Chilean,” this is a big, primarily cabernet sauvignon red wine, the kind worth ordering at fancy steakhouse. It has repeatedly won first place in the nation’s biggest competition, the annual Wines of Chile Awards, and in 2010, they opened a brand-new state of the art winery specifically to produce this and the brand’s other higher-end wines. If you get a chance post-pandemic, the Don Maximiano Icon Winery is worth visiting, stunning, more like an art museum than production facility, and very green, powered by solar and geothermal energy. For decades the wine was 100% cab, but about 15 years ago they started to make a blend. The most recent vintage I sampled, 2017, was 67% cabernet, 12% malbec, 8% carmenere, 7% petit verdot and 6% cabernet franc, with a 14% alcohol content. It remains a big, steak-worthy red, but with more sophistication, along the lines of a top Bordeaux, and spent 22 months in French oak. It is typically hard to balance this level of full-bodied ripe fruitiness with elegance, but this wine pulls it off and is one of those rare collectible-worthy bottles that can be enjoyed right now or laid down for years and will only get better. The 2017 Don Maximiano is the current vintage available to purchase now, but keep an eye out down the road as 2018 was widely considered Chile’s best vintage in recent memory – if not all time.

Selling online for around $90, and at some places under $80 (SRP $120), this is not a cheap wine, but it compares favorably with considerably more expensive California and French bottles, and garnered 96 points from both Decanter Magazine and James Suckling. Many Suckling 96-pount California cabs, for instance, cost two to three times as much. But Errazuriz also makes much more affordable labels worth seeking out – you really cannot go wrong with this producer.

The winery’s least expensive label is MAX, but again, while good values, these are not the ultra-cheap Chilean bottles some consumers think of in the sub ten-to-twelve-dollar range. The MSRP for MAX is $20, but most of the wines are fairly widely available for around $15, and in this case, just a few extra dollars gets you a whole lot more. I tried the MAX reserve cabernet sauvignon and chardonnay, and both were very good, truly standouts for this price. I’m not the only one who thinks so either, as the 2018 Cab got consistent 90+ scores from the top critics, including James Sucking (92) and Robert Parker’s Wine Advocate (90) – just like the 2017, 2016 and 2015 vintages before them, all of which racked up 92 or higher scores. The MAX carmenere, a varietal Chile is famous for, did even better, with several 93s. In fact, every bottle in the MAX lineup, including Pinot Noir, Syrah and Sauvignon Blanc, got over 90.

One notch above MAX is the Aconcagua Costa range, which I have not tried, but the around $25 labels grabbed mostly 93s and 94s, scores associated with often much pricier wines. These are not widely distributed in the US, and Errazuriz importer Vintus shows only the chardonnay on its site, while I could find a few online stores selling the syrah and sauvignon blanc.

Nearer to the top shelf Don Maximiano Founder’s Reserve is the Las Pizarras series, with pinot noir, chardonnay and syrah. These are harder to find but worth the effort – with a near perfect 99-point score, the Las Pizarras 2018 pinot was named one of the Top 100 wines of the year and the Chile’s best pinot by James Suckling. Not to be outdone, its sibling, the 2018 chardonnay, was named the Best White Wine of any variety from Chile, and also garnered a whopping 99-points. If you cannot find them elsewhere, they are available to purchase ($75) through Vintus’ new direct to consumer platform, Fida. But this is a subscription-based platform, not an a la carte e-tailer.

I haven’t tried te Las Pizarras, but I tasted several of the MAX wines and three different vintages of the Founders Reserve, and not one was less than impressive. In an ever changing, fast growing – and increasingly confusing – world if wines, I put a high value on reliability, consistency and easy consumer choices, and that’s the case with Errazuriz – remember one name and you won’t go wrong.

Home Videos The WORLD of WINE – Wine News. Cheap wine, tasting notes and cooking with wine The World of Wine – May 2021 … END_OF_DOCUMENT_TOKEN_TO_BE_REPLACED

How to visit Napa Valley on a Budget. In this video Carson and I explain a few ways to enjoy Napa on the cheap. Tip and advice about how to visit Napa … END_OF_DOCUMENT_TOKEN_TO_BE_REPLACED

Home Videos Get To Know Argentina Wine | Wine Folly If you love Malbec, Argentina is your ultimate wine region. But that’s not … END_OF_DOCUMENT_TOKEN_TO_BE_REPLACED