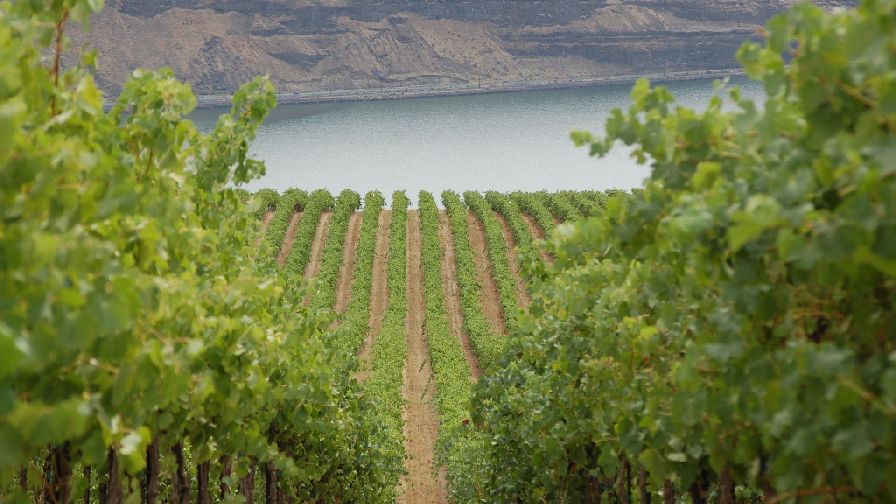 Grape growers, particularly those on the wildfire-stricken West Coast, took to the American Fruit Grower® and Western Fruit Grower® magazines’ 2021 State of the Industry survey in large part to vent.

“I could talk labor issues for hours,” a California wine grape grower says. “Labor has unfortunately been an issue for a while now and is getting worse. It’s getting more and more difficult to find workers, let alone qualified workers, to come out to the vineyards; especially with border issues, which is another issue in of itself. With less and less workers available, we have to look into robotics, which is going to be difficult to get farmers to adapt to, as it is just too big of a change for most.”

“It is not sustainable to continue growing a vineyard that is even a high-producing vineyard,” a California wine and raisin grape grower says.

If labor can merit 60 minutes of conversation, a discussion about demand could last at least a half hour.

According to a wine grape grower from Nebraska, the industry’s greatest problem entering the new year revolves around striking the right balance in supply and demand.

“I don’t think there’s a specific solution that would apply across the board. It’s just the nature of the business,” he says. “Strong, constant demand for wine is in the best interest of the grower. Better marketing helps the entire industry.”

A wine grape grower from New York state concurs. “Having enough demand to support profits is a big problem,” he says. “I think keeping up with consumer preferences is key to that.”

Wine consumption is stagnant, and there is a grape oversupply, another California wine grape grower sums up. 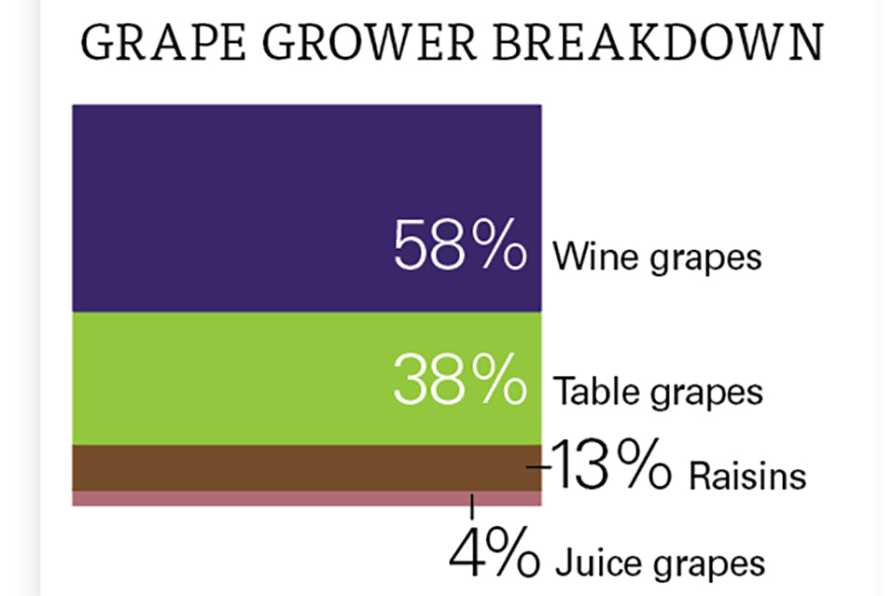 Weather-related issues, including wildfires, are frequently cited by grape growers, several of whom beckon for improved forest management.

“For weather, we need to look into setting-controlled burns around regions where people live and work outwards,” a California grower says. “(There’s) too much downed brush and trees giving huge fuels to these fires. They are burning hotter than ever. Our governor just passed a bill to allow more people serving sentences to become firefighters. With more firefighters available, we can start employing them to start control burning to better prepare for the fire season. Also, it helps reduce unemployment numbers, of which convicted felons are a huge part, especially right now.”

One California wine grape grower says his profits fell 30% in 2020 due to frost and smoke taint. Another grower in the state says the fires and COVID-19 substantially cut into his sales. “I had to drop a majority of my crop due to smoke taint,” he says.

In Missouri, late freezes severely affected a grower’s ‘Chambourcin’ variety. “(But) my ‘Norton’ crop was 35% larger than my previous best.”

Cold temperatures aside, the same grower says bird pressure is an even bigger problem. “Even with netting, birds take a significant portion of my crop,” he says.

Other problems mentioned by grower respondents include winery consolidation and regulatory constraints.

“Farmers are not as respected as they once were,” a California wine grape grower says. “We need to push back and gather together with all independent businesses, not just farmers. Power in numbers.”

Despite tough times, some grape growers improved their profits in 2020. How so?

In California, one grower started selling online when his tasting room was forced to close because of COVID-19 and the wildfires. Another spent more time on cultural practices to “produce the perfect grape.” Another recommends mechanizing more jobs. “The cost is great but will pay back in the future,” he says.

In British Columbia, a table grape grower saved money by cutting down several apple blocks that, he says, had no future prospects. And a New York grape grower who had set up a continuous replant plan five years ago, took out processing fruit.

Looking for holiday gift inspiration? These 11 gift ideas — all Bay Area made or inspired — offer all sorts of ways to help your favorite foodie, … END_OF_DOCUMENT_TOKEN_TO_BE_REPLACED

Well, anything that French wines can do, the muscadine can do better. Studies at Mississippi State University indicate that two fluid ounces of … END_OF_DOCUMENT_TOKEN_TO_BE_REPLACED

When decision-makers consider implementing Internet of Things (IoT) solutions, they typically want assurance that their investments will pay off and … END_OF_DOCUMENT_TOKEN_TO_BE_REPLACED