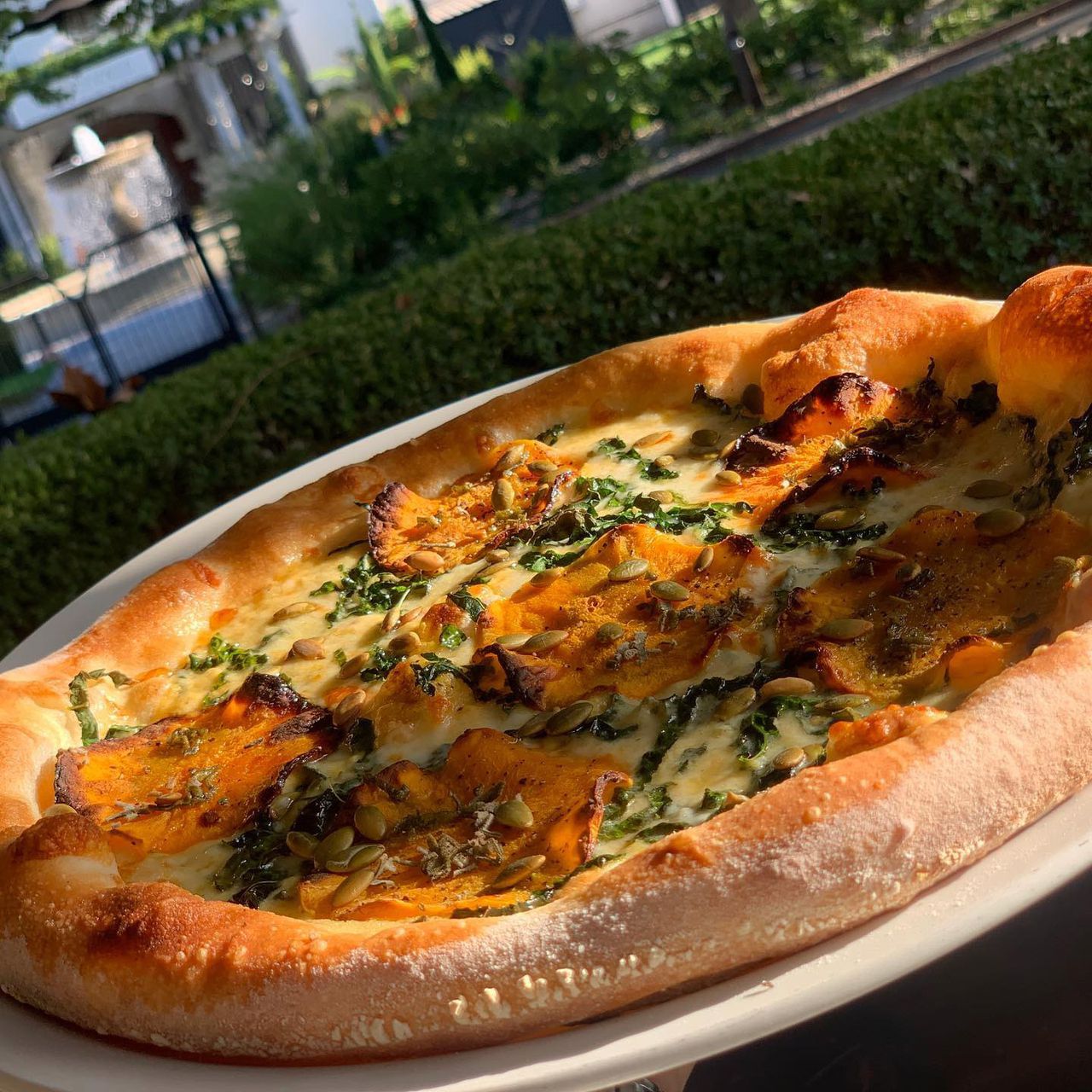 Carl Dene, also a former Todt Hill resident, also is part of the litigation as owner of Sam’s General Store in Calistoga, CA.

Ariosta co-owns Tra Vigne Pizzeria in St. Helena. She maintains, “There is no basis in science for this decision. We have to get open. It’s causing another huge crisis which is mass unemployment. Restaurants, hotels and wineries are the basis of Napa Valley’s entire economy. We just don’t have enough local people to support us and keep us all going.”

She and the Coalition demand an immediate change in policies.

“Social distancing, sanitizing and masking are some of the practices we are already doing to stay safe. We are willing to do more if that’s what it takes. We just have to be able to reopen for on-premise outdoor dining,” said Ariosta. She and co-owner/chef Anthony “Nash” Cognetti operate the 25-year old restaurant currently for pickup and to-go service only. It is known for its wood-fired pizza and it’s signature dish, Mozzarella al Minuto, served at the table warm.

Ariosta said, “Our members have collectively invested millions of dollars to reconfigure their spaces, buy safety equipment, and train staff and customers about new dining protocols, often going above and beyond the state and local guidelines. The Governor must base his decisions in science and data and give our local restaurants and wineries a chance to survive this.”

With dining restrictions on and off to varying degrees of capacity since March 16, Tra Vigne and other eateries and wineries have invested in new construction, plexiglass, two-sided tent rentals, heaters, personal protection equipment and more. Like NYC food businesses in the pandemic, the expenses have been for naught at times as regulations and metrics to determine closures have continually changed.

THE LAST STRAW FOR NAPA OWNERS

But it was California state regulations in December that served as the last straw for the restaurants in the Coalition, according to the complaint, as those regulations “arbitrarily and unfairly targeted restaurants, wineries, and tasting rooms by indefinitely and without scientific basis” banned on-premise, al fresco food and drink consumption in Napa, Sonoma and other regions.

Said Dene, “All we ask is to be treated fairly and in accordance with the science. Though the data shows we can operate outdoors safely, our state officials continue to shut us down while trusting big-box retail stores to operate in much riskier indoor settings.”

He lamented, “The latest shutdowns have forced us to layoff 95 valuable staff members, and it’s devastating to consider what this has meant for them and their families. If we make it through the dining ban, we fear there won’t be enough local industry workers left to rebuild our staff.”

LAWSUITS RUN IN A PARALLEL WORLD TO NYC

Judge Thomas P. Aliotta tossed that litigation out of Richmond County Court in the fall. He determined, “The threat of the infection and resurgence of this deadly virus arises when patrons from different households and environments enter restaurants and then depart to move around the densely populated city, potentially coming into contact with 27,000 individuals within every square mile.” Ultimately, the judge felt the indoor dining limit of 25% capacity impacted public health in the city.

On Wednesday afternoon, Fonte updated the status of another class-action lawsuit filed in Manhattan with Italianissimo restaurant owner Franco Ortega as one of the lead plaintiffs in a federal lawsuit brought on behalf of New York businesses. The St. George attorney said, “After being denied relief in State Court our lawsuit to open restaurants is now pending in Federal Court. We are hoping for a more favorable outcome in light of recent decisions in other jurisdictions.”

As for his other client, the defiant Mac’s Public House in Grant City remains closed. The owners of the bar had chosen to serve patrons indoors and drew national attention for the stance before a subsequent collision with a City Sheriff. Fines and violations were reversed, then reinstated and criminal summonses remain.

Fonte said, “Mac’s is closed and will remain closed pending the outcome of a State Supreme Court hearing on Feb. 2. We are seeking a decision striking down Gov. Cuomo’s emergency powers as over broad, arbitrary and unconstitutional.”

Pamela Silvestri is Advance Food Editor. She can be reached at silvestri@siadvance.com.

Home Videos The WORLD of WINE – Wine News. Cheap wine, tasting notes and cooking with wine The World of Wine – May 2021 … END_OF_DOCUMENT_TOKEN_TO_BE_REPLACED

How to visit Napa Valley on a Budget. In this video Carson and I explain a few ways to enjoy Napa on the cheap. Tip and advice about how to visit Napa … END_OF_DOCUMENT_TOKEN_TO_BE_REPLACED

Home Videos Get To Know Argentina Wine | Wine Folly If you love Malbec, Argentina is your ultimate wine region. But that’s not … END_OF_DOCUMENT_TOKEN_TO_BE_REPLACED