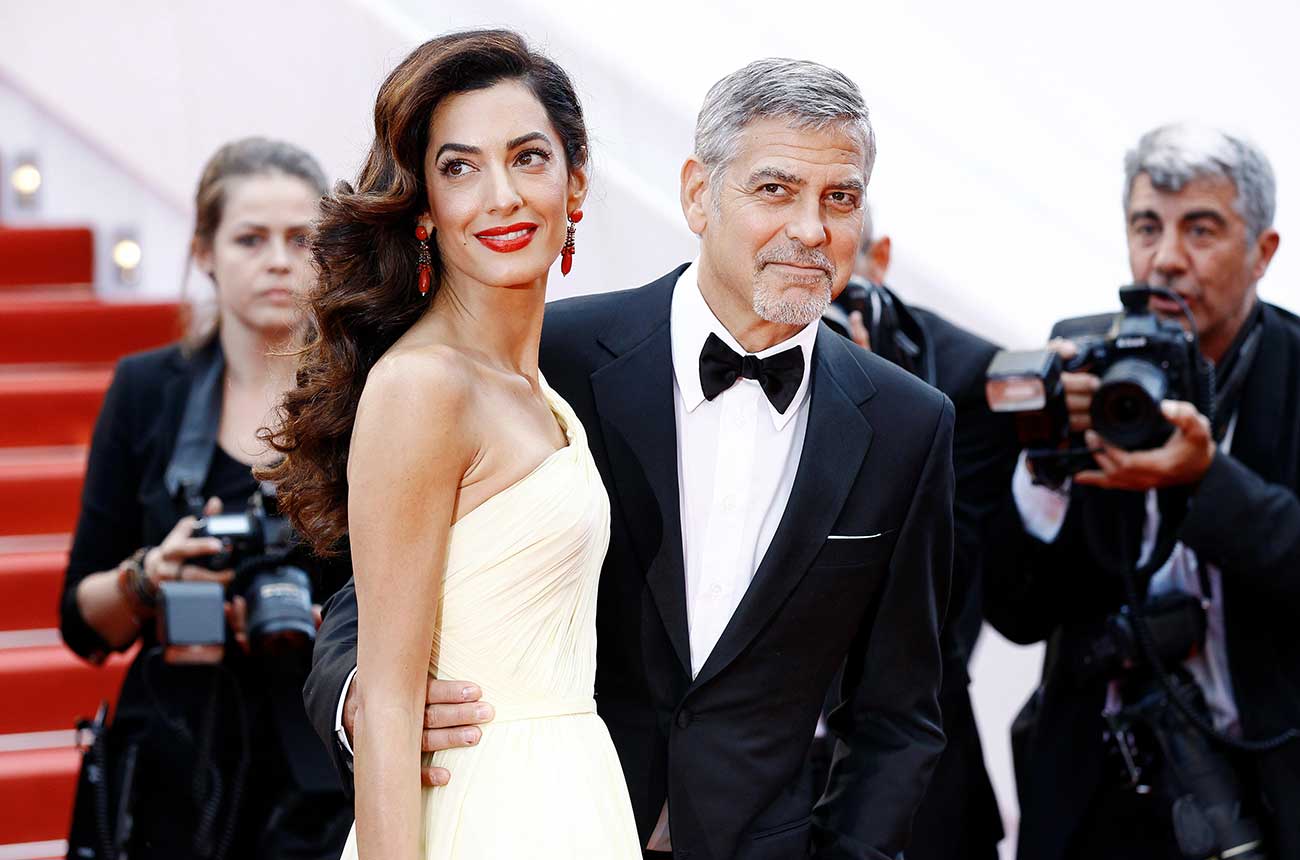 George and Amal Clooney have put the Provence wine country commune of Brignoles on the world media map by acquiring the nearby Canadel estate.

Despite reports of a delay to the deal earlier this year, the couple were pictured arriving at the estate and in Brignoles at the end of last week.

Local mayor Didier Brémond posted a photo of himself between the Hollywood actor and Amal Clooney, a Lebanese-British lawyer specialising in international criminal law and human rights.

‘Welcome to Brignoles.’ he wrote on 23 July. ‘It’s now official. George and Amal Clooney are residents of our beautiful commune.’

Brémond added, ‘I had the pleasure of meeting them, at their invitation, at Domaine du Canadel.’

According to Le Parisien newspaper, the purchase price was around €7m.

Lying in the Var area, the sprawling Canadel estate covers 172 hectares. Alongside the main residence, it’s believed to include vineyards, a pool and olive groves.

There has been no suggestion of the Clooneys seeking to commence a wine project at Canadel.

Yet their arrival emphasises how desirable this rosé wine heartland has become for wealthy property buyers.

Vineyard estates in Provence have been in hot demand in the past few years.

Buyers range from those seeking purely ‘lifestyle’ properties, where the vineyard operation doesn’t necessarily need to make a profit, to investors with more serious wine projects in mind.

In an example of the latter, Château Cos d’Estournel owner Michel Reybier bought Château La Mascaronne in the Var area last year for an undisclosed fee.

How to buy a vineyard

Home Videos The WORLD of WINE – Wine News. Cheap wine, tasting notes and cooking with wine The World of Wine – May 2021 … END_OF_DOCUMENT_TOKEN_TO_BE_REPLACED

How to visit Napa Valley on a Budget. In this video Carson and I explain a few ways to enjoy Napa on the cheap. Tip and advice about how to visit Napa … END_OF_DOCUMENT_TOKEN_TO_BE_REPLACED

Home Videos Get To Know Argentina Wine | Wine Folly If you love Malbec, Argentina is your ultimate wine region. But that’s not … END_OF_DOCUMENT_TOKEN_TO_BE_REPLACED