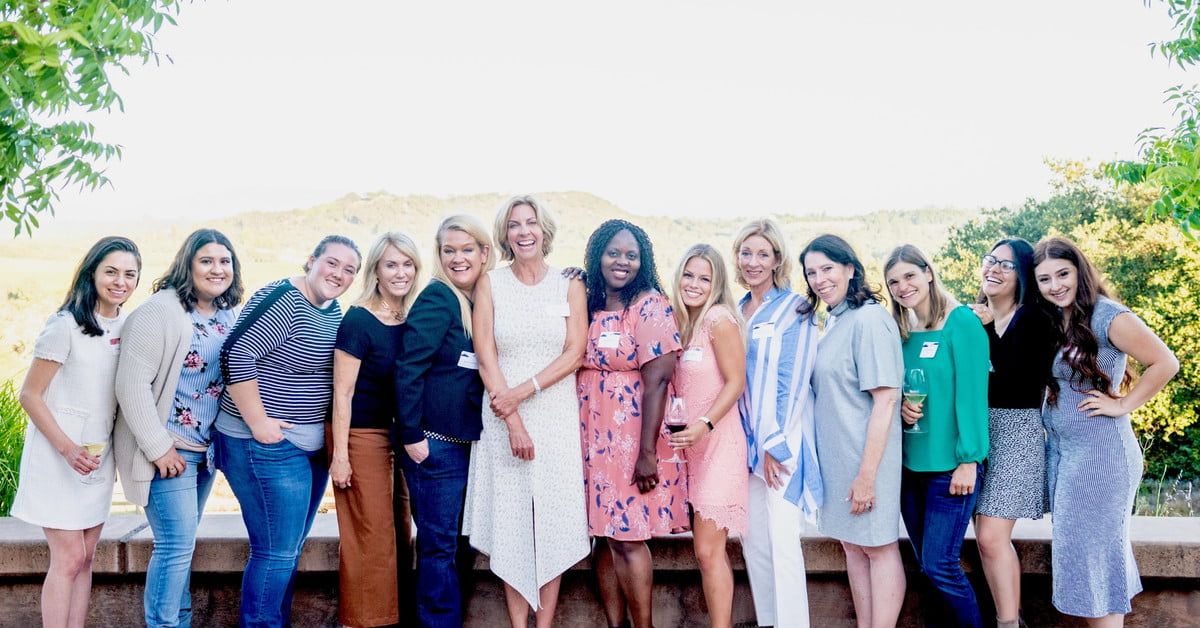 While we continue to beat the drum for equality in the workplace, and rightfully so, some industries are lagging behind. Wine has long been a realm dominated by white males and while it still is, the scene is shifting and becoming more reflective of its changing audience.

That shift is largely the work of two main factors: First, there are more wine drinkers than ever in American history and it’s an increasingly diverse cast of characters. Moreover, these consumers are now interested in both good wine and in the ethos and transparency of each particular brand. Secondly, leading labels like Geodesy Wine are making the industry more accessible. The California winery is devoted entirely to making viticulture a viable career avenue for women.

Geodesy is the byproduct of decades of navigating a lopsided industry. Founder Judy Jordan has been making wine in California since the 80s. She launched J Vineyards & Winery in the Russian River Valley in 1986 (at age 27) and helped put it on the national wine radar.

“When I started J, women were and still are woefully underrepresented in our agriculture community,” Jordan says. “Through my own experience and struggles finding mentors and carving out a leadership role that’s authentic to me during my years of building J Vineyards, I realized how important it is to help out those who don’t have the advantages and resources I had.”

A trained geologist, Jordan has logged more than thirty years in wine. After a tremendously successful career at J, she felt an urge to give back to the community she’s become so much a part of. Part of the appeal of wine, says Jordan, is its connection to people and agriculture, making it a great medium for advancing those very things. Advancing the next generation of growers would be priority number one, but some good wine could be made en route.

Geodesy is built around the Women Gaining an Edge Program (WG Edge), a leadership building enterprise for young women aiming at strengthening the agricultural work force. It launched in 2019 and is open to young women studying in the agriculture and natural resources arenas. Jordan calls Geodesy the funding vehicle for WG Edge. All of the winery’s profits go directly to the program.

For context, the agriculture sector is still a male-dominated affair. The USDA estimates that 36% of farmers in the U.S. are female. In wine, especially in high-ranking positions like winemaker, owner, or vineyard manager, there’s an even larger gender gap. According to a Wine Business Monthly report from October 2020, there’s a single female vineyard manager for every ten male vineyard managers in American wine. It was also revealed that four times as many men than women are general managers of wineries.

The report wasn’t all bad news, however. It shed light on the fact that when it comes to pay, rates are just about dead even between the sexes. A Santa Clara study, also from 2020, reported that of the more than 4,200 bonded wineries in California, just 14% indicated having a female lead winemaker. That number is rising, but not without the awareness and work put in by Geodesy and other like-minded efforts.

Presently, there are nine program members, or “edgers” as Jordan likes to call them. They’re all studying at college, two at four-year universities and the balance at Santa Rosa Junior College. Jordan’s team sets them up with the confidence, community support, and tools to get a substantial foot in the door, at least locally. The two-year program works directly with the community college, offering edgers $7,500 annual scholarship awards.

“Edgers have an opening retreat and then monthly meetings at which they are connected with our ‘village’ of mentors, have personal and professional training workshops, and connect with their cohort and the WG Edge team,” Jordan says. That village includes some prominent female industry leaders, including Amelia Ceja, president of Ceja Vineyards, Gina Gallo, winemaker at Gallo Family Vineyards, and Katie Jackson, vice president of sustainability at Jackson Family Wines, among others.

What of the wine? It’s quite good, a mix of Pinot Noir and Chardonnay crafted from fruit grown both in the Napa and Willamette valleys. They are small lots that reflect three distinctive vineyards, produced by Healdsburg native Megan Baccitich and winegrower Scott Zapotocky. “Megan is an incredibly talented winemaker with more than a decade of experience making highly sought-after wines for Paul Hobbs,” Jorday says. “She also connects to our mission as a woman in wine who found few female mentors along her path.”

How Geodesy is Giving Back

Geodesy’s wines are essentially Jordan’s life story in a bottle. They represent a marginalized slice of an industry looking to tip the scales in the name of fairness. And what better time than now, with systemic pillars all over not only being questioned but deservedly struck down and rebuilt. Wine is far from fixed but is arguably the most down-to-earth it has ever been. It’s time it better represented the world it inhabits.

“We won’t change this situation without hard work,” Jordan says. “We’ve stood by for too long hoping women will get to leadership positions organically but there aren’t often systems in place for career development, connectivity, or tracking female advancement in agriculture industries. Just like tending a vineyard or making wine, we have to cultivate, nurture, listen, and take a customized approach to guiding our next generation of women leaders to greatness.”

For now, the focus is local but Jordan thinks this type of program can be modeled elsewhere beyond northern California. “We believe that once we have built a proven model, other places and industries can customize and use it to meet their communities’ needs,” she says.

How You Can Support

Your purchase at the Geodesy store can go a long way for the next generation through the WG Edge program. You can shop different red and white wines (select states only) and give back to winery-supporting women.

This feature is part of our Brands Giving Back Series, where we’ll bring you all the latest news on brands that are giving back to the community, and how you can support them by shopping online.

Home Videos The WORLD of WINE – Wine News. Cheap wine, tasting notes and cooking with wine The World of Wine – May 2021 … END_OF_DOCUMENT_TOKEN_TO_BE_REPLACED

How to visit Napa Valley on a Budget. In this video Carson and I explain a few ways to enjoy Napa on the cheap. Tip and advice about how to visit Napa … END_OF_DOCUMENT_TOKEN_TO_BE_REPLACED

Home Videos Get To Know Argentina Wine | Wine Folly If you love Malbec, Argentina is your ultimate wine region. But that’s not … END_OF_DOCUMENT_TOKEN_TO_BE_REPLACED