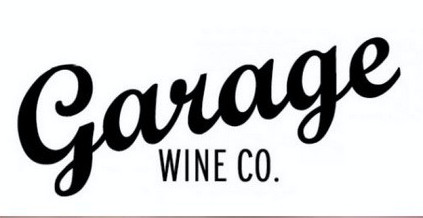 Freixenet Copestick has added Chile’s Garage Wine Co to its portfolio, with the wines set to be sold to the on-trade via Jascots Wine Merchants and online by Slurp.

Additionally, the Freixenet Copestick sales team will sell to the independents in the UK and the Republic of Ireland.

Previously distributed in the UK by Bibendum, the Garage Wine Co is based in the Maule Valley in Southern Chile and is well known for making wines from parcels of old vines in the historic Maule & Itata Valleys from lesser-known places like Truquilemu, Sauzal and Calivoro.

As part of the distribution deal, Freixenet Copestick said there would be some older vintages to “add excitement to the new releases”, as well as some parcels that have not previously shipped to the UK.

“When I met co-founder Derek and tasted the wines, I knew they would be a perfect fit for our growing organisation,” said MD Robin Copestick.

“They‘re game-changers. We already overtrade in Chile and these wines were so unique that I could just sense the opportunity. They will complement the wines that we already ship from Chile and grow the category with South American old vines. I was impressed with the way founders Derek and Pilar do business. It goes beyond the certifications of the day – they fundamentally believe business can be a force for good. Not only are they making wine in a sustainable way, but they support the farmers and local communities. They seek to create excellence over short term gains.”

The Garage Wine Co was founded twenty years ago, in the garage, and is still principally owned and managed by husband and wife team Pilar Miranda and Derek Mossman Knapp.

Mossman-Knapp added: “We were not looking to make a change in distributor, we have spent the last few years getting closer to the farming, but when I met Robin in Chile, and he spoke of what Freixenet Copestick is up to in the UK I was energised. I know how online wine business are getting suppliers closer to customers, and how quickly they are growing. It is a great opportunity to be involved with Slurp. And Jascots will give us the focus in the on-trade where we have been strong in the past in normal times.”

Additionally, he said, the Freixenet Copestick sales team would find more opportunities with the indies.

“We have been really impressed with the enthusiasm and knowledge on our video tasting calls. The whole team has become famous for their entrepreneurial spirit. In the Garage Wine Co, we are not very good at sitting still. There will be exciting news soon about a project we have begun in times of Covid and together with Freixenet Copestick we shall take this to new heights.”

Freixenet Copestick announced that it had purchased the assets and business of Jascots Wine Merchants from the administrators in December last year, shortly after acquiring 100% of Slurp.

As reported by Harpers, Jascots appointed Matthew Wild and Matthew Haw as joint administrators of the business on 30 November.

Home Videos The WORLD of WINE – Wine News. Cheap wine, tasting notes and cooking with wine The World of Wine – May 2021 … END_OF_DOCUMENT_TOKEN_TO_BE_REPLACED

How to visit Napa Valley on a Budget. In this video Carson and I explain a few ways to enjoy Napa on the cheap. Tip and advice about how to visit Napa … END_OF_DOCUMENT_TOKEN_TO_BE_REPLACED

Home Videos Get To Know Argentina Wine | Wine Folly If you love Malbec, Argentina is your ultimate wine region. But that’s not … END_OF_DOCUMENT_TOKEN_TO_BE_REPLACED