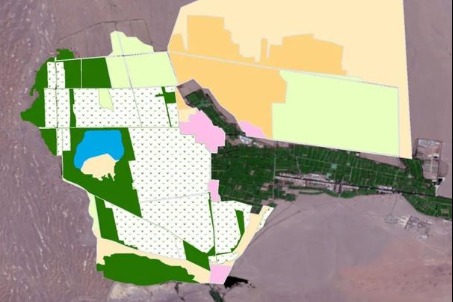 Investigators have found no massive deforestation in Gansu’s Yangguan Forest Farm or cases of healthy forest being cut down and replaced with grape plantations for profit, the provincial government said in a report released on Tuesday.

On Jan 20, a news report by Economic Information Daily said that according to on-the-spot interviews, the forest had shrunk by more than half as the farm expanded its pillar vineyards industry. The report and photos of deforested spots sparked widespread public outcry online.

The government investigation report, released at a news conference in Lanzhou, capital of Gansu, cited satellite remote sensing images from the Ministry of Ecology and Environment to show that since 2000 no massive deforestation had occurred at the farm. The latest images showed the farm has 465 hectares of forest, up 32 hectares since 2000.

However, investigators found several problems reflected in the news report.

From 2007 through 2017, there was a 66-hectare decrease of tree plantation area after dead trees in the area were dug out and replaced with bush-type plants such as saxaul, tamarisk and other shrub species. That led to a drop in tree coverage.

In 2018, three hectares of good forest was removed to renovate the farm’s irrigation facilities. Recently, some farmworkers illegally felled more than 10 full-grown trees that turned out to be alive.

In response to the vineyard expansion issue in the news report, the investigation said that in 2012 a wine company that rented 133 hectares of land from the farm transformed 27 hectares of deteriorated forest into a vineyard. Since 2013, the farm had not expanded vineyard coverage.

The farm, located on the edge of the Kumtag Desert, occupies 1,700 hectares of land, of which 465 hectares grow forests to prevent sandstorms affecting surrounding towns and cities. They include Dunhuang, a historic city only 70 kilometers away, which is well known for its Mogao caves-grottoes with Buddhist statues and frescoes. Yangguan itself was an important pass on the ancient Silk Road.

The farm is in charge of public forests but tried to earn revenues by developing the land while protecting the forest. To increase income, it leased vineyards to staff members and 333 hectares of land to three private enterprises, including the wine company.

Compared with plants used on the farm to combat desertification, grapes can consume up to 12 times as much water, according to research by the Gansu Sand Control Research Center.

“Due to the scarcity of water resources in the area, vineyards have taken the forests’ share of water and affected forest cultivation,” the report said.

Guo Chunwang, a senior official from the Gansu provincial government, told the news conference no obvious signs of desertification had appeared in the Yangguan region, so no ecological threat was posed to Dunhuang.

“The local government will increase the region’s forest coverage, enhance supervision over illegal logging and stop the abuse of water resources,” he said.

As of Tuesday night, no response had been made by Economic Information Daily or its reporters.

A team dispatched by the central government has arrived in Gansu and is using various methods, including satellite images, interviews and unmanned aerial vehicles, to further investigate the case.

Home Videos The WORLD of WINE – Wine News. Cheap wine, tasting notes and cooking with wine The World of Wine – May 2021 … END_OF_DOCUMENT_TOKEN_TO_BE_REPLACED

How to visit Napa Valley on a Budget. In this video Carson and I explain a few ways to enjoy Napa on the cheap. Tip and advice about how to visit Napa … END_OF_DOCUMENT_TOKEN_TO_BE_REPLACED

Home Videos Get To Know Argentina Wine | Wine Folly If you love Malbec, Argentina is your ultimate wine region. But that’s not … END_OF_DOCUMENT_TOKEN_TO_BE_REPLACED