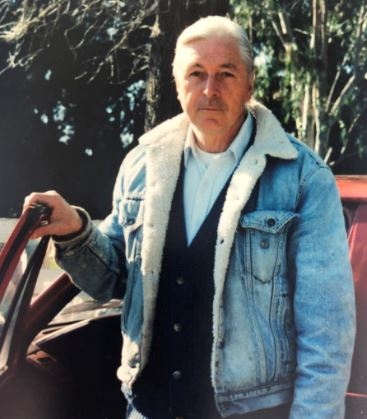 Galo Maclean died peacefully on Jan. 15 at home in Napa, Calif., he was 92. Maclean had studied and worked in most of the major wine producing regions of both the Northern and Southern hemispheres before bringing his knowledge to the United States where he was a respected authority on rootstocks and clonal selections. Through his rootstock business, Maclean helped establish several vineyards throughout Napa Valley and other parts of California.

Maclean was born Dec. 24, 1928 in San Bernardo, Chile to Allan Maclean and Marta Bruna-Vaché. An only child, Maclean spent his summers working in the vineyards of his father’s family’s ranch in southern Chile before graduating from the University of Chile with an agricultural technical degree in 1948. After working for several wineries in the Itata Valley of Chile, he obtained a grant from the French government to study at the Institute of Oenology of Bordeaux in 1960. He obtained his degree in 1962 and then spent the following years working at wineries and vineyards in France, Italy, Spain and Germany. Maclean also held a degree in soil microbiology and a degree in agricultural chemistry from the Paris Institute of Pasteur.

While working harvest at Chateau Les Conseillans in Bordeaux he met his future wife Francoise Latournerie who was working there as a lab technician. Maclean returned to Chile where the couple married in 1964. A year later, Maclean decided to pursue opportunities in the rapidly growing U.S. wine industry and accepted the position of technical director at Meier’s Wine Cellars in Cincinnati, Ohio. Following the death of the winery’s owner in 1974, the company was sold to a distiller that shifted its focus to the production of sweet berry wines.

Maclean, wanting to work with vinifera vines, then moved to Napa Valley where he had a contract to develop a vineyard. He later founded a rootstock nursery in 1981 with Frank Emmolo. After working with Emmolo for nearly a decade, the two parted amicably and Maclean established his own rootstock nursery. The company was supplied from a mother-block vineyard that he had planted in 1984 on a property off of Cuttings Wharf Road in Carneros where he also lived with his wife and family.

The Maclean’s rootstock nursery soon grew to encompass another vineyard property in Vacaville, Calif., and Maclean would go on to supply grafted vines and well-rooted rootstocks to vineyard and winery clients in Napa, Sonoma, Lake, Monterey, Santa Clara, San Luis Obispo counties and other parts of California and Chile.

At the age of 77, Maclean retired and sold the Vacaville property to the French rootstock firm Mercier. After spending a portion of their retirement in Monterey County, the Macleans returned to their Carneros property in 2015.

Maclean is survived by his wife of 57 years Francoise as well as his daughter Isabelle and her partner Ron; daughter Cecile; son Ian and his wife Jerilyn Maclean; daughter Christine and her husband Andrew Adams and six grandchildren.

Home Videos The WORLD of WINE – Wine News. Cheap wine, tasting notes and cooking with wine The World of Wine – May 2021 … END_OF_DOCUMENT_TOKEN_TO_BE_REPLACED

How to visit Napa Valley on a Budget. In this video Carson and I explain a few ways to enjoy Napa on the cheap. Tip and advice about how to visit Napa … END_OF_DOCUMENT_TOKEN_TO_BE_REPLACED

Home Videos Get To Know Argentina Wine | Wine Folly If you love Malbec, Argentina is your ultimate wine region. But that’s not … END_OF_DOCUMENT_TOKEN_TO_BE_REPLACED