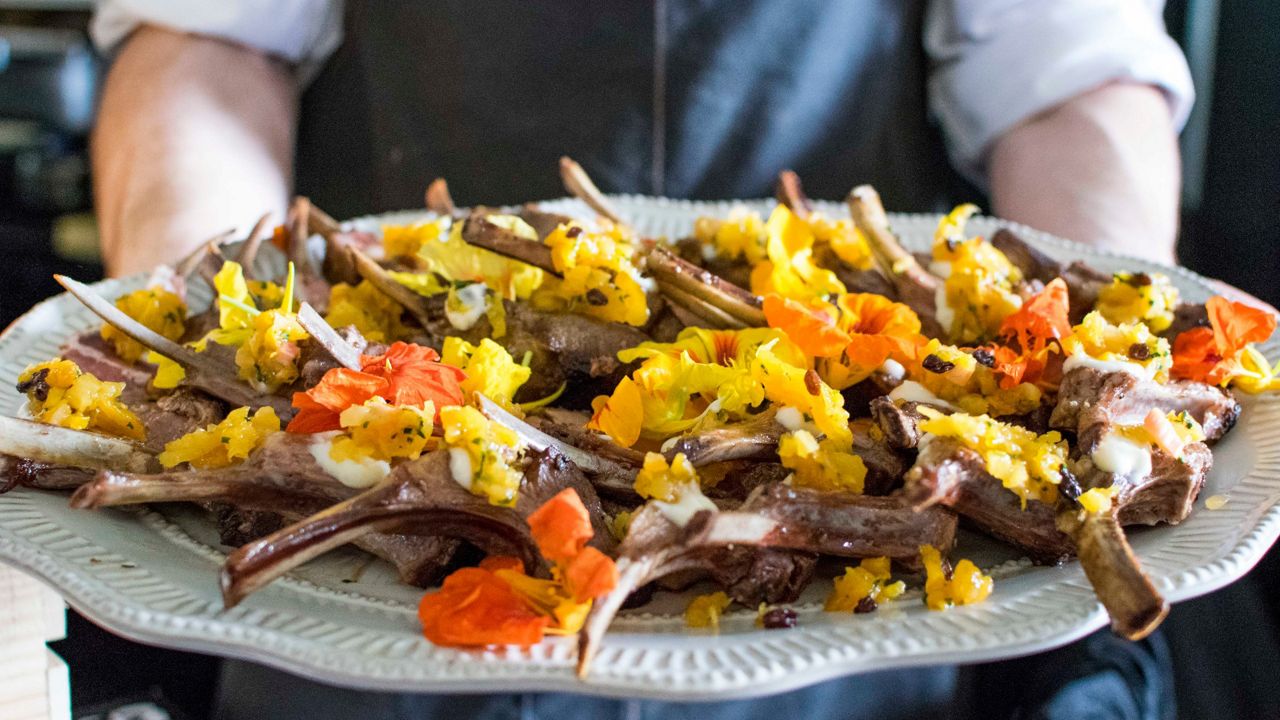 FORT WORTH, Texas — As the pandemic rages on, big events are dropping off the calendar citywide. The Fort Worth Stock Show & Rodeo, Fortress Festival, and other marquee gatherings have been canceled in the face of rising case numbers.

What You Need To Know

Board members of another iconic local event, the Fort Worth Food + Wine Festival, have decided to punt on their usual five days of bacchanalian indulgence, and like so many other businesses and institutions around the world, have pivoted to a similar, safer concept.

In a press release, the FWFWF organizers announced they will host Forty at the ’Fork, “a collaborative, curated dinner series featuring 40 local chefs pairing up for 20 special pop-up dinners. Each dinner will be held on a Sunday, Monday, or Tuesday evening between February 28 and April 13, 2021, within The Shops at Clearfork.”

As is the case every year, proceeds from the event will benefit the FWFWF’s charitable arm, the Fort Worth Food + Wine Festival Foundation. Over the past year, the foundation has doled out more than $110,000 through its Restaurant Employee Relief Fund, which gives grants to out-of-work or struggling restaurant employees.

Tickets for all 20 dinners are $70 a person, and each event is limited to 50 socially distant guests. The identities of the evening’s chefs will not be revealed until the night of their collaboration, though the menu offerings for that night will be announced in advance. The event is BYOB, though wine pairing suggestions will be made by Chris Keel, owner of Put A Cork In It, and Richard King, co-owner of Ellerbe Fine Foods.

The dinners will be held in the massive 8,896-square foot space that, until recently, housed Twigs American Bistro, and will stay under 20% seating capacity.

So far, nearly two dozen local culinary heavyweights have signed on for the events, including:

“The purpose of the Fort Worth Food + Wine Foundation is to celebrate local culinary talent today while also helping protect it for tomorrow,” said Julie Eastman, executive director of the Fort Worth Food + Wine Foundation. “Forty at the ’Fork is an opportunity for FWFWF to showcase 40 amazingly talented chefs, plus many local business owners, who’ve been working tirelessly despite current industry challenges, while also continuing to grow our culinary scholarship and classroom grant offerings.”

Home Videos The WORLD of WINE – Wine News. Cheap wine, tasting notes and cooking with wine The World of Wine – May 2021 … END_OF_DOCUMENT_TOKEN_TO_BE_REPLACED

How to visit Napa Valley on a Budget. In this video Carson and I explain a few ways to enjoy Napa on the cheap. Tip and advice about how to visit Napa … END_OF_DOCUMENT_TOKEN_TO_BE_REPLACED

Home Videos Get To Know Argentina Wine | Wine Folly If you love Malbec, Argentina is your ultimate wine region. But that’s not … END_OF_DOCUMENT_TOKEN_TO_BE_REPLACED