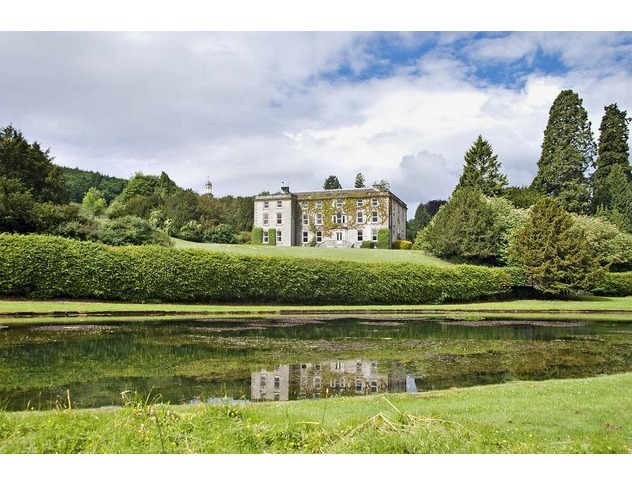 THE future of a unique historic house remains uncertain after a heritage enthusiast’s scheme to transform it into an exclusive wedding venue and aparthotel was roundly rejected amid concerns it would irreversibly harm the listed buildings and shatter the tranquillity of a Yorkshire Dales village.

Developer Ian Morton said after spending a year on the first scheme to attempt to ensure the long-term viability of the Georgian Marske Hall estate since the Second World he was “devastated” and had been left with “no positive direction” by the Yorkshire Dales National Park Authority’s dismissal his proposal.

Planning officers told the meeting of the authority’s planning committee the most harmful aspect of the plan, which also featured a spa and wine-tasting rooms, would be the wedding venue as it would involve demolishing internal walls and cutting a large area of woodland to create car parking.

In addition, planning officers described the impact of guests arriving and leaving and of amplified music on the hall’s neighbours as “catastrophic” and said it would ruin the village’s peace. The committee heard if all the buildings were occupied it would mean 147 people on the site, excluding staff, but the scheme provided some 33 fewer car parking spaces than were needed.

Marske and New Forest Parish Council told the committee inappropriate car parking was already an issue in the village, which was a popular starting point for walkers, and developing events spaces at the hall would only add to the problem of vehicles blocking narrow lanes.

Reeth councillor Richard Good said it was clear many people would welcome some development at the hall, but that it needed to be limited so it did not impact on the agricultural and residential nature of the area. He said: “Marske is a very quiet and beautiful village and has no commercial activity in it at all. The last pub closed over 120 years ago.”

Planning officers highlighted that the buildings were “not about to fall down” and members were told alongside objections from the parish council and residents, Historic England and the Yorkshire Gardens Trust had raised serious concerns.

Members heard it was unclear how much damage would be done to the hall’s beautiful staircases, plasterwork, cornicing, timber panelling and fireplaces and that the hall’s unique feature of having its outbuildings close to the main residence needed to be preserved and celebrated.

Mr Morton had argued creating an upmarket venue for various events to pull visitors into the area and create jobs would be “a huge boon for the region”. Planning officers said the extra jobs and tourism provision would not outweigh what amounted to a “gross overdevelopment of a historic site in a very rural and special landscape”.

The meeting heard the developer offered last-minute changes to the proposals for the events venues, such as noise mitigating measures, but they fell short of the compromises needed as the creation of a wedding venue was considered harmful in any form. After the meeting, Mr Morton said the rejection of the proposal had come despite having previously received positive signals from the authority and after a year of costly and hard work.

He said: “We are already on site developing Marske stables into ten staycation apartments which received planning ten years ago, and are due to open in June. Marske Hall sits next to the stables and is 17,000sq ft of derelict space with 11 existing apartments and a further nine added, however to make it all work it needs a corporate events space, enabling it to function in the winter months.

“Our pre-application was well received and we were informed planning would be a success until the final hour, so to be rejected is a devastating blow. We were prepared to invest millions to save the beautiful hall in a positive development scheme that would bring jobs and visitors to the area, however we’ve been left with no positive direction on what can work financially for the long term.”

Home Videos The WORLD of WINE – Wine News. Cheap wine, tasting notes and cooking with wine The World of Wine – May 2021 … END_OF_DOCUMENT_TOKEN_TO_BE_REPLACED

How to visit Napa Valley on a Budget. In this video Carson and I explain a few ways to enjoy Napa on the cheap. Tip and advice about how to visit Napa … END_OF_DOCUMENT_TOKEN_TO_BE_REPLACED

Home Videos Get To Know Argentina Wine | Wine Folly If you love Malbec, Argentina is your ultimate wine region. But that’s not … END_OF_DOCUMENT_TOKEN_TO_BE_REPLACED