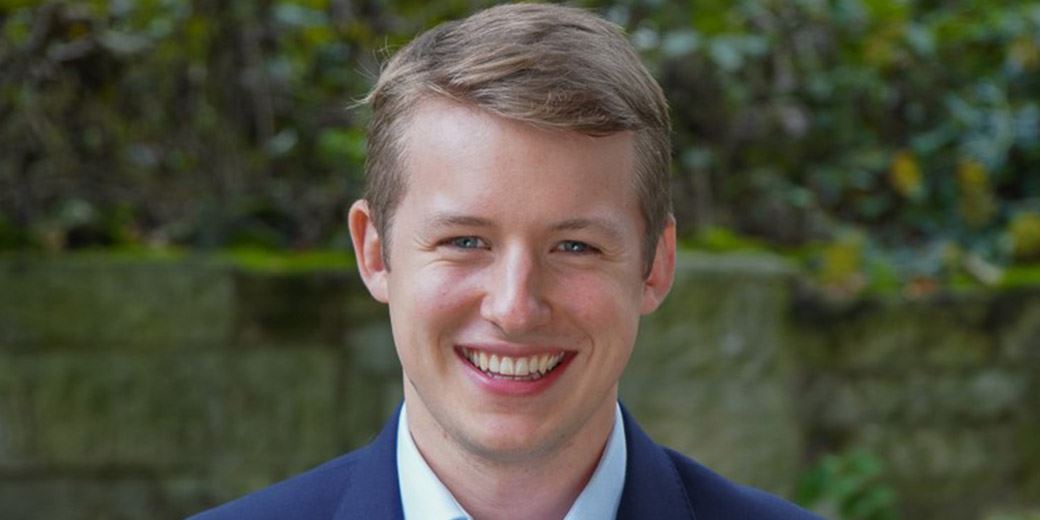 Fleming studied languages at Durham University and in his third year had to work abroad. He had been thinking about becoming a teacher but after spending a few months teaching in rural Spain he changed his mind.

He then moved to Bordeaux, where he worked at a local radio station, but he soon realised it was not right for him. He decided he needed a different job, which is when he happened upon a vineyard.

‘I quite literally stumbled into a job selling wine. I knew nothing about wine but the French owner saw the benefits of me speaking English, French and Spanish. I ended up doing placements there over the course of two summers, and I loved it,’ he says.

‘There was a huge variety of people coming through with different budgets, different tastes and different expectations. What I really enjoyed was matching up the wine to the person and giving the presentation as part of the sale.’

Fleming returned to the UK for his final year at university and spent a long time thinking about what career he could follow that would marry his skills and passions. He decided on financial planning.

He joined IQ in October 2019 after being drawn to the ‘infectious enthusiasm’ he felt during his interviews.

‘The shared values and ethos at the firm really shone through and, fortunately enough for me, they liked me back.’

A spot of bother

If things go to plan, Fleming should be advising his own clients by the end of the year.

He finds the benefits financial planners can bring to clients’ lives extremely rewarding.

He tells me about one particular client who rang IQ in a panic after putting off filling in certain documents due to the emotional trauma that completing them would cause.

‘She said: “I have got myself into a bit of bother. What can we do?” We sent a cab to hers and we took all the emotional stress out of it and completed the exercise. She was very thankful and it was very satisfying.’

The past year has been frustrating for everyone, and Fleming has missed being able to meet clients face to face.

Is there another aspect of financial planning he particularly enjoys?

‘It is all well and good talking about the future, but actually running what-happens-if scenarios can coax out some really interesting conversations.

‘The attraction of cashflow modelling is that it is just as relevant for you and me as it is for someone approaching retirement.’

The relevance of financial planning to situations other than retirement is a common theme in our conversation. Indeed, Fleming expresses frustration at the lack of knowledge of the profession among young people. Few understand what an interesting and varied career it can be, he says.

‘You would not necessarily see financial planning firms at careers fairs at universities, but you would see accountancy practices, law firms and banks.

‘There is not the same sort of coverage, which is a real shame.’

And I like to go to France and Spain to brush up on my language skills, but I was not able to do that last year.

Five years’ time? Still at IQ, with clients of my own. And I would love to be able to say I had persuaded other graduates to pursue financial planning.

Home Videos The WORLD of WINE – Wine News. Cheap wine, tasting notes and cooking with wine The World of Wine – May 2021 … END_OF_DOCUMENT_TOKEN_TO_BE_REPLACED

How to visit Napa Valley on a Budget. In this video Carson and I explain a few ways to enjoy Napa on the cheap. Tip and advice about how to visit Napa … END_OF_DOCUMENT_TOKEN_TO_BE_REPLACED

Home Videos Get To Know Argentina Wine | Wine Folly If you love Malbec, Argentina is your ultimate wine region. But that’s not … END_OF_DOCUMENT_TOKEN_TO_BE_REPLACED