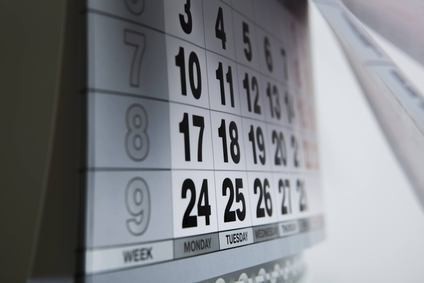 The lively start to 2020 for the global drinks industry gave just-drinks’ in-house analyst plenty to think about. Ian Shackleton looked at two senior management changes in beer, Suntory Holdings’ purchase of a stake in Edrington and the latest round of company results that we’d reported on.

In February 2019, Pernod Ricard released its results for the second half of the year prior. The group posted a 7.8% increase in sales from the six months to the end of December, with its top-line rising by 5.6% in the last quarter. just-drinks spoke to group CEO Alex Ricard following the company’s presentation on its half-year performance.

Three years ago, Carlsberg published its 2017 Sustainability Report, with recent progress including a 16% reduction in carbon emissions and a 6% reduction in water use since 2015, as well as the elimination of coal as a source of energy at nine breweries in China. just-drinks caught up with CEO Cees ‘t Hart to talk about the wider sustainability challenges for the brewing industry.

Treasury Wine Estates reported another strong set of figures in early-2017, with half-year sales jumping by almost a quarter. Following the release of the results, just-drinks spoke with CEO Michael Clarke about the numbers, and how he managed to turn around a company that less than three years earlier took an impairment charge of almost US$250m.

Rewind five years and Euromonitor considered the corporate side of the spirits category. Senior alcoholic drinks analyst Jeremy Cunnington forecast little movement in the year ahead.

Defined by its diversity, the non-Scotch whisky segment has long been subject to numerous and sometimes contrasting trends across the different whisk(e)y-producing countries. Nevertheless, while the category may represent a wide-ranging patchwork of national products, the trends in the key individual countries all appeared to be pointing upwards, with a report suggesting future growth was assured for the sector for the five-year period to 2019.

Seven years ago, MillerCoors unveiled the biggest brand launch in its five-and-a-half-year history: Miller Fortune, a beer designed to take on the spirits market. But, how would the strategy play out, and what else did the brewing JV have in store to rescue its flagging volumes? just-drinks got the lowdown from the US firm’s sales president, Ed McBrien.

In early-2013, UK pharmaceutical and consumer healthcare conglomerate GSK took a look at its Lucozade and Ribena brands, and gave itself a choice: Does it sell the two or set up an investment programme? We considered the firm’s dilemma.

In the olden days, when it came to wine tasting events for the trade, big was better. In 2012, however, greater returns were coming from the smaller meet-ups, rather than the catch-alls. That’s what category commentator Chris Losh reckoned.

When Molson Coors lined up the purchase of Sharp’s Brewery in the UK ten years ago, talk turned at the time to the demise of regional brewers in the shadow of multinationals. But, as category commentator Larry Nelson argued, this was far too simplistic – and lazy – a conclusion to jump to. After all, examples of such buys around the world have shown that bigger can often be better.

Home Videos The WORLD of WINE – Wine News. Cheap wine, tasting notes and cooking with wine The World of Wine – May 2021 … END_OF_DOCUMENT_TOKEN_TO_BE_REPLACED

How to visit Napa Valley on a Budget. In this video Carson and I explain a few ways to enjoy Napa on the cheap. Tip and advice about how to visit Napa … END_OF_DOCUMENT_TOKEN_TO_BE_REPLACED

Home Videos Get To Know Argentina Wine | Wine Folly If you love Malbec, Argentina is your ultimate wine region. But that’s not … END_OF_DOCUMENT_TOKEN_TO_BE_REPLACED