An estimated 25 per cent of working Canadians have started over in jobs unrelated to what they did before the pandemic. 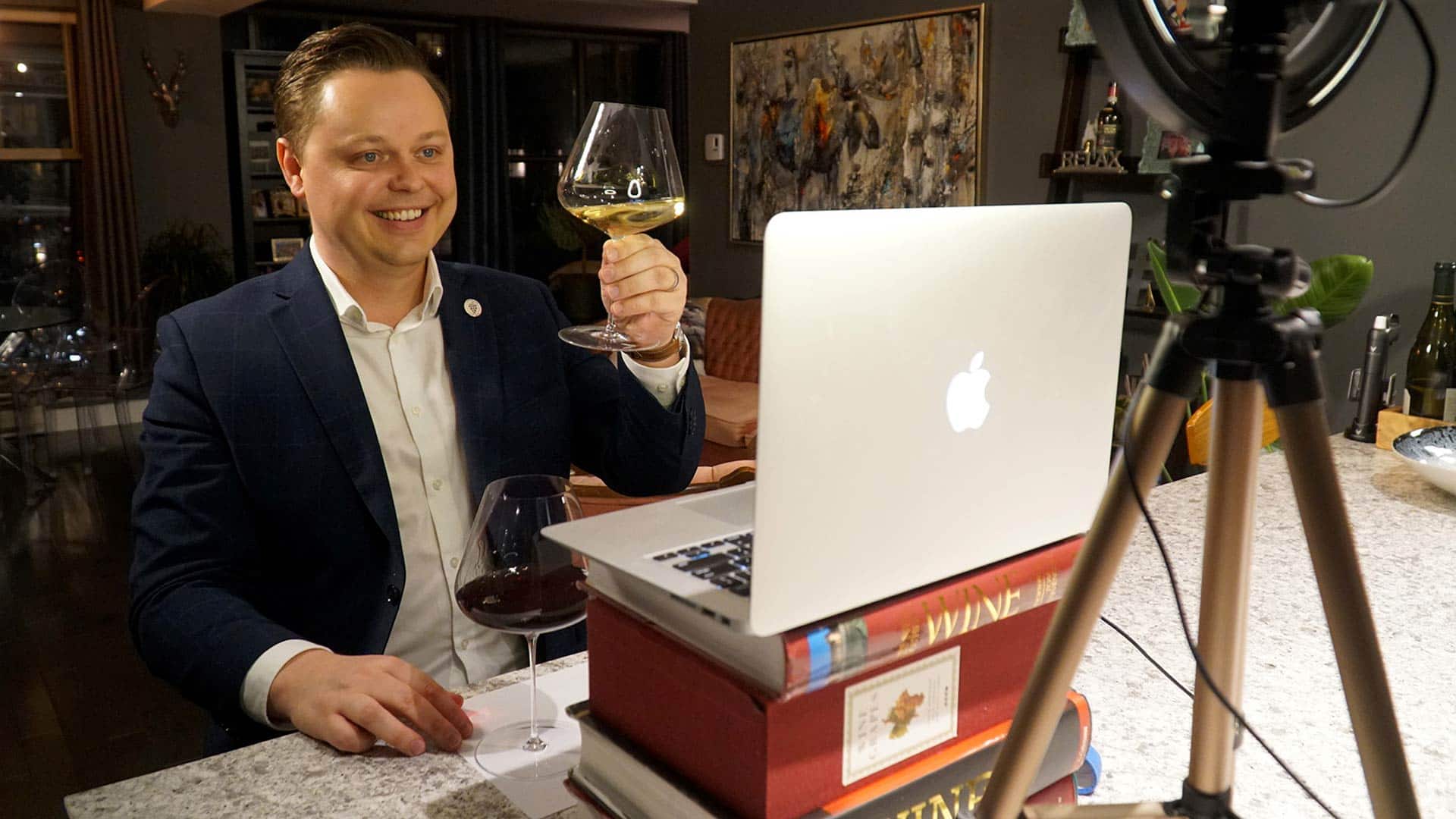 Of the roughly 400,000 Canadians who lost their job during the pandemic, one quarter have completely changed their career path. Three of these people tell David Common about the challenges and rewards. 5:23

When COVID-19 hit, Ryan Sullivan was a pilot for Porter Airlines and he loved his job. These days, though, he spends his days and many evenings leading online wine-tasting classes as a certified sommelier.

“I assure you, flying a plane I think is easier,” Sullivan said.

“The hardest thing I think I’ve done with my life, like top-five for sure, has been pivoting my side passion project into a primary livable source of income. It has been an incredibly steep learning curve.”

Statistics Canada says 3.1 million Canadians were affected by job losses or reduced hours in March alone last year when the pandemic restrictions began. In its monthly jobs report released Friday, StatsCan said there were 599,000 fewer people employed and 406,000 more people working less than half their usual hours in February this year compared to 12 months earlier.

Close to 400,000 jobs have been lost in Ontario alone over the past year, according to a recent report — many in the travel and service industries — and up to half of Canadians have seen their jobs affected in some way.

Like Sullivan, an estimated 25 per cent of working people in Canada have started over in jobs completely unrelated to what they did before COVID-19 changed everything.

Sullivan was lucky, in that he already had a strong interest in wine and was able to capitalize on people looking to participate in activities from home, but he admits the first few weeks after being laid off were unnerving.

“I mean, there was confusion, concern, without a doubt,” Sullivan said.

“We didn’t know what was happening, and it wasn’t just us, this was for all airlines who were reducing flights, laying off staff. When will we go back to normal? That was the No. 1 question.”

WATCH | Pilot Ryan Sullivan describes what it was like when the pandemic hit and he learned his airline was grounded: Ryan Sullivan, a pilot with Porter Airlines, describes what it was like when the pandemic hit and he learned his airline was grounded. 0:35

The airline industry is just one of many that has been hammered by the pandemic shutdowns. The restaurant industry was also devastated, with many restaurants unable to adapt and shutting their doors for good.

Liz Guerrier found herself in that very position last March. She owned and operated a neighbourhood pub in Toronto’s West end called Dave’s on St. Clair. She’d been doing that for 10 years and had become a fixture in the community.

When the pandemic restrictions began, her world was thrown upside down.

“Well, you know, it was already starting to peter down a little bit early in the year, you could see people were not wanting to come around, people were starting to talk about this virus. And so business was already difficult in January,” Guerrier said. “But then it was getting slower and slower, and we were running around sanitizing everything and trying to do things as safely as we could, but it was clear that it was not safe.”

Guerrier shut her doors on March 16, 2020, and never reopened them. The decision, she says, was one of the hardest she’s ever made.

“It meant saying goodbye to the business that I struggled and, for many years, worked so hard to build and, you know, that’s part of your identity. I was the person [behind] Dave’s, so it was hard to leave that,” she said.

Still, Guerrier did not pack it in as an entrepreneur. She has reinvented herself at the age of 52. Guerrier and her partner have moved to Erin, Ont., and are starting a small farm.

“Hopefully, we will be like so many farms of this size that operate on a CSA model, which is a community-supported agriculture model where you have people who sign up for shares, they purchase a share and then they get a delivery of fresh vegetables throughout the season,” Guerrier said.

Building on her experience of running a restaurant, Guerrier has had to learn about farming by reaching out to others in the area and taking courses online.

She admits the challenge has been daunting, but she also felt she didn’t have a lot of options.

“The sad fact is that at 52 years old, not a lot of people are going to hire me for much of anything, especially under these conditions where my industry, my former industry, has just been decimated,” she said.

WATCH | Liz Guerrier explains why she’s moving out of the city and starting a farm on a piece of family land: 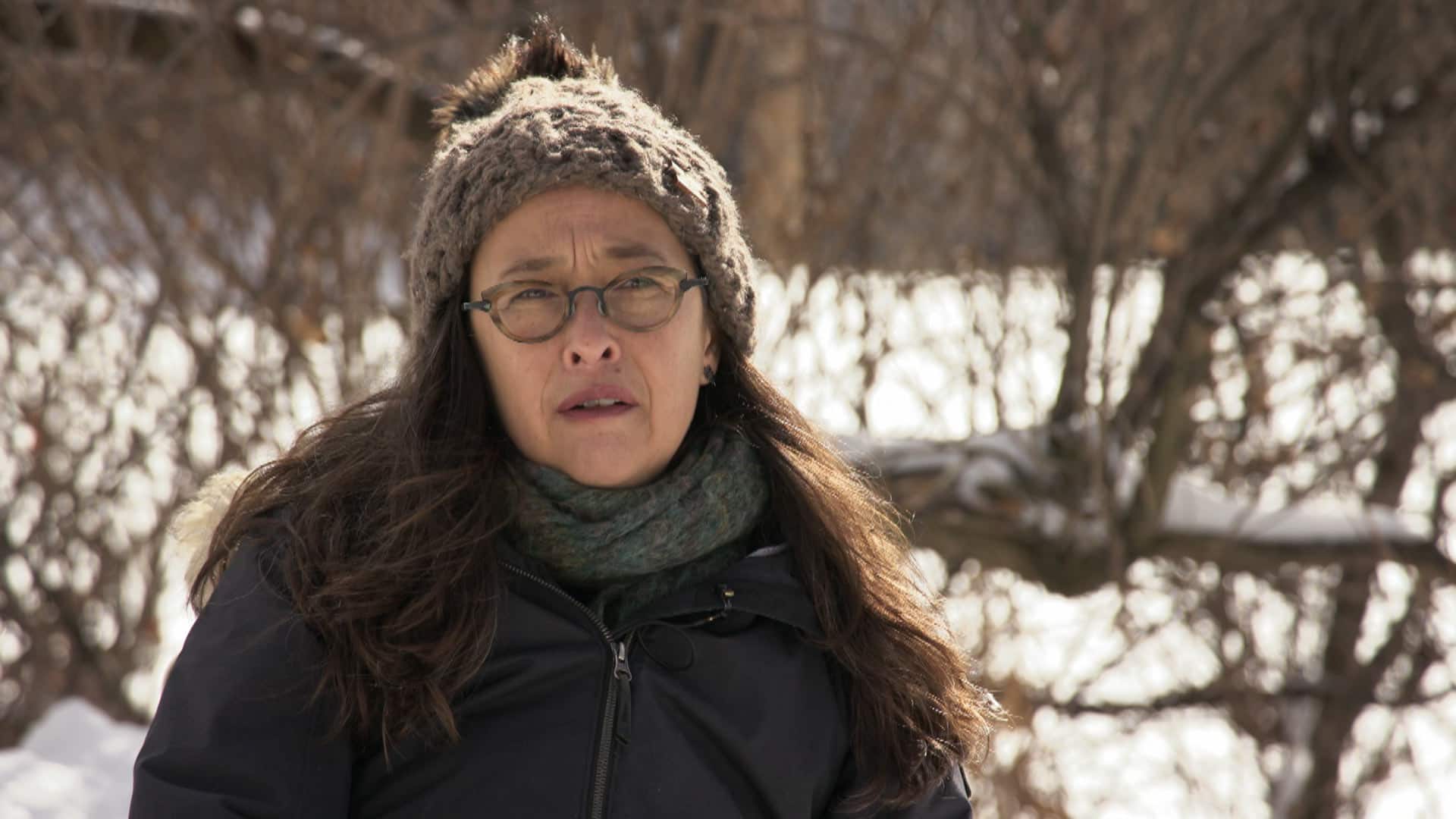 Liz Guerrier had to close her pub when COVID-19 hit Toronto. She describes why she chose to use the opportunity to move out of the city and start a farm on a piece of family land. 0:36

Meghan Hein knows a lot about that, too. When the pandemic hit, she was working as a server and bartender at two downtown Toronto restaurants. Both of them closed and the apartment she was renting was no longer available, so within a few weeks she found herself without a job and without a place to live.

“I didn’t have a lot of savings to fall back on, so it was all pretty stressful,” Hein said. “I was worried about how I was going to support myself, because I didn’t know if I was going to be able to go back to those restaurants any time soon.”

Like Sullivan and Guerrier, Hein used the opportunity to reinvent herself. By using the Canada Emergency Response Benefit (CERB) stipend she was collecting from the government, she was able to move in with her partner and his roommates and retrain for a different profession.

“My brother actually owns a software development company, and that was something that I was interested in,” Hein said.

Hein found an online boot-camp course called Lighthouse Labs that trains people looking to “reskill” for a job in the tech industry, and she enrolled. Three months later, she’d completed the course and secured a job at a tech start-up with the help of the school’s career services.

She says the switch was definitely worth it.

“The learning curve to jump into a new industry was obviously quite steep, but it’s been really rewarding,” she said.

“I feel like I have a lot more job security now. All I need is a laptop and I’m able to work, so I don’t need to have customers that I physically see. I can do it anywhere. And that’s the really great perk about working in this industry.”

Hein isn’t the only one who has moved toward a tech job during the pandemic. Lighthouse Labs has seen its enrolment almost triple since the beginning of the pandemic, and its CEO credits that to the length of the program.

“Nobody wants to take a huge amount of time [to retrain] when you’re 25, 30, 35, 40. You’re not in a position, you have some kids, you have money to make, there’s too much life going on for you to take four years or two years to change careers,” Jeremy Shaki said.

Shaki adds that people like Sullivan, Guerrier and Hein have been the school’s biggest source of new students.

“We’ve seen a ton from the hospitality industry, a ton from the aviation industry, people coming from these industries that have kind of fallen apart,” he said. “The service industry, huge amounts of people coming who were working as waiters, waitresses, bartenders, whatever, all walking in and going, ‘OK, I’ve been wanting to change careers, I’m ready, this is the time to do it.'”

Many who worked in the service industry prior to the pandemic may never go back, but some will. Although Sullivan loves what he’s doing now, for example, once Porter starts flying again he says he’ll be back in the cockpit.

“I say flying is my profession and wine is my passion,” Sullivan said. “You know, if I got a call tomorrow and they said things are looking up, cases are coming down, travel restrictions are easing, we’re ready to go flying again, I’m going to take that call.”

Watch full episodes of The National on CBC Gem, the CBC’s streaming service.

Home Videos The WORLD of WINE – Wine News. Cheap wine, tasting notes and cooking with wine The World of Wine – May 2021 … END_OF_DOCUMENT_TOKEN_TO_BE_REPLACED

How to visit Napa Valley on a Budget. In this video Carson and I explain a few ways to enjoy Napa on the cheap. Tip and advice about how to visit Napa … END_OF_DOCUMENT_TOKEN_TO_BE_REPLACED

Home Videos Get To Know Argentina Wine | Wine Folly If you love Malbec, Argentina is your ultimate wine region. But that’s not … END_OF_DOCUMENT_TOKEN_TO_BE_REPLACED