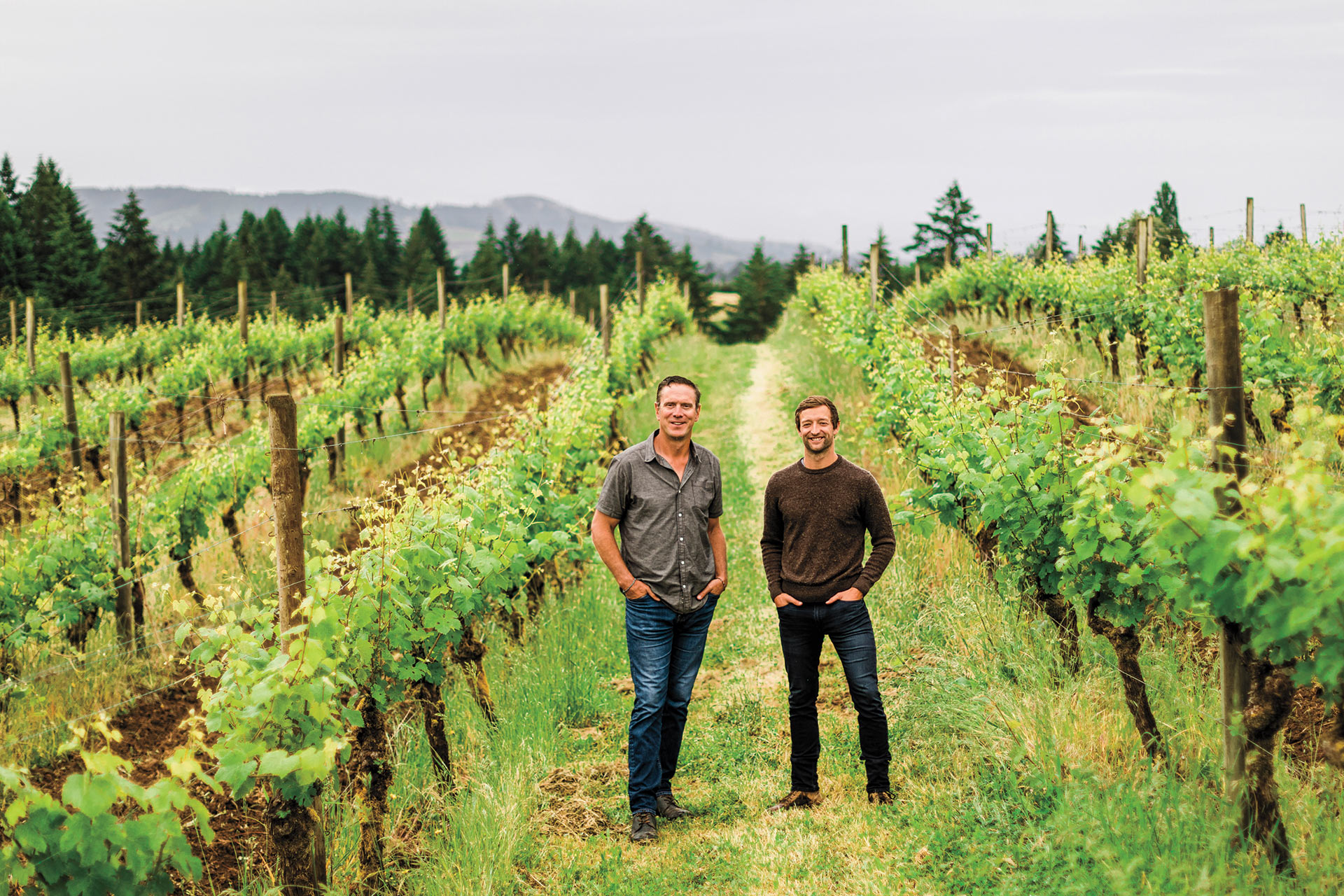 It’s been nearly 14 years since former NFL quarterback Drew Bledsoe re–invented himself as a vintner with his Doubleback wines, founded with high school pal Chris Figgins of Leonetti Cellar.

In that time, the Washington State native has applied the same drive he was known for during his tenure with the New England Patriots to produce top-tier wines from Walla Walla vines. He’s planted or acquired four vineyards, added sister winery Bledsoe Family Vineyards to his portfolio, and in October, debuted a Walla Walla Syrah and Willamette Valley Pinot Noir under a new Bledsoe|McDaniels label, launched with Josh McDaniels, Doubleback’s CEO/director of winemaking.

Here, we check in with Bledsoe to learn more about his latest endeavors.

What sparked your interest in working with Pinot Noir and Syrah?

We drink a lot of Oregon Pinot at home in Bend. We love it, and we’d talked in the past about wanting to do a Pinot Noir project. The resistance I had to New World Syrahs came from these massive, super-extracted, very ripe Aussie Shiraz-style wines.

It was Greg Harrington [founder/winemaker of Walla Walla’s Gramercy Cellars] who first planted the seed that if Syrah is picked earlier and done more restrained, it actually has more subtlety and nuance, more in common with Pinot Noir. The Gramercy Syrahs were an epiphany. They’re different. They don’t punch you in the face. Your last glass is more interesting than your first.

How did you decide to start a new project with Josh?

We didn’t know anyone doing single-vineyard Walla Walla Syrah and Willamette Valley Pinot Noir under the same label. Yet, it makes sense because both varieties lend themselves to a pure expression of place, and we love that. Josh has been doing such a great job for us, and his name’s been on the back of the labels. I thought we’ve had a great partnership and wanted to expand that, and it was the right time for him to have his name on the front of the bottle.

From where are you sourcing the Pinot grapes?

We have two sites in the Eola-Amity Hills [American Viticultural Area (AVA)], working with Larry Stone at Lingua Franca. Ultimate credit to Josh—they’re not going to give that fruit to just anybody. But guys like Larry Stone are willing to trust us. And you go where a particular grape grows best. Syrah shines here, and Pinot shines there. We’re in Walla Walla because that’s where you can grow great Bordeaux varietals and Syrah. Same in the Willamette Valley for Pinot Noir.

Oregon sat under a lot of smoke for weeks on end during recent wildfires. How has it affected your production?

Thankfully, it looks like our fruit has been largely unaffected. Our free-run juice doesn’t show any smoke taint. Our press juice is showing some smoke. We have plenty of tanks now, so we can keep all the lots separated. We will keep everything separated until we get to blending trials. We will only bottle the wine we think is worthy. We might have to come up with a new label for the smoky stuff.  “BBQ Pinot” has a nice ring to it.

How about the vintage here in Walla Walla?

I continue to be excited about the 2020 vintage. Josh and our entire team, especially our farming crew, have done an exceptional job all year. Our estate vineyards continue to mature under their meticulous care. It’s been a hot vintage, almost another 2015, but our team is fully equipped to make the best of what Mother Nature gives us. Our 2020s are shaping up to be exceptional.

Home Videos The WORLD of WINE – Wine News. Cheap wine, tasting notes and cooking with wine The World of Wine – May 2021 … END_OF_DOCUMENT_TOKEN_TO_BE_REPLACED

How to visit Napa Valley on a Budget. In this video Carson and I explain a few ways to enjoy Napa on the cheap. Tip and advice about how to visit Napa … END_OF_DOCUMENT_TOKEN_TO_BE_REPLACED

Home Videos Get To Know Argentina Wine | Wine Folly If you love Malbec, Argentina is your ultimate wine region. But that’s not … END_OF_DOCUMENT_TOKEN_TO_BE_REPLACED