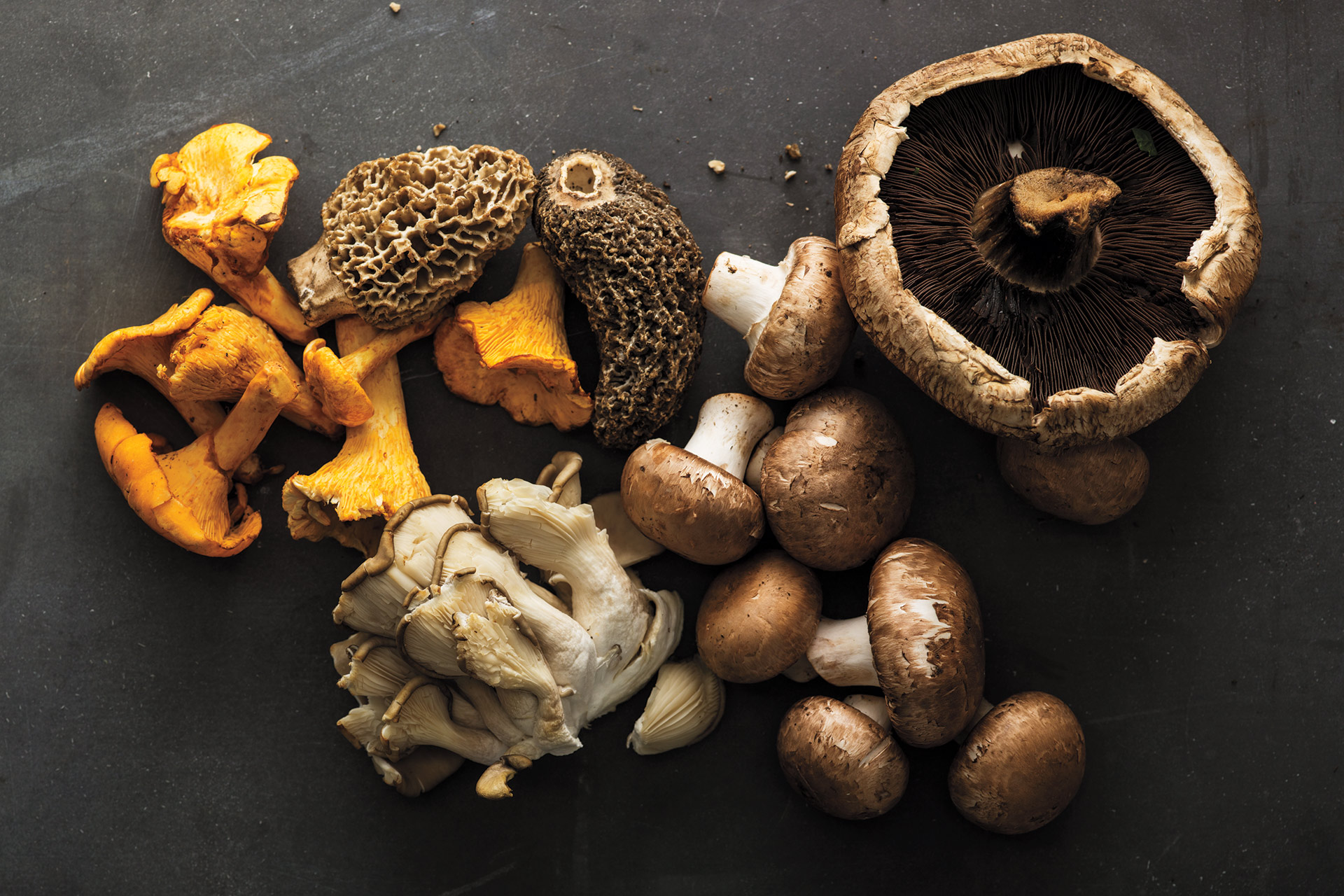 It shouldn’t be a surprise that humble mushrooms, fungi that feed on decaying matter, are such a popular ingredient throughout many of the world’s cuisines. After all, mold and yeast, two basic fungi, are responsible for turning milk into blue cheese, wheat into bread and, of course, grape juice into wine. Mushrooms can have a similar transformative effect on food, lending a deep savory character to all sorts of dishes. This intangible quality is often called “meaty,” but mushrooms have several distinct flavor components that make them a natural partner for wine.

Few foods are as earthy as mushrooms, which often taste like the soil in which they grow. If this quality appeals to you, pick a wine that will tease it out, rather than overwhelm it. Red Burgundy from the Côte de Nuits is a great earthy expression of Pinot Noir with mushroom-like undertones.

Many mushrooms, especially when raw, have a subtle peppery, throat-tickling quality akin to that of radishes. Tannins can accentuate this sensation in an unpleasant way, so try a rich white wine to smooth it out. As it ages, Rioja Blanco develops nutty, caramelized aromas and an almost creamy texture that match beautifully with mushrooms.

Many varieties of mushroom, particularly porcini and matsutake, have gentle notes of pine tree and underbrush. Off-dry in style, with woodsy, dried-fruit and citrus-peel flavors, Verdelho Madeira is both a good match for mushroom dishes and an excellent ingredient in mushroom-dominant recipes.

Home Videos The WORLD of WINE – Wine News. Cheap wine, tasting notes and cooking with wine The World of Wine – May 2021 … END_OF_DOCUMENT_TOKEN_TO_BE_REPLACED

How to visit Napa Valley on a Budget. In this video Carson and I explain a few ways to enjoy Napa on the cheap. Tip and advice about how to visit Napa … END_OF_DOCUMENT_TOKEN_TO_BE_REPLACED

Home Videos Get To Know Argentina Wine | Wine Folly If you love Malbec, Argentina is your ultimate wine region. But that’s not … END_OF_DOCUMENT_TOKEN_TO_BE_REPLACED