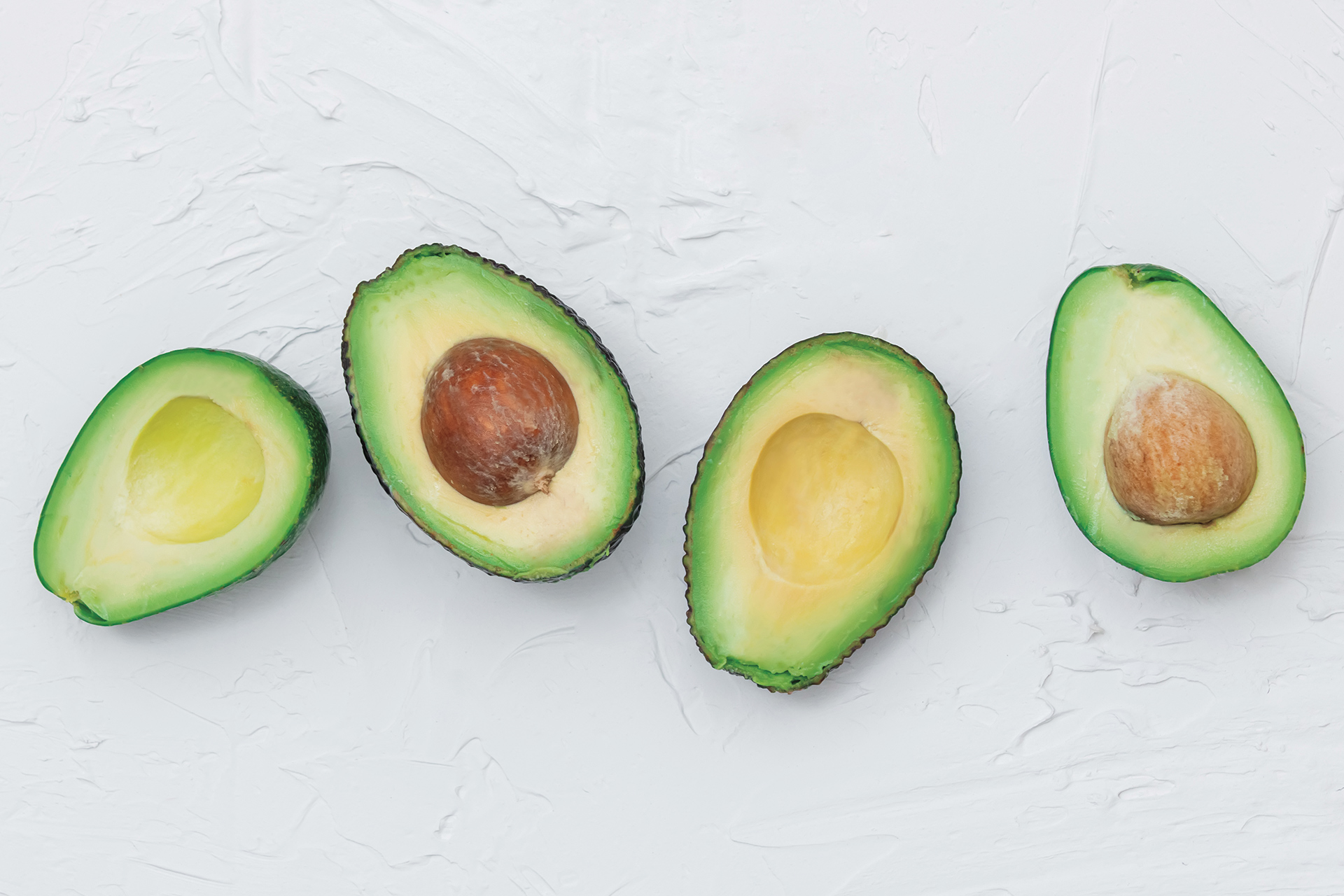 Also known as alligator pear, avocado gets its name from the Náhuatl word ahuacatl, which was used as a euphemism for “testicle” in Aztec culture. While there are more than 500 varieties, including some with edible skin and others that can grow up to three feet long, only a handful are grown commercially in North America.

In recipes, avocados work just as well in salsas, salads and sandwiches as they do in smoothies and desserts. Similarly, they can match with the entire spectrum of wine.

Avocados are sometimes used more for texture than flavor. Their silky flesh can even be substituted for butter in baked recipes. A very crisp wine will cut through all the richness and cleanse the palate. White Vinho Verde has spritzy lemon and lime flavors that make it a no-brainer with avocado toast.

An avocado’s flesh is very high in beta-caryophyllene, an aromatic compound found in cannabis, as well as cloves, black pepper and rosemary. Though avocado doesn’t taste of these things, they make a nice complement. Zinfandel, known to feature these flavors, has moderate tannins that will play well with the fruit and help cut through its fat.

Just as butter has a lactic tang, avocados have a citrus undertone, almost like a lemon or lime without the mouth-puckering sourness. With notes of berries, citrus and cream, Grenache rosé offers both a complement and contrast. It’s terrific with guacamole.

Hass avocados, the most common type in the U.S., have a faint yet unmistakable nutty flavor. Tease it out with Fiano di Avellino from Campania, which has similar notes believed to come from hazelnut trees that surround the vineyards. It also has enough body to stand up to an avocado’s richness.

Home Videos The WORLD of WINE – Wine News. Cheap wine, tasting notes and cooking with wine The World of Wine – May 2021 … END_OF_DOCUMENT_TOKEN_TO_BE_REPLACED

How to visit Napa Valley on a Budget. In this video Carson and I explain a few ways to enjoy Napa on the cheap. Tip and advice about how to visit Napa … END_OF_DOCUMENT_TOKEN_TO_BE_REPLACED

Home Videos Get To Know Argentina Wine | Wine Folly If you love Malbec, Argentina is your ultimate wine region. But that’s not … END_OF_DOCUMENT_TOKEN_TO_BE_REPLACED