NEW YORK – Ancient Greek grape varieties and the impressive modern wines made from them were featured in Wine Enthusiast Magazine (WEM) which noted that “in Greece, wine is deeply woven into the fabric of everyday society and is a central component of cultural history.”

The long history of wine in Greece was also noted as “the country is one of the world’s most ancient viticultural locations,” WEM reported, adding that “references to consumption and cultivation appear in literature and historical texts as early as the 17th century BC” and “indigenous wine varieties once favored by Hesiod and Aristotle are still produced today.”

“Wine has played a central role in everyday Greek life for more than 4,000 years,” Dr. Haroula Spinthiropoulou, a historian, viticulturist and wine producer, told WEM, noting that “evidence of a bustling wine culture and trade on islands like Crete and Santorini, and in the mainland Peloponnese region, traces to the 2nd millennium BC.”

“In addition to serving religious and medicinal purposes in ancient times, wine was central to ‘intellectual gatherings called symposia, where they would eat and talk while drinking wine, with Greek sommelier, or oenochooi, serving them,’” Spinthiropoulou told WEM. “The nutritional value of wine was well known by [them], and it became a dominant part of their diet as well as their philosophy of life.”

The ancient varieties are becoming increasingly popular today worldwide, “thanks to passionate sommeliers and wine historians, and an increasing number of progressive Greek vintners committed to protecting and perfecting these liquid relics,” WEM reported, noting that “among Greece’s more than 300 indigenous grapes, several are millennia old,” and “Assyrtiko, Limnio, Robola and Liatiko are four that draw particular attention for their world-class quality, with traditional and modern styles that align with 21st-century palates.” Let’s discover this fascinating taste of the past.

Assyrtiko is “the smoky, salty and cellar–worthy white wine borne of Santorini’s moonscape-like volcanic vineyards dates back more than 3,500 years,” WEM reported, adding that “grown in sandy, nutrient-poor soils resistant to the phylloxera pest that decimated vineyards across the world, Santorini was left untouched. This enabled the development of hearty vineyards, some of which are more than 150 years old. In fact, the island boasts some the few self-rooted vines left in Europe.”

Santorini’s wine producers use traditional techniques, including “the kouloura in which plants are pruned into a low basket around the grapes, which protects them from the island’s strong winds, hot sun and blowing sand,” WEM reported, noting that “the practice also limits the vines’ need for water.”

“Assyrtiko is a unique variety with a very distinctive character, very well adjusted to the harsh climate of the Cyclades,” Spinthiropoulou told WEM. “It has a high acidity and is rich in phenolic compounds, two elements which in Santorini’s environment give birth to a distinctive aromatic character combined with very good structure.”

“This flinty, full-bodied expression of Santorini may be the closest in style to its ancient expression, but the grape has also proven successful elsewhere,” WEM reported, adding that “increasingly, it is being planted in Attica, northern Greece, the Peloponnese and on Crete” and is “now cultivated in countries including Australia, Italy and South Africa.”

“It’s a variety that has shown it can be cultivated in different climates and soils, and while some regions give better characteristics than others, it’s difficult to find a bad Assyrtiko,” Vagelis Gavalas, the fifth-generation winemaker of Santorini’s Gavalas Winery told WEM. “We think it can be the flagship for the white wines of Greece.”

“Focusing on single expressions of the grape, the 300-year-old winery produces unoaked, oaked and wild-ferment bottlings, and its next project is a bottling produced from 150-year-old vines,” WEM reported, noting that “elsewhere on the island, producers like Sigalas, Gai’a, Argyros, Vassaltis and Hatzidakis have contributed to the grape’s global success,” and “micro-terroir bottlings, experiments in underwater aging and library tastings reveal its potential as one of the world’s great age-able white wines.”

“The variety has long been used for Vinsanto, the sun-dried dessert wine made from Santorini white grapes (including, by law, 51% Assyrtiko) with origins in the 12th century,” WEM reported, adding “while no relation to Tuscan Vin Santo, the wine was named ‘Vino di Santo’ by Venetians who controlled the Mediterranean trade routes during the Byzantine era,” and “it was later famed in 18th-century Russia for its appealing flavors of warming spices and vibrant fruit.”

“Today, elegant styles from producers like Argyros, Gai’a and others have kept it attuned to modern palates,” WEM reported, noting that “Gavalas makes a Vinsanto, in which Assyrtiko is blended with smaller amounts of native varieties Aidani and Athiri.”

Assyrtiko is also used “in sparkling wines by producers like Santorini’s Santo Wines, and in a lively retsina made by Kechris Winery in Thessaloniki,” WEM reported.

“The global wine market is now very open to unique, rare wines,” Gavalas told WEM. “We are talking about a white wine with characteristics that are difficult to be found in many wines. It’s in our hands to keep evolving the high standard of this variety.”

Spinthiropoulou told WEM that she agrees and “indigenous, native varieties can be a challenge to consumers with other Greek wines… Assyrtiko seems to be our passport to the international market.”

Limnio, the red wine mentioned in Homer’s Odyssey is “one of Greece’s oldest on record,” WEM reported, noting that it hails from the Aegean island of Lemnos, and “was a major player in the sweet wine craze that dominated ancient Greece.”

Today, Limnio is “produced both in elegant, dry, single-variety bottlings and blends, mainly in the northern Greek regions of Macedonia and Thrace,” WEM reported, adding that “Limnio is typified by moderate, silky tannins, good acidity, a pronounced mineral nose and flavors of crushed herbs and bright red berries.”

“Its full-bodied yet focused character has ‘more than a little in common with Barolo,’” George Salpindigis, viticultural director at Tsantali Vineyards & Wineries, told WEM.

“Experimentation in small plots with the variety started as early as 1975, but the winery began to more actively replant Limnio vines on Mount Athos in northwestern Greece in 2002,” WEM reported, adding that “Tsantali now blends it with varieties like Agiorgitiko, Cabernet and Grenache in its Abaton and Kormilitsa bottlings. Limnio adds finesse and brightness to the layered reds.”

“Though relatively rare, varietal bottlings by producers like Vourvoukeli Estate in Thrace and Garalis (on Lemnos) highlight Limnio’s naturally vibrant palate and high acidity,” WEM reported, noting that “both stainless steel- and oak-aged expressions offer an intriguing alternative for fans of deep-flavored reds.”

Robola is a white grape, “fresh, citrusy and lightly aromatic,” which “originates from the Ionian island of Cephalonia and is believed to date to at least the 12th century,” WEM reported, adding that “though the variety is now grown on other islands in the Ionian chain, its main production is still on Cephalonia. It’s protected under the Robola of Cephalonia Protected Designation of Origin (PDO) designation.”

“Gentilini Winery is the island’s premier Robola producer,” WEM reported, noting that “the Gentilini family has centuries-old ties to the island, but its winemaking history began in the 1970s, when Spiro-Nicholas Kosmetatos planted his first vineyard.”

“Robola has characteristics completely unique to the appellation on Cephalonia, including balanced acidity, minerality and citrus fruit,” Kosmetatos told WEM. “We experiment [with it] constantly, [because it] has so much potential.”

She added that “limited acreage and a reluctance by younger vintners to farm the existing tricky parcels pose obstacles for the category. Yet, she has no doubt the demand will be there, if people just give the wine a try.”

“It has the potential to give super premium wines of great complexity and longevity,” Kosmetatos told WEM. “If more wineries/growers follow…suit, the future of Robola is bright.”

The section on the Liatiko variety highlights Crete’s “ancient wine world,” WEM reported, noting that “vestiges of the island’s 4,000 years of viticulture seem to be found everywhere, whether you tour the ruins of Minoan wine presses or view millennia-old frescoes that depict everyday wine enjoyment. You may also stumble over the stones of antique amphorae half-submerged in vineyard soil.”

“Liatiko’s connection to Crete dates to the 2nd or 3rd century BC” WEM reported, adding that “the variety is mentioned throughout the island’s history, including in 13th-century texts (referencing the famous sun-dried Malvasia sweet wine of the time, in which Liatiko was included) and in 16th-century vineyard purchase documents.”

“Centuries-old Liatiko vineyards are found across Crete, but there are only a handful of producers that still make the variety,” WEM reported, noting that “among them are Lyrarakis Winery, Diamantakis, Economou and Douloufakis.”

“Lyrarakis has been experimenting with Liatiko in various local sites, from old vines in Sitia to high-altitude vineyards in Amari, near Rethymno,” WEM reported, pointing out that “in addition to its varietal Aggelis Liatiko, Lyrarakis produces a Liatiko rosé that showcases the grape’s brighter character.”

“The timing is right to showcase the variety’s strengths,” Bart Lyrarakis, owner of Lyrarakis, told WEM, adding that “he strives for a lighter, more delicate expression of Liatiko.”

“Consumer taste all over the world has been turning more and more to this kind of wine. It is here to stay,” he told WEM. 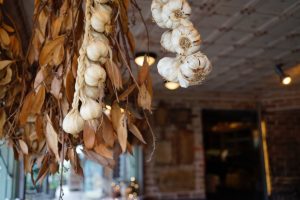 There were so many great traditional festivals and fairs canceled in 2020 because of the global pandemic, and a lot of 2021 events were also affected. … END_OF_DOCUMENT_TOKEN_TO_BE_REPLACED 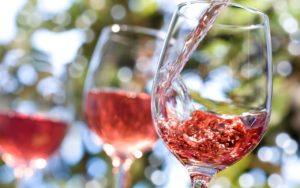 If you want a steer on the best summer wines to celebrate the easing of lockdown, who better to guide your choices than one of the world’s leading … END_OF_DOCUMENT_TOKEN_TO_BE_REPLACED 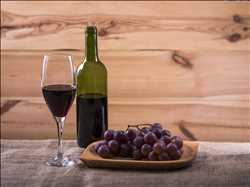