The historic courthouse building in Fort Macleod is soon to get a new lease on life. The nearly 120-year-old building is a designated historic property and has been on the market for two years. 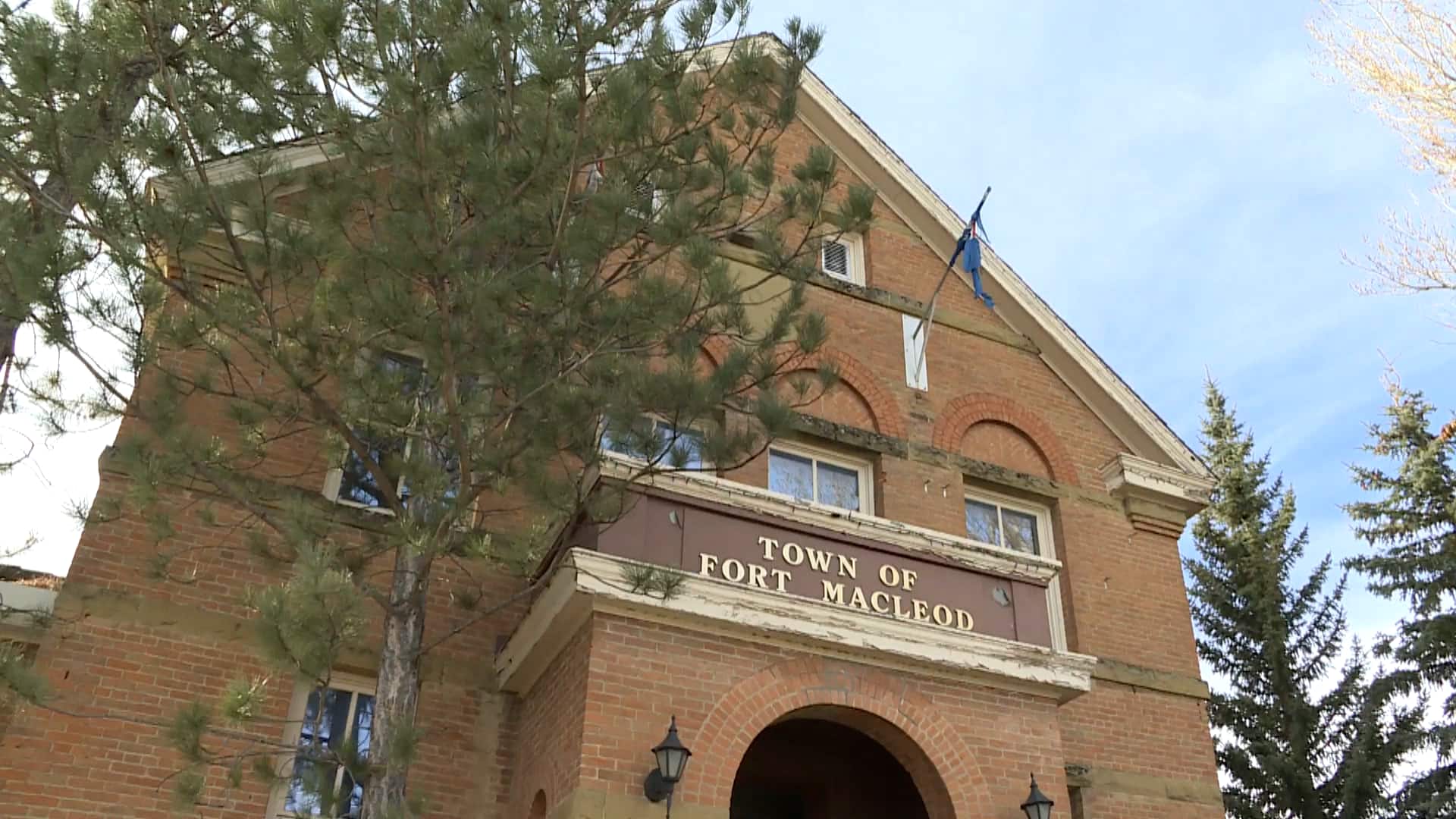 An historic court predating Alberta is up for sale in Fort Macleod. The old courthouse and town hall is on the block. The price is an easy sell, just $225,000. But with no shortage of suitors, the town has taken more than two years to make sure the new owner is the right fit. 3:17

A historic courthouse building in Fort Macleod is soon to get a new lease on life.

The nearly 120-year-old building, which is a designated historic property, is featured in both the Oscar-winning film Brokeback Mountain and Emmy Award-winning TV series Fargo.

Sue Keenan, the town’s chief administrative officer, says they have had a number of offers and are close to a deal.

“We’ve had people come through that want to use it as a personal residence, bed and breakfast, wine — like a wine store, wine cellar, wine tasting,” Keenan said.

Keenan said they even had one offer to use the old courthouse for a marijuana business.

“I thought, how ironic is that,” she said. “All the judges must roll over in their graves.”

Built in 1902, the building served as a courthouse and offices for the North-West Mounted Police.

In the late 1970s, the town’s administration moved in and maintained occupancy until the building went up for sale two years ago, listed at $225,000.

“When you look at what you’re going to get for that, it really is a good deal,” Keenan said, adding that they want to keep the designated historic property a public space.

“The consortium we’re dealing with out of Calgary have done a lot of historical buildings in Calgary, so they’re familiar with all the hoops they have to jump through, and they’re committed to keeping this building public,” Keenan said, adding she could not give more details just yet.

“I want to make sure when we have an announcement to make to our residents and the province, that the deal is a done deal.”

Keenan is hoping to make a formal announcement next week.

The building has 2,000 square feet of original flooring, beams, a hot water boiler and two heavy vaults. There is historic woodwork framing all the old doors and transom windows.

“This is old, old, old,” Keenan said as she toured the CBC’s Terri Trembath through the building, showing off the original hot water boiler from the early 1900s.

The basement, with its sandstone and exposed brick walls, is equipped with holding cells for the courthouse.

“It would make a great wine cellar, if you ask me,” Keenan said.

The old courthouse, designed by architect David Ewart from Ottawa — who also designed the Canadian Mint — has been deemed an historic landmark by both the provincial and federal government.

Eventually, the cost of upkeep and the daunting cost of renovations to a heritage building proved too much for the town.

As for the new deal, Keenan is optimistic.

“I am very confident that they will do this building justice, and the residents of the town of Fort MacLeod will be very pleased with the direction that it’s going to head.”

Home Videos The WORLD of WINE – Wine News. Cheap wine, tasting notes and cooking with wine The World of Wine – May 2021 … END_OF_DOCUMENT_TOKEN_TO_BE_REPLACED

How to visit Napa Valley on a Budget. In this video Carson and I explain a few ways to enjoy Napa on the cheap. Tip and advice about how to visit Napa … END_OF_DOCUMENT_TOKEN_TO_BE_REPLACED

Home Videos Get To Know Argentina Wine | Wine Folly If you love Malbec, Argentina is your ultimate wine region. But that’s not … END_OF_DOCUMENT_TOKEN_TO_BE_REPLACED