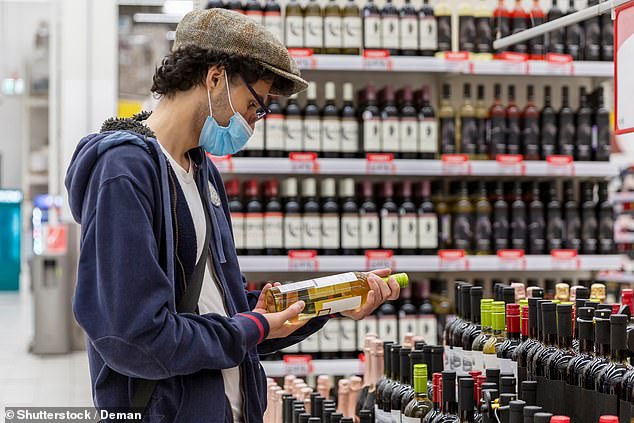 Forget the terroirs! Why we often choose wine with the easiest name to pronounce… or with pictures of giraffes, kangaroos and monkeys

By Victoria Allen, Science Correspondent For The Daily Mail

When choosing a wine, we might like to think we’re calling upon our knowledge of terroirs, grape varieties and the best vintages.

But, according to a psychologist, we are just as likely to plump for a bottle simply because it has a simple name or a pretty picture of a giraffe on the label.

Oxford University professor Charles Spence has written a review of the psychology of wine.

In it he says shoppers faced with hundreds of bottles on a supermarket shelf may be so overawed that they opt for the one with the name that’s easiest to pronounce.

According to a psychologist, we are just as likely to plump for a bottle simply because it has a simple name or a pretty picture of a giraffe on the label (file photo)

If he is right, it could explain how the likes of the deeply unfashionable Blue Nun, Black Tower and even Piat d’Or remained best sellers for years.

And, the professor reckons, those bottles with attractive, memorable images of giraffes, kangaroos and monkeys on the front also draw us in.

He said: ‘Faced with myriad Old World wines, many of us struggle to recollect the name of the one we enjoyed so much last time.

‘Part of the success of the New World winemakers, from countries like Australia and South Africa, is their introduction of ‘critter’ brands.

‘You know the kind of thing – wines with a frog, a giraffe, an emu, a kangaroo, or even a hippopotamus on the front.

‘The critter has nothing much to do with the wine, but it has a lot to do with our ability to remember and recognise the brand.

‘And, chances are, you will find it far easier to remember to ask for a bottle of Yellow Tail or Gato Negro – black cat in Spanish – than a bottle of the Hungarian varietal, cserszegi fuszeres.’

However, if you have been seduced by marketing into buying a less-than-thrilling bottle, Professor Spence reckons all is not lost.

He says psychology can also influence the way a wine tastes once opened.

The review, published in the journal Cognitive Research: Principles and Implications, provides tips on how to make wine appear better.

People prefer a tipple from a cork-stoppered bottle than one with a screw-top, he says, no matter how good the wine inside is, while drinking red wine under a red light is said to make it taste fruitier.

Studies have also shown drinkers can get greater pleasure from wine by listening to the right kind of music – with red wine pairing well with the blues, for example.

However, Professor Spence cautions against buying a wine to remind you of a holiday or other happy occasion.

The pitfall, known as the ‘Provençal rosé paradox’ after those who try to recreate sultry nights in France, does not work because the brain is influenced by surroundings – and the absence of those means the wine just does not taste the same back home.

Home Videos The WORLD of WINE – Wine News. Cheap wine, tasting notes and cooking with wine The World of Wine – May 2021 … END_OF_DOCUMENT_TOKEN_TO_BE_REPLACED

How to visit Napa Valley on a Budget. In this video Carson and I explain a few ways to enjoy Napa on the cheap. Tip and advice about how to visit Napa … END_OF_DOCUMENT_TOKEN_TO_BE_REPLACED

Home Videos Get To Know Argentina Wine | Wine Folly If you love Malbec, Argentina is your ultimate wine region. But that’s not … END_OF_DOCUMENT_TOKEN_TO_BE_REPLACED