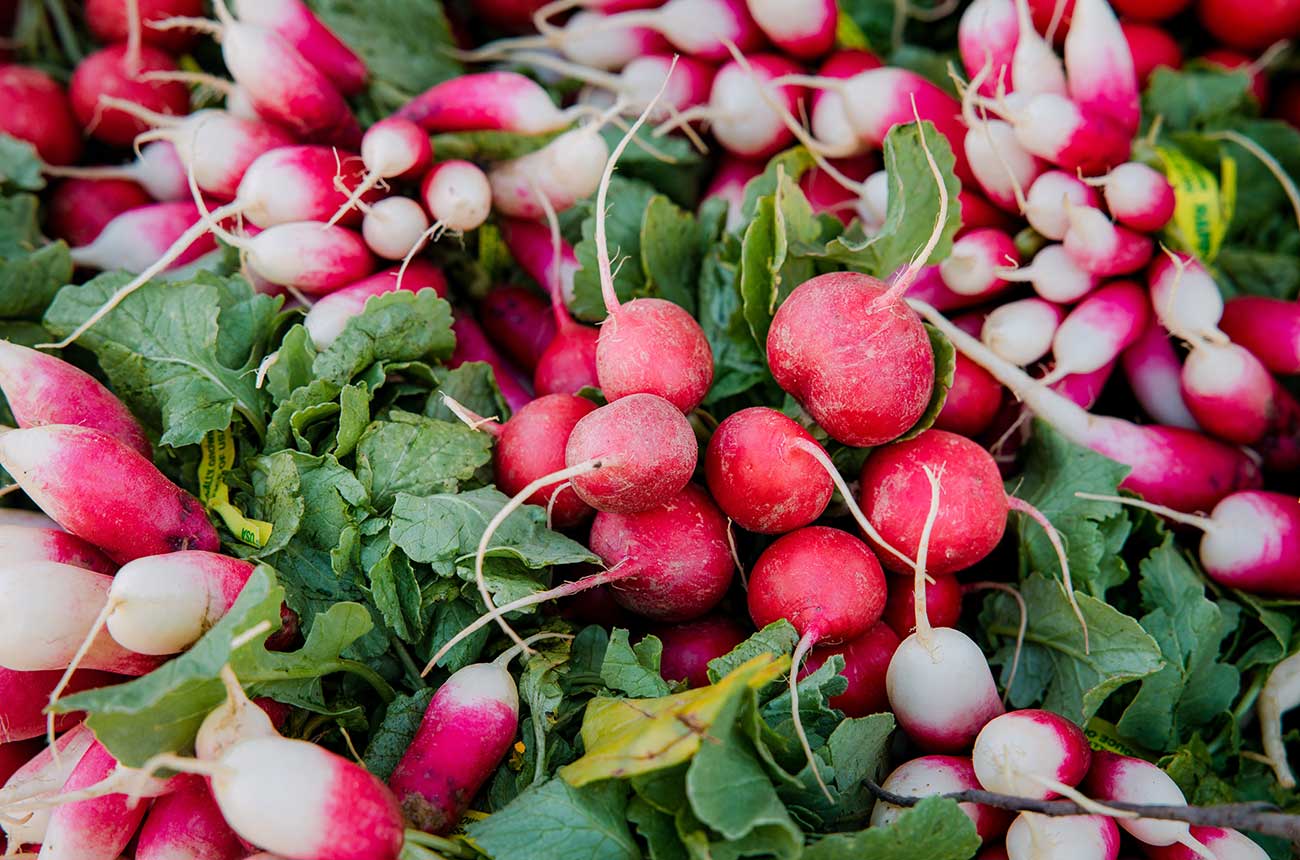 Champagne makers have long considered their wines underrated at the dinner table, arguing that the range of styles gives diners ample choice to cover a three-course meal.

Yet drinking a glass of Champagne while eating a raw radish is also one of life’s great, simple pleasures, according to Didier Depond, president of the Delamotte and Salon Champagne houses.

He isn’t the only one to support the theory.

Champagne growers’ union, the SGV, recently relaunched a domestic advertising campaign that featured a poster showing a glass of Champagne alongside a bag of radishes above the slogan ‘Champagne: reserved for all occasions’ – according to French newspaper L’Union.

There has been concern across the industry at falling demand for Champagne in 2020, and the SGV recently joined with other winemaker unions from Burgundy, Alsace and the Loire to demand more support from the French government, particularly for marketing and promotion.

Depond credits professor Jacques Puisais with putting him onto the idea of pairing radishes with Champagne, as recently widely reported by media outlets including AFP and the Telegraph newspaper.

The Delamotte president told Decanter.com that Puisais gave him the advice at the Vinexpo show in Bordeaux around two decades ago. ‘I thought, is he joking or not? I started to try and the match is just amazing,’ said Depond, who said he loves caviar, too, but now grows radishes in his garden and eats black radish with Champagne ‘every week’.

The salty, spicy and acidic profile means radish can be ‘a parallel with Champagne’, Depond said, adding that he thought blanc de blancs styles with brioche and bread-like aromas worked particularly well.

Puisais, now in his 90s, is a respected oenologist and chemist who cofounded the Taste Institute (Institut du Goût) in France in the 1970s and has written a comprehensive guide to matching food with France’s many wines.

Speaking to Decanter.com via email, Puisais explained that one reason for combining Champagne and radish is the spicy character of both – the carbon dioxide gas in Champagne bringing a ‘piquant’ character to the wine, alongside other complex aromas.

Radish appears more spicy if served with a touch of salt and butter, he said. ‘By tasting the Champagne after the radish, you will therefore find the Champagne less spicy.’

He said that food and wine pairing needn’t be a complicated business. ‘Everything is very simple in life, you just have to listen to what the food is saying to you.’

Christian Holthausen, of Champagne house AR Lenoble, told Decanter.com, ‘Radishes served with unsalted butter and [added] fleur de sel salt is one of my favourite summer starters and you can totally serve it with Champagne.’

He suggested the house’s ‘Terroirs Chouilly-Bisseuil’ rosé Champagne, made of 92% grand cru Chardonnay and 8% Pinot Noir with a low dosage of 2g/l.

‘Champagne is one of the friendliest, most versatile “food wines” in the entire world,’ said Holthausen, who highlighted aged comté, roast chicken and paté en croute as options to try with different styles.

During a recent Instagram tasting with wine critic Gabrielle Vizzavona, Depond spoke about his love of radish and Champagne matching, but also that he enjoyed fricassée of girolles with butter alongside the Delamotte Blanc de Blancs Collection 1999.

Depond added to Decanter.com that older, vintage Champagnes can also stand up to some red meats, such as venison.

Best Champagnes of 2019 tasted by our experts

Home Videos The WORLD of WINE – Wine News. Cheap wine, tasting notes and cooking with wine The World of Wine – May 2021 … END_OF_DOCUMENT_TOKEN_TO_BE_REPLACED

How to visit Napa Valley on a Budget. In this video Carson and I explain a few ways to enjoy Napa on the cheap. Tip and advice about how to visit Napa … END_OF_DOCUMENT_TOKEN_TO_BE_REPLACED

Home Videos Get To Know Argentina Wine | Wine Folly If you love Malbec, Argentina is your ultimate wine region. But that’s not … END_OF_DOCUMENT_TOKEN_TO_BE_REPLACED