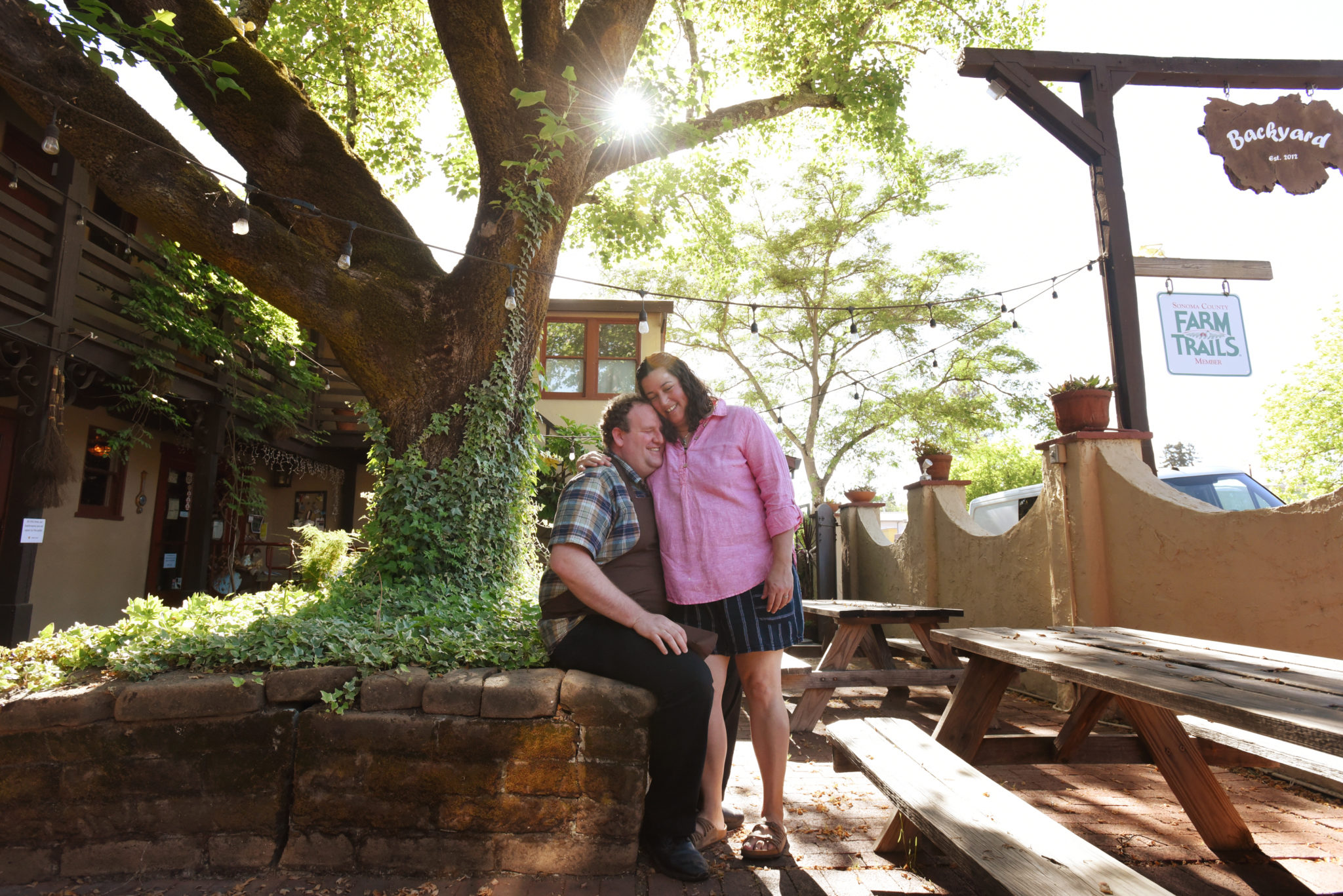 Takeout boxes of fried chicken, biscuits and honey butter were the key to the pandemic survival of Backyard restaurant in Forestville. That, and nearly 25,000 meals they prepared each week for seniors at the West County Senior Center as part of an emergency restaurant relief program.

As they prepared to reopen their dining room, still reeling from a year of uncertainty, owners Daniel Kedan and Marianna Gardenhire realized that pre-pandemic issues still loomed large, including the need for building improvements, their lease ending and a shifting west county demographic that’s reduced the number of local families coming to their restaurant.

So, last week the couple made the final decision not to reopen, informing social media followers on Monday.

“We worked our butts off to survive COVID,” said Gardenhire. “It was so hard to pull this trigger and we really grappled with this, but it was just getting really, really tough out here in Forestville.”

The story of any closure, of course, is more nuanced than a simple goodbye. Like so many other restaurateurs struggling to restart at this point in the pandemic, they couldn’t seem to catch a break.

Rural west county’s ascension as a popular vacation rental spot has driven out full-time residents, resulting in fewer families and locals coming to their restaurant, Gardenhire said. And the iconic 77-year-old building they’d leased for nine years in Forestville was no longer meeting their needs.

“We don’t know what the future holds for us. Maybe in a year we’ll do something else after the dust settles. We’re going to miss seeing those mushroom foragers walk in the front door in the fall. We’re going to miss the guests who come in week after week. For nine years we’ve fed people, but I guess it just is what it is,” Gardenhire said.

Backyard’s closure is a big blow for the restaurant community at large. Kedan and Gardenhire were at the forefront of a resurgence of true seed-to-table dining when they opened, sourcing from their own farm and small family or cooperatively owned farms nearby. Fermentation, sustainability, food justice and eliminating food waste were foundations of their food philosophy.

Kedan once made a gourmet dinner at the restaurant entirely from “garbage” — food scraps like broccoli stems, offal and other things usually meant for the compost heap. The restaurant was one of a handful to win Slow Food Sonoma County’s “Snail of Approval” for their commitment to ethically raised food. They were, and are, respected members of the local food community, and Gardenhire has been instrumental in feeding disaster survivors over the last several years.

“We’re always looking at how we can help, because at the core of what we do is feeding people. We nourish them. And when a crisis comes up, that’s what chefs do,” Gardenhire said.

While the restaurant winds down, Gardenhire is spending time making pottery and Kedan is teaching. In early July, they’ll begin cooking at Davis Family Vineyards. The restaurant employs seven full-time workers and two part-time workers. Several will be kept on for catering work, Gardenhire said.

“We’re gonna have some fun, and it will be our little home base for a while,” Gardenhire said. They also plan to serve fried chicken at the Gravenstein Apple Fair in August.

Backyard will host a fundraiser for El Molino High School on June 6. For more details on that and their Davis Family Vineyards schedule, go to backyardforestville.com.

Editor’s Note: Travel, dining and wine tasting can be complicated right now. Use our inspirational ideas to plan ahead for your next outing, be it this week or next year. If you visit restaurants, wineries, and other businesses during the pandemic, remember to call ahead, make reservations, wear a mask and social distance.

Home Videos The WORLD of WINE – Wine News. Cheap wine, tasting notes and cooking with wine The World of Wine – May 2021 … END_OF_DOCUMENT_TOKEN_TO_BE_REPLACED

How to visit Napa Valley on a Budget. In this video Carson and I explain a few ways to enjoy Napa on the cheap. Tip and advice about how to visit Napa … END_OF_DOCUMENT_TOKEN_TO_BE_REPLACED

Home Videos Get To Know Argentina Wine | Wine Folly If you love Malbec, Argentina is your ultimate wine region. But that’s not … END_OF_DOCUMENT_TOKEN_TO_BE_REPLACED