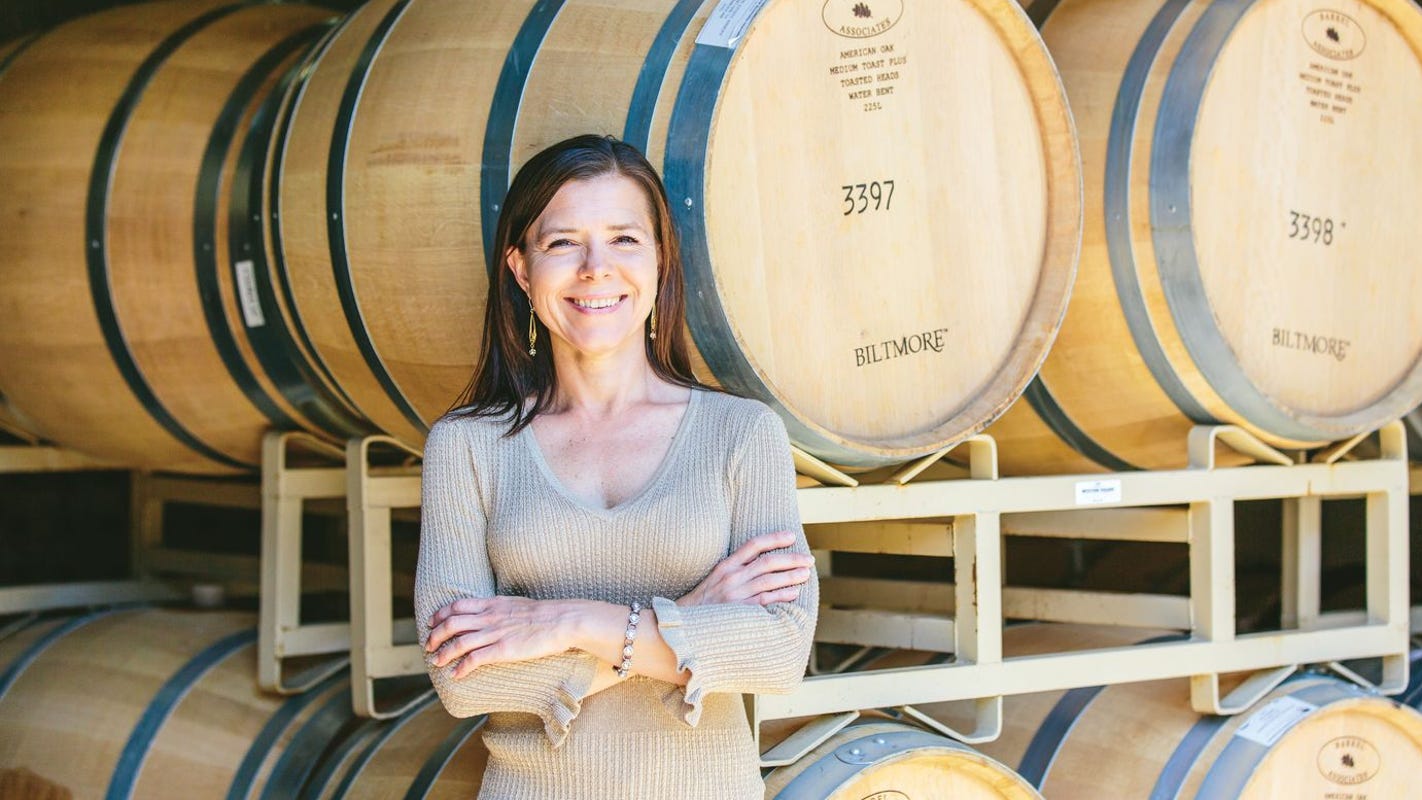 Space-aged wine is now back to Earth. A dozen bottles of the French wine were sent into space along with hundreds of grapevines for more than a year.

These women have changed the wine world for the better (and tastier), by charging into this male-dominated industry and blazing new trails.

When visiting wineries even 15 or 20 years ago, most of the women I saw were in tasting rooms and clerical offices, not on the crush pads, not in the vineyards with dirt under their fingernails deciding where and how to tend to the vines. The industry may still be dominated by men, but women are taking positions of prominence in the wine-making world, and their numbers continue to grow.

March is Women’s History Month. Countless stories have been told about women who’ve changed the world, who’ve made great efforts to balance the uneven spread sheet in many male-dominated fields.

The wine world is one of them.

I recently sat in on a virtual symposium featuring women in wine from around the world: some who’ve blazed trails in this industry; some who’ve made those trails highways; some who’ve freely traveled those roads barely aware of gender disparity.

Their stories were fascinating. Here are just a few.

The more I learned about Catharina Ras, the more I wished I could share a glass of wine with her today. In the mid-1600’s, dressed as a man, the 22 year old boarded a ship in Germany for a perilous voyage to the untamed landscape of Cape, South Africa. Her tale is a wild one, with lion maulings, five husbands and the acquisition of the farmland known today as Steenberg. It was one of the first farms in the region to grow grapes and make world-class wines.

AND: Restoratives Cafe serves restoration in Estero (and chef-crafted comforts)

Fast forward 400 or so years, and Elunda Basson, a winemaker of more than two decades, leads Steenberg’s winemaking team.

“There have been moments in my career where I felt like I was treated differently or unfairly,” she said of being a woman in the wine industry. “Since joining this team it’s been different. I’m surrounded by girl power.”

Women oversee much of Steenberg’s winery and vineyard, as well as the property’s hotel and spa.

“There is a genetic inheritance of the brand from Catharina that still holds true. Her courageous attitude is part of our ethos, our culture,” Basson said. “I feel a responsibility to continue the legacy.”

Steenberg The Black Swan Sauvignon Blanc ($25): Basson uses minimal intervention when making this fresh wine, meaning she lets nature do its thing during fermentation and aging rather than manipulating with additives. The result is a slightly effervescent, fresh and tropical wine with lime and gooseberry.

When it comes to wine regions, those on the West Coast of the United States get the lion’s share of attention and awards. Sharon Fenchak is making a name for herself not only as a woman, but as one who makes wine from grapes grown in the challenging terrain and climate of the Carolinas.

“North Carolina is a totally different animal (than California,)” she said.

There are not a lot of winemakers in that region in general, especially not women. In the 1970’s, the Vanderbilt family planted the first grape vines at their historic Biltmore Estate in Asheville and hired the first of two French winemakers.

More than 20 years ago, one of those men brought in Fenchak.

“It was unique for them to hire a woman as a winemaker or an assistant,” she said. “Often doors are shut and you just have to be persistent.”

2019 Biltmore Reserve North Carolina Chardonnay ($24): The Biltmore Estate grapes are fermented in a combination of French and American oak for a toasty nose. Medium bodied with more acidity and freshness than anticipated, this wine is reminiscent of yellow apples and croissants.

“When I first got a summer job in small winery, I never saw women in the cellar, none in the lab, just on the hospitality side,” Kathleen Inman said.

The Napa Valley native changed that, while at the same time bucking traditional farming practices to become a pioneer of sustainability with the winery that bears her name.

Wanting to plant organic vineyards some 20 years ago was not easy. Inman struggled to find the materials and support. She beta-tested many products that are now commonly used in organically minded vineyards. She was also instrumental in changing regulations, allowing wineries to recycle wastewater, among other things.

From that first summer winery job to today, Inman estimates seeing 50% more women in the cellars, along with their positive effects.

“I think the quality of wines has gone up as a result,” she said. “Women generally have better palates than men. There are studies proving more women are so-called super tasters.”

2017 Inman Russian River Valley Pinot Noir ($68): This elegant pinot from Sonoma smells like ripe red fruits and baking spices. In the glass, it has a hint of cherry cola, pomegranate and licorice. The more it sits the better it gets, and it gets really good.

Megan McCollough is an example of a winemaker who stands on the shoulders of those before her.

“I was mentored by and trained under a woman who was a powerful go-getter,” McCollough said.

While she admits to seeing men predominantly working in the cellar and women predominantly in the office, she has experienced more equality in the wine business than many of her senior colleagues.

“I don’t see it as men versus women,” she said. “I see it as people who are capable.”

2018 Smith & Hook Reserve Cabernet Sauvignon ($45): This is a new wine that McCollough says has layers of character, like the Paso Robles region and the women who work at the winery. It smells of cherry and caramel with a hint of menthol. The wine is bold, with dark fruit and a luxurious finish.

For more in-depth stories and interviews with notable women wine makers from around the world, download the Women in Wine series on Grape Minds Wine podcast, hosted by Gina Birch and Julie Glenn.

Home Videos The WORLD of WINE – Wine News. Cheap wine, tasting notes and cooking with wine The World of Wine – May 2021 … END_OF_DOCUMENT_TOKEN_TO_BE_REPLACED

How to visit Napa Valley on a Budget. In this video Carson and I explain a few ways to enjoy Napa on the cheap. Tip and advice about how to visit Napa … END_OF_DOCUMENT_TOKEN_TO_BE_REPLACED

Home Videos Get To Know Argentina Wine | Wine Folly If you love Malbec, Argentina is your ultimate wine region. But that’s not … END_OF_DOCUMENT_TOKEN_TO_BE_REPLACED