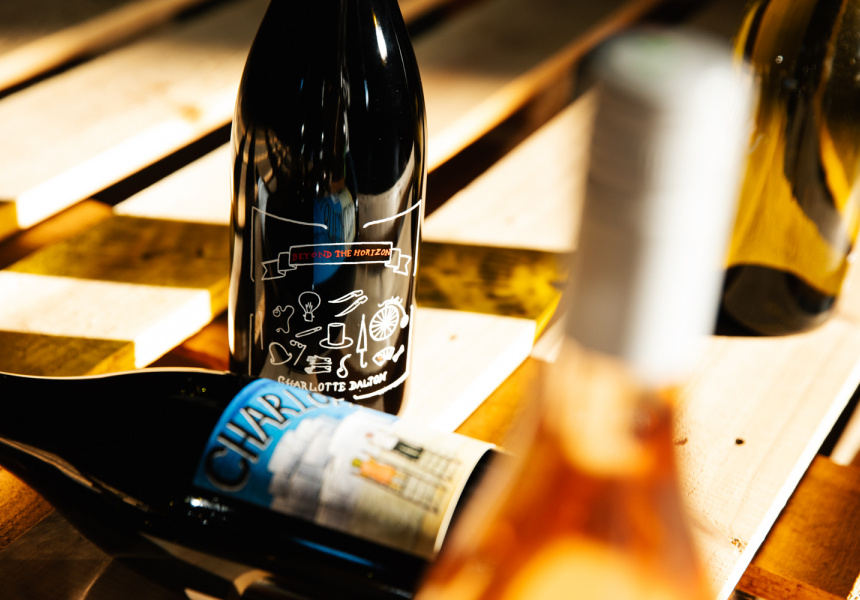 After being cancelled last year, Tasting Australia is back with an impressive program for 2021. The combination of an Avengers-esque line-up of local and national talent plus clever programming makes for a distinctly South Australian celebration of eating and drinking. While big ticket events such as the Vosne to Vougeot Burgundy wine tasting and the Krug Champagne tasting at the Exeter Hotel have turned plenty of heads, festival drinks curator Nick Stock says Tasting Australia is an event everyone can enjoy.

“The festival program is very diverse,” says Stock, one of the country’s leading wine writers and wine show judges. “Any way you want to look through the drinks offering – be it from a price point, stylistic point of view, type of producer or scale of producer – I really work hard to make sure there’s a broad and representative range of things on offer.”

Or in practical terms, guests can drink anything from wine made by Penfold’s, one of Australia’s best-known global brands, to small-scale, handmade wines from tiny two-person operations such as Somos. Wine styles are equally diverse and range from world-renowned fortified wines to off-piste blends and experiments. In addition to curating events and choosing drinks for said events, Stock also works with winemakers to produce festival-exclusive bottlings that can only be enjoyed at Tasting Australia. (At last count, this year’s festival will feature six exclusive Tasting Australia-only bottlings.)

But even if you don’t try these exclusive wines, good drinking is assured, both at the festival and within South Australia’s wider dining and wining landscape. According to Stock, these are (just) five of the producers that make the state such an exciting winemaking force.

We’re pouring Charlotte’s wine in the festival. She has a fantastic cellar door down in Port Elliot, which is down on the south coast, which is over the back of McLaren Vale and in-between McLaren Vale and Langhorne Creek. She’s bravely established her little winemaking operation down there. Charlotte’s wines are amazing and she’s doing great things in all areas of her game and really participates in the industry. She shows real leadership and is an inspiring, newer producer.

Tasting Australia does a lot with Yalumba and its suite of wines. They’re a family-owned business that was established in 1849 and they do so many different things in so many different styles. They do everything so well. They’re sort of a big business that runs like a small business. We’ve got some special large-format bottlings of wines that we’ll use at dinners. They’re a great, great partner and have a wonderful cellar door up in the Barossa.

Fizz is the ultimate festive wine drink. When it comes to celebrating things, there should be a lot of fizz involved. Kate and Hamish Laurie from Deviation Road are blazing a trail of quality and leading the way for the Adelaide Hills region in terms of producing world-class sparkling that is uniquely Adelaide Hills in style and provenance. The Adelaide Hills delivers a style of wine that has this blazing intensity with pin-point purity that allows producers like Deviation Road to deliver great bottle-fermented, traditional-method sparkling. It’s the climate. It’s the geology. They’ve also got a fantastic cellar door and do a lot of education.

Is there anything more South Australian wine than Rockford? Probably not. It’s like the ultimate icon of modern South Australian heritage. As part of this year’s program, we have an East End Cellars Masterclass session with four next-generation members of important South Australian family wine business. There’s Sophie Melton from Charles Melton; Jessica Hill-Smith from Yalumba; Justine Henschke from Henschke; and Holly Bousignac from Rockford, who is [Rockford owner] Robert O’Callaghan’s niece and she’s taking over running Rockford. They’re all from very traditional brands that have a very traditional audience, but for them, it’s speaking to the next generation of wine lovers and saying, “Hey, this is your generation in these businesses that you probably need to get to know.”

If you had a winemaking Olympics, Stephen Pannell would be a gold medalist for sure. He’s an incredibly talented winemaker and deeply authentic in his approach to everything, he has stepped out and established his own label with his wife, Fiona. And he’s taking such a long-term point of view with setting up his business. He bought a vineyard with a bunch of natural vegetation in the most historic part of McLaren, right next to the Hardy family property. He’s embarked on this land rejuvenation program for the whole of the property that uses carbon sequestering biochar technology. We’re doing an event down there where people go out, walk around the vineyard, taste wine, learn about the site and experience the natural landscape.

Tasting Australia runs from April 30 to May 9.

Home Videos The WORLD of WINE – Wine News. Cheap wine, tasting notes and cooking with wine The World of Wine – May 2021 … END_OF_DOCUMENT_TOKEN_TO_BE_REPLACED

How to visit Napa Valley on a Budget. In this video Carson and I explain a few ways to enjoy Napa on the cheap. Tip and advice about how to visit Napa … END_OF_DOCUMENT_TOKEN_TO_BE_REPLACED

Home Videos Get To Know Argentina Wine | Wine Folly If you love Malbec, Argentina is your ultimate wine region. But that’s not … END_OF_DOCUMENT_TOKEN_TO_BE_REPLACED